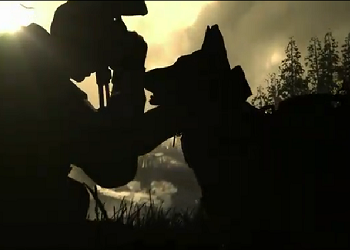 The writer of Traffic lends his artistic talents to improving COD‘s storytelling.

When Activision announced Stephen Gaghan – screenwriter of the Oscar-winning film Traffic – was writing Ghosts, a lot of people were impressed with his credentials. But the truth is Infinity Ward has worked with Oscar-winning Hollywood writers before and the process hasn’t been that fruitful for the videogame studio. They have a few meetings, submit a few scripts, and that’s it. In contrast, Stephen Gaghan has been completely hands-on in the formation of Ghosts‘ story and wants to be a vital part of the team for the simple challenge of being able to express himself in a new medium.

“He asked for an office,” said Mark Ruben, executive producer on Call of Duty: Ghosts. “We said sure. And he’s been in the office with us, meeting with the designers, hanging out with us until late at night playing ping pong. Stephen is one of the team.”

Ruben said Gaghan is really interested in the unique storytelling challenges of videogames. “He’s a [film] director too, and he knows all about these obscure French films I’ve never heard of,” Ruben admitted, especially one – the title of which eluded Ruben – in which the main character never speaks and is never seen by the audience. Sound familiar?

Gaghan brings his talents to the writing of Call of Duty and one of his goals is to improve the pacing. In the past, COD games have had a blistering pace of action piece after action sequence, but the presentation of three levels shown before the start of E3 show a balance between stealthy advances and shoot outs.