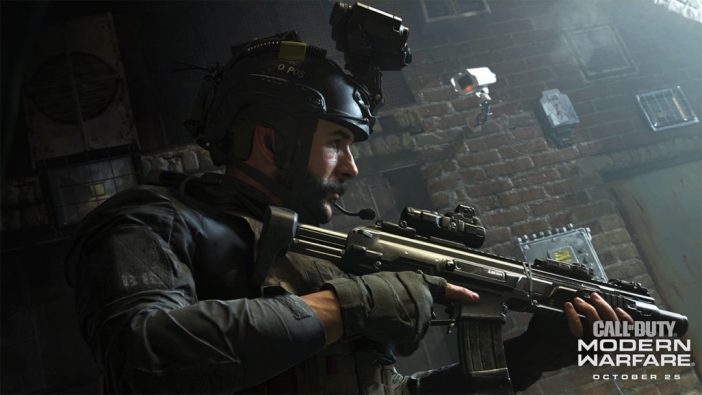 Announced on Infinity Ward’s official Twitter account, the developer revealed that it will show off a “fast-paced, 2v2 multiplayer mode” called Gunfight at 10 a.m. PST tomorrow.

We're excited to announce that @LEGIQN, @ProSyndicate, @TylerTeeP, and @CouRageJD will be streaming live from the studio to debut Gunfight, a new, fast-paced, 2v2 multiplayer mode in #ModernWarfare! Tune in tomorrow at 10am PST!

LEGIQN, ProSyndicate, TylerTeeP, and CouRage will all be streaming the game for the reveal. Up till now, no footage has been revealed of the multiplayer, and rumors have suggested it will be a much different experience.

Publisher Activision has been mostly silent since the game’s reveal a few months back. However, Yahtzee got the chance to check out some gameplay behind closed doors at E3 2019. With regard to the narrative, Call of Duty: Modern Warfare looks to be taking a more controversial stance this time around:

We saw a brief narrative section where Captain Price and about twenty guys in infiltration gear sneak into a small-town house in London, kill the lights and systematically murder room after room of civilian terrorists. [The demonstration] made a big thing of how they’re bringing Modern Warfare even more up to date to reflect a new age of warfare where the enemy doesn’t wear uniforms, and frankly it all gives me a slightly creepy ‘hey, everyone spy on your neighbors’ pro-oppressive government sort of vibe.

Tomorrow’s gameplay will be strictly about pulling the lid off of multiplayer though, so stay tuned for any updates on tomorrow’s event.