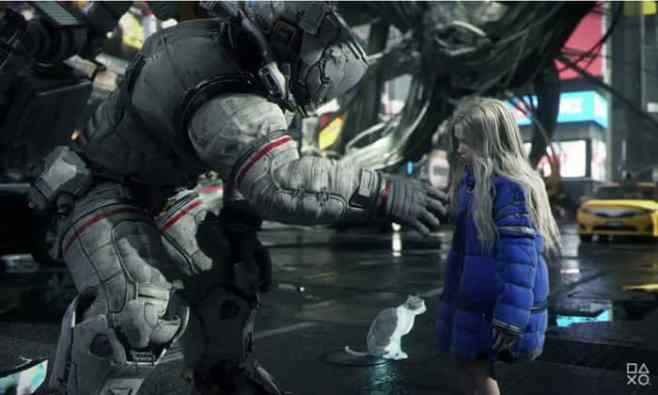 The reveal trailer is a strange one — that’s for sure. Pragmata exudes a similar feeling to that of Death Stranding. It shows what looks to be an astronaut walking down the street in an abandoned city. He comes across a young girl with a hologram cat when all of a sudden a giant rift tears through the sky and they are pulled towards it, along with other objects in the surroundings like cars.

The young girl seems to have some sort of power where she can materialize equipment, as the astronaut uses a gun to create a bubble net around them, shielding them from falling debris. They eventually fly through the rift and land on the Moon. The girl asks, “What is that?” as she stares at Earth, and the astronaut replies, “Freedom.”