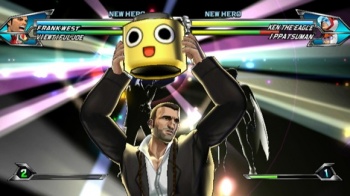 Due to a lapsed licensing deal, copies of Tatsunoko vs. Capcom could become very hard to find.

If you’ve been meaning to pick up a copy of the 2010 fighting game Tatsunoko vs. Capcom: Ultimate All-Stars but just haven’t gotten around to it, time is running out. Due to Capcom’s licensing deal with Tansunoko lapsing, the publisher can no longer sell the Wii game in either physical or digital capacities. According to Capcom Senior Vice President Christian Svensson, it wouldn’t resume publishing “unless Japan were to strike a new deal,” though he didn’t elaborate on whether that would ever be a possibility.

Though Amazon has already stopped selling Tatsunoko vs. Capcom in an official capacity, you may be able to find copies at your local retailers, and GameStop’s website claims to have used copies in stock. Once stores sell through their new copies (if they even have any left), the market for the game will depend entirely on sellers of used copies.

When Marvel vs. Capcom 2 went out of print, the price of used copies of the Xbox, PS2, and Dreamcast version eventually rose far beyond its original retail price. So if you already have a copy of Tatsunoko vs. Capcom, you might want to hold on to it, because it could be worth more than you paid for it someday.