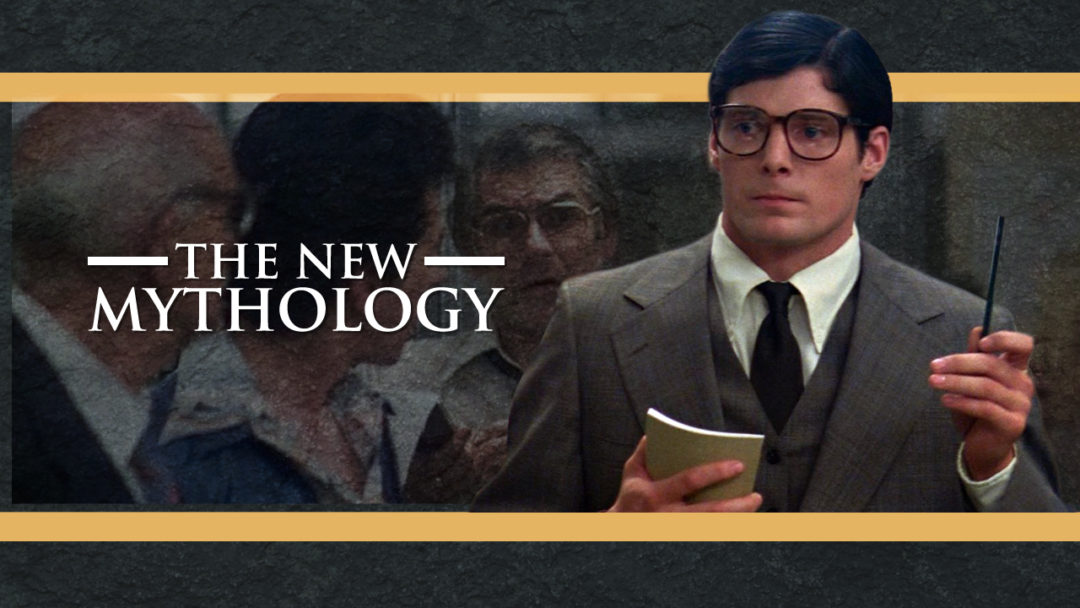 This past week, a man boarded a United Airlines plane wearing a T-shirt that read: “Rope. Tree. Journalist. Some assembly required.” Another passenger complained about the message, which he said was not simply a bit of snark but a death threat against members of a fairly common profession, which could include other passengers. United didn’t confront the passenger in the shirt but escorted the complainer from the plane.

That shirt has been frequently spotted at pro-Trump rallies around the country. While the message may be unusually harsh, the underlying sentiment is an old one. It’s the idea that reporters are out to get you.

Over a decade ago, vice presidential hopeful Sarah Palin ripped the press for their “gotcha games” after she was unable to field questions about what books and newspapers she liked to read. Ronald Reagan helped create the modern era of political public relations to avoid embarrassment at the hands of the media. He wanted to avoid the fate that befell Jimmy Carter, whose approval ratings tumbled when the press reported that he was attacked by a vicious swamp rabbit while fishing.

The problem has gotten worse over time. People don’t trust the motivations of the press anymore, convinced that reporters are just after big scoops, front-page bylines, and taking down their enemies. And like so many things, it’s all Superman’s fault. 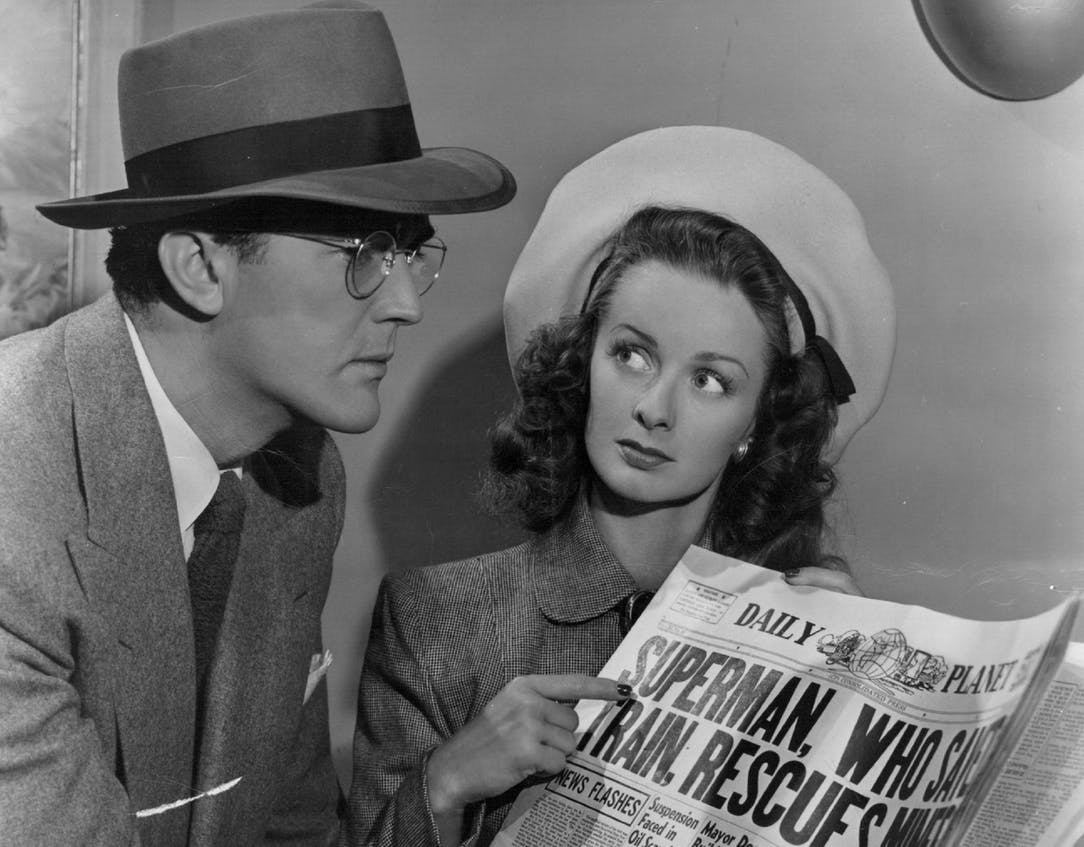 With a few notable exceptions, the common perception of journalists is patently untrue. Journalism is not a glorious, cushy, or well-paying profession. The starting salary for a reporter is below $30,000 a year in many markets around the country, ensuring journalists spend decades driving used cars, living in poorly furnished apartments, and making student loan payments that never seem to put a dent in the principal. They often find themselves working late nights, weekends, and holidays.

The work itself is fairly straightforward, too. You get assigned a story by your editors, make some phone calls, and schedule some interviews. You see what the people involved in a story have to say, check to see if there are any dissenting opinions, and then interview those people too. You then spend several hours marveling at how nasal and horrible your own voice sounds as you transcribe the interviews.

You turn in the story to the editor, then wake up the next day to discover that the version that appears in the paper is only 60 percent of what you turned in because it had to be cut to make room for a half-page ad for the local mattress store’s going-out-of-business sale. The headline, also picked by someone else, isn’t what you would have chosen. Then the Twitter death threats start to roll in. 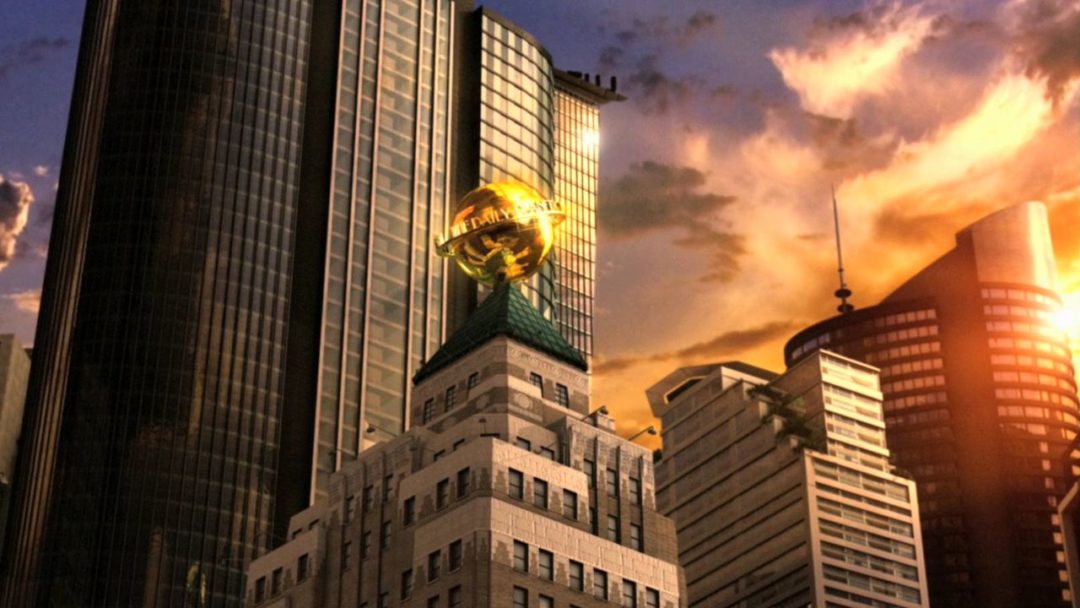 So how does it relate to Superman? More specifically, to the dual threats of Clark Kent and Lois Lane, the two star reporters at the Daily Planet, which is essentially the DC Comics version of the New York Times. When Superman was created in the 1930s, putting Clark in a newspaper industry made perfect sense. It’s one of the only jobs where you can wander away from your desk for hours at a time and nobody will really wonder what you’re doing.

It also afforded Clark an opportunity to do things like investigate the city’s criminal underworld during his alter-ego hours, setting up pins that Superman could knock down later that day. Pairing the almighty Superman with a snappy, strong-willed career woman who can still make him feel intimidated was a stroke of genius, which explains why their relationship has continued for nearly a century while so many other superheroes can’t seem to find the time to settle down.

But across their many interpretations, Clark Kent and Lois Lane are two of the most hacky, unethical, unprofessional journalists in all of fiction. They would be immediately fired from most respectable publications, or at least moved off the news desk to the opinions section where they wouldn’t cause any lawsuits.

Clark’s lack of professionalism is, of course, largely hidden from the public and a crucial part of maintaining his secret identity. As Clark, he reports on his activities as Superman, often “interviewing” himself for pieces. But as Clark, he also regularly reports on Clark. In both the comics and television adaptations like Lois & Clark: The New Adventures of Superman, Clark will write a story where he is the central focus of, say, a plot to be murdered by the mob because of his meddlesome ways. 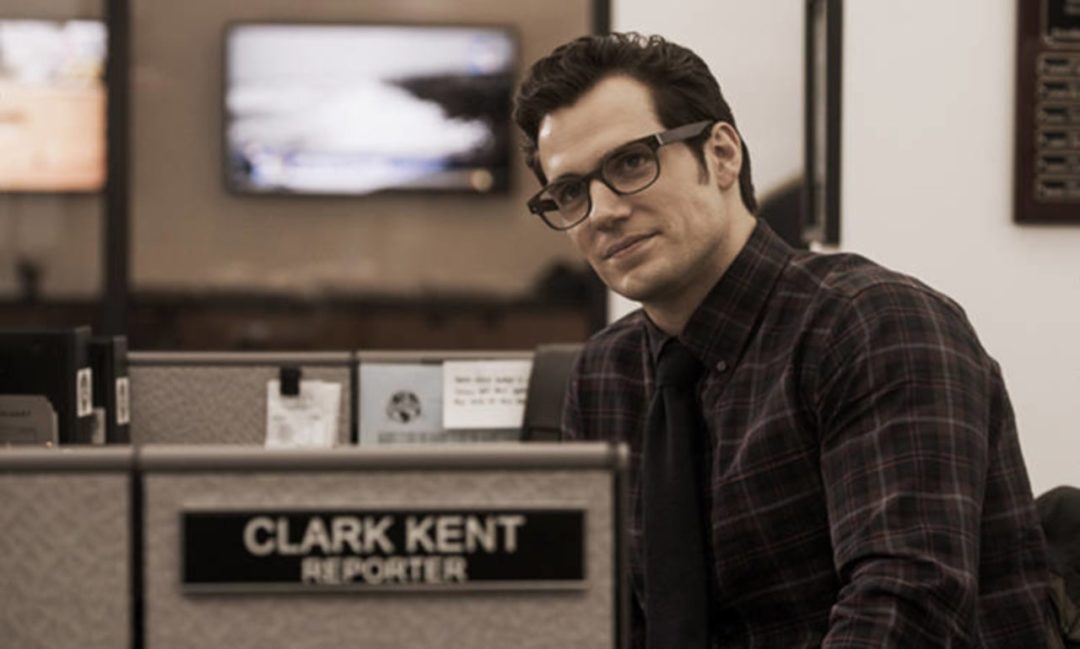 Bafflingly, these stories always end up being award-winning rather than being criticized as a horrifying conflict of interest. Just like how the NYPD would never let a detective investigate his own wife’s murder, a real newspaper would never let a reporter cover their own death threats. Pass that off to Jimmy Olsen. The kid’s eager.

Lois is even worse. In the movies, she slides seamlessly between writing hard news stories and flowery opinion columns. In Superman Returns she actually wins a Pulitzer for her piece, “Why the World Doesn’t Need Superman.” Yet, when Superman comes back, Perry White forces her back onto the Superman beat as if the Planet’s readership would trust the journalistic integrity of a woman who penned an award-winning hit job on the boy in blue.

On the few occasions we see Lois acting in a professional setting, like a press conference, her questions are usually blunt and skewed, which would make it very hard to get a good quote. The movie iterations of Lois Lane also frequently can’t spell, which is an odd quirk in a profession that usually requires extensive copyediting classes to get your degree.

Speaking of journalism degrees, most permutations of Lois and Clark don’t have them. In an overcrowded profession and a lopsided economy where even seasoned professionals are struggling to hold onto their jobs in the face of layoffs, Lois and Clark often get their gigs by just wandering into the Planet and presenting a firm handshake to the boss. You know, the way Boomer parents always tell you to get a job. 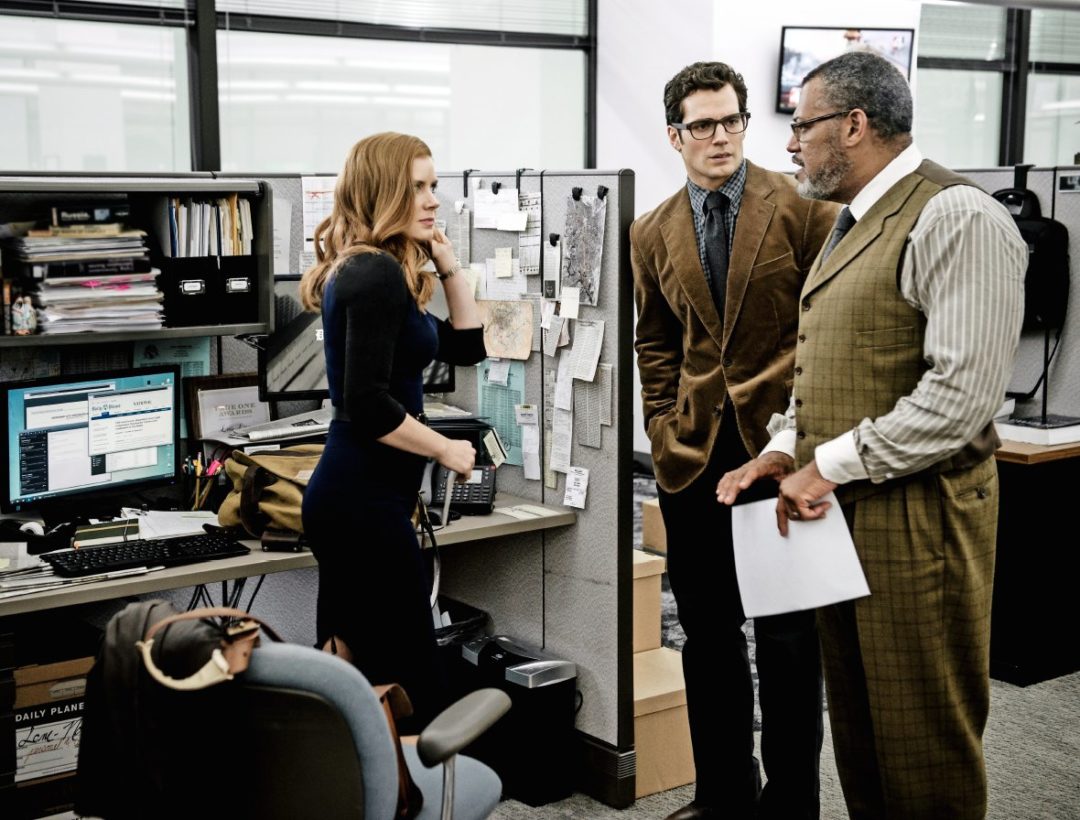 In Superman (1978), Clark leaves Kansas at 18 and spends the next 12 years learning about Krypton in the Fortress of Solitude before heading to Metropolis. He immediately gets a job because… he types really, really fast. He has no degree or published clips. Maybe Jor-El’s hologram taught him identity theft.

Smallville has an even worse portrayal of journalism. Erica Durance’s Lois Lane gets her gig despite having no degree or formal training. On the few times we see examples of her work, the articles are written in the first person. There are no sources, no interviews, and no documentation, just Lois writing a “What I Did on My Summer Vacation” essay that gets her a job at the biggest newspaper in the world. And she still seems more committed to journalistic principles than Chloe Sullivan, the Lois equivalent from the earlier seasons, who eventually left the show perhaps in part because the actress was helping to run a sex cult.

All of this — the Wild West attitude to reporting and fact-checking, the ease of getting into the industry, the lack of need for degrees, certifications, or clips, and even the blatantly opinionated writing can all be sourced back to one specific issue: the fact that these characters were created in the 1930s. 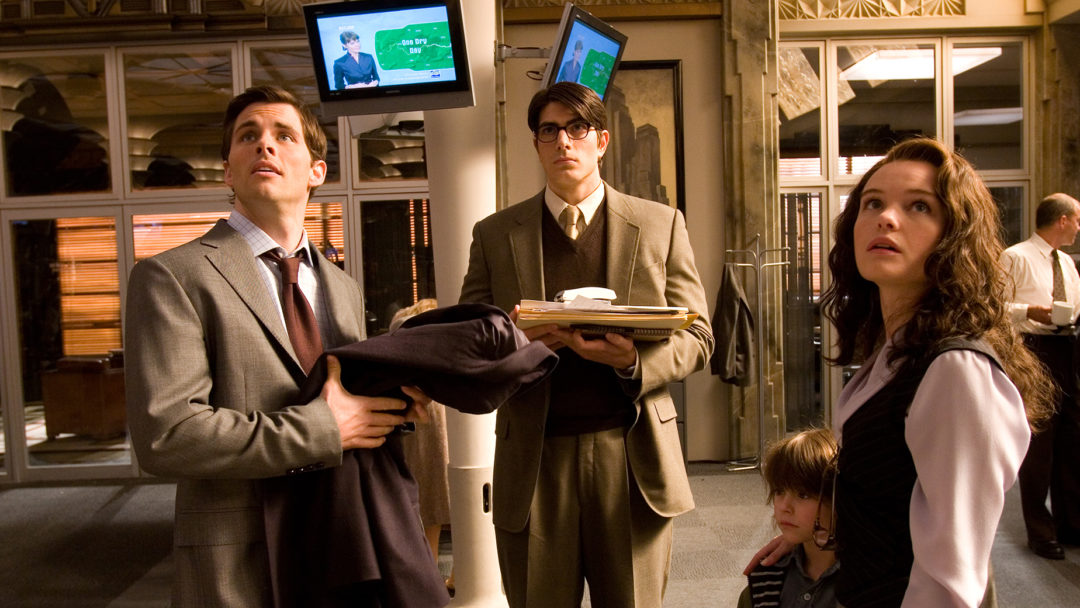 The journalism of the 1800s and early 1900s — the era that would have informed the original creation of Lois and Clark — was very different than it is today. Newspapers were frequently owned by nonprofit organizations, political parties, and labor movements that had specific goals in mind or a cause around which they were rallying.

You can see this in the names of old papers like the Emancipator, the Union, the Democrat, some of which bear those names to this day. The idea was to lure people in with local news, weather forecasts, comic strips, and movie showtimes, and then smack them in the face with your editorial section. You’d woo people to your cause while also  getting some money to help fund it.

The late 1800s was full of what was known as yellow journalism, papers that used sensationalist scare headlines, tawdry photos, misleading information, exclamation points, and other tactics to compete for circulation. This would have been the public impression of journalism when Jerry Siegel and Joe Shuster first created Superman. During the 1930s, attending college was fairly rare and not considered a necessity to getting a job. You really could wander into a newspaper and get hired if the right people liked your vibe. Typing really fast wasn’t the expectation but a real job skill. 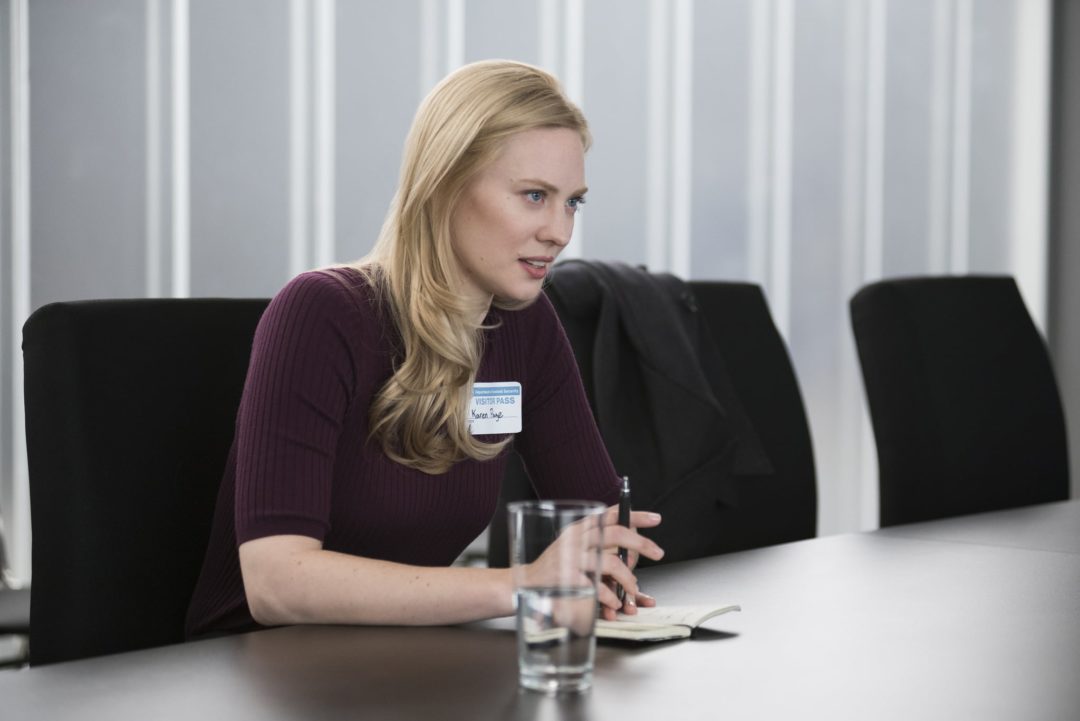 Superman has spawned numerous imitators, and he is by no means the only journalist to appear in comics or superhero stories. They are all fairly awful at their jobs. Recently, Karen Page on Netflix’s Daredevil demonstrated a whole bunch of these qualities: getting a position she was unqualified for, receiving a corner office on her first day, and generally proceeding to do a terrible job of actually reporting the news. She also gets to write about whatever she feels like instead of having to spend three years covering school board meetings before they let her anywhere near a piece on city corruption.

Vic Sage (The Question), Teenage Mutant Ninja Turtles’ April O’Neil, Shazam’s Billy Batson, and Batman’s Vicki Vale all demonstrate these qualities to a certain degree. The two most accurately portrayed characters involved in journalism in all of comics are Spider Jerusalem of Transmetropolitan because he’s basically just a futuristic Hunter S. Thompson employing gonzo journalism, and Peter Parker because he is grossly underpaid, doesn’t gets promoted to full-time staff, doesn’t get dental insurance, and is frequently in danger of being evicted from his apartment.

Why does this matter? What does this have to do with a T-shirt that says, “Rope. Tree. Journalist. Some assembly required”? Because most people don’t get a lot of exposure to the behind-the-scenes world of journalism. These comic book reporters and their costumed alter-egos shape common expectations of what a journalism job is like. When people attack the press for being biased, angry, and unprofessional — usually after their own misdeeds have been caught on camera — these attacks fit in nicely into the public perception of a job that anyone can do, and that it is often done by people with specific goals, or even specific targets, in mind. 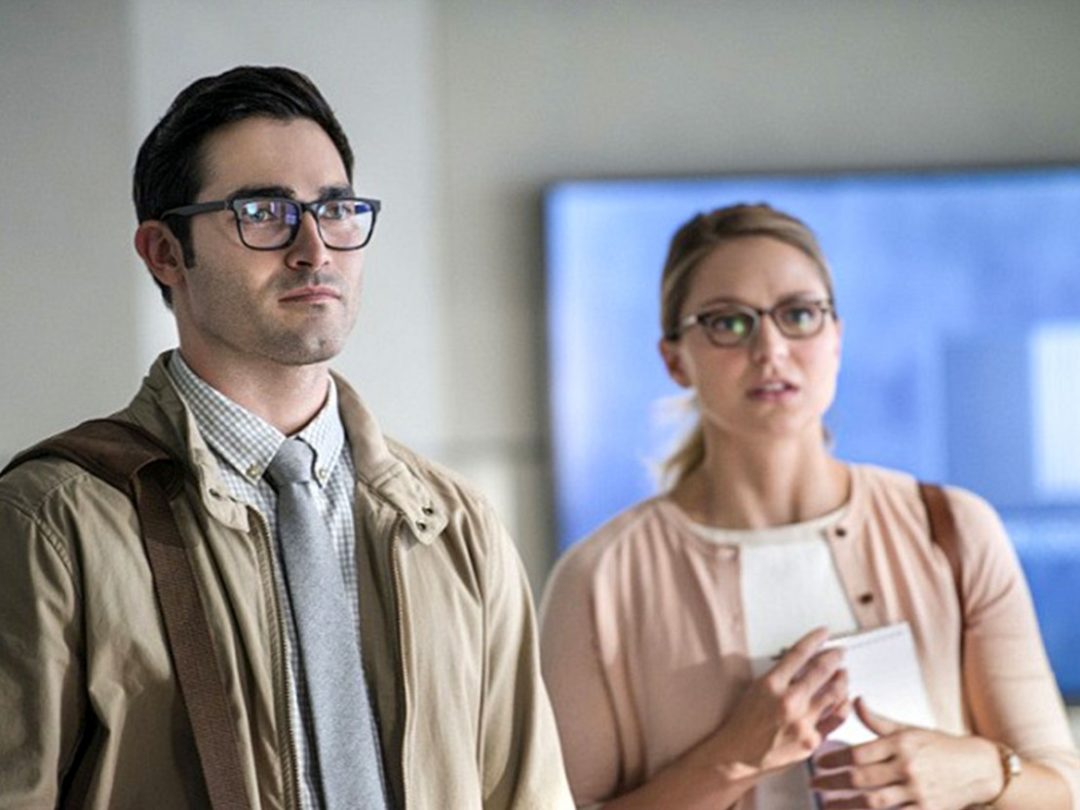 If journalism were portrayed more accurately in comic books, people might have a better sense of the job and how it is just as unbearable and ephemeral as the gig economy most people are now suffering through. It’s a job that is typically very difficult to get, requiring years of schooling to get a specialized degree. Journalists climb the ladder slowly, spending years covering dull meetings, local politicians, and human interest stories.

It’s an underpaid job and an easy one to lose. One mistake can get you fired and make it difficult to work in the industry again. It’s a job done almost exclusively by people who love and value the profession so much that they can overlook being behind on their car payments or missing Thanksgiving dinner with their family this year because they have to sit in an empty newsroom listening to the police scanner and watching the AP wire tick in. Their reward for all this is seeing people wearing a T-shirt that says they should be hanged.

The one thing that most of these comics, shows, and movies have right is that reporters are the good guys — and are doing their best to fight for truth and justice. Portraying their careers more accurately would improve their stories and the lives of their real-world counterparts.