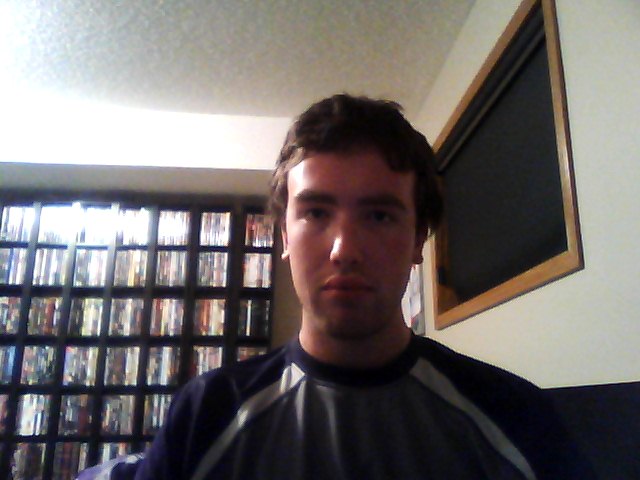 Escapists come in many different flavors.

Some folks are lurkers, preferring to quietly observe from the shadows. Some have the urge to contribute, to be seen, and they often go on to become regular posters, maybe even penning a user review or two in their free time. An even smaller subsection of site users find that they want to give even more back to the community that’s become their haven over time. Those people end up becoming moderators.

Marter is one of those people, and at the meager age of 19 he’s a full fledged mod, running the User Review forum almost entirely by himself, and somehow finding time on the side to do his film studies homework.

We had a chance to pick his brain, and here’s what he said:

How long have you been a member of The Escapist and what first brought you here?

I’ve been a member since October 2009, after lurking for a good while before then. I was brought here like most people (as is becoming a trend in these Spotlights): by Yahtzee. A friend told me about his reviews, saying they were very funny. Me, being very into videogames at the time, decided to check them out. I eventually figured that the forums here would be an improvement over those at GameFAQs, and I was right. I’m still here, after all!

It would probably be blasphemous of me to say anything other than Escape to the Movies, simply because it deals with the subject matter I like the most. However, the Jimquisition has, as of late, been the most entertaining for me. I like Jim’s take on things, even when I don’t necessarily agree with it. The things he says need to be said, and the fact that he actually listened to fan input after the first couple of episodes is admirable.

We hear tell you write user reviews, can you tell us a little about that?

Yeah, I write the occasional review. 😉

When did you get started overall?

I started writing a few video game reviews way back in January of 2010. My first review ever was for Assassin’s Creed II, which I enjoyed. I can’t really remember the why behind that review, only that I enjoyed writing it and decided to write some more. I even got a $30 Amazon gift certificate for a review of MLB 10: The Show.

When and why did you start writing on The Escapist?

The middle of August, 2010 was the first time I posted a review on The Escapist. It was a review of the film The Happening. I wrote this one with more of a purpose than my game reviews: I felt like it was a really fun film and people had taken it much too seriously, and therefore it didn’t get the moderate praise (as a funny movie) I believed that it deserved. So, I wrote a semi-positive review of The Happening, which isn’t something most people can say.

It was only a little while later that I decided to make my little review series daily, and, save for a day here or there, and a month break I took last summer, I’ve stayed true to that. I’ve currently got over 700 film reviews posted on the forums here.

You’re also a moderator on the site. What was that change like for you?

It wasn’t a very big change. At least, not initially. When I started as a moderator, I only had a single section to deal with: User Reviews. I made the changes necessary (it got cleaned up, basically), and after that, moderator life was easy. It was only a few months later that I started moderating all sections of the site, which is a lot more work (User Reviews isn’t exactly “busy,” and anyone reading this should help change that!).

Apart from the workload, though, there wasn’t a big change for me. I haven’t changed my interactions with people because of my position, except that I can now actually do something if someone asks me to, say, lock their thread. Instead of pointing someone else’s direction, I can just do it.

Do you think being a moderator affects your ability to write reviews, or visa versa?

It hasn’t thus far. I have enough time and energy for both!

What’s the myth about moderators that you’d like to debunk most?

That if you report a post, it will be dealt with right away and if it isn’t, it must be a mistake. You see this often enough, where a user will send a message either to you or to the Moderation Team user group, asking why Post A wasn’t dealt with, sometimes only a few hours after it was reported.

We will get to it. Even a single report puts it in the queue so that we’ll look at it. However, if it’s the only report that the post has gotten, it will be down at the bottom of the queue. It’s ordered by number of reports, so that the higher the number means that we’ll see it sooner. I know that when I go through the queue, I start at the top and work my way down. If the post you reported is at the bottom, a moderator might end up not getting to it before real life gets in the way. You log in, deal with the high priority ones (remove the spambots, for instance), and if you don’t have time, the rest gets left for a little while. Such is life. The moderators are busy; most of us either work full-time or are in post-secondary schooling.

And, of course, there’s always the possibility that the post did not warrant any punishment.

What are your interests outside of the site?

I would be remiss and out of character to not mention my adoration for The Scorpion King 3: Battle for Redemption. In fact, some people are probably wondering how I managed to go this long without professing my love for it. It is, without a doubt, the most enjoyable movie I’ve ever watched. And I will tell that to anyone, as many people have probably noticed by now.

Apart from that, the cinema is my passion. That is my area of study in university, that is what takes up the majority of my free time, and it’s that which I enjoy the most. At this point, most people ask me what my favorite genre is, or if there’s anything I dislike about film, and my answer to both of those questions is “no.” It all has the potential to be good or bad.

I really enjoy sports, too, with my favorites to watch being baseball (go Blue Jays!) and hockey (I am Canadian). I played soccer for a good 14 years of my childhood, since the age of 3, and although I’m not playing it anymore, I coached my sister’s team last season and I am doing some of that this year, too, just on a smaller level.

I like videogames, too, although I’ve been growing more apart from them in the last couple of years. I’ve only bought three games this year, two of which were very recently (Borderlands 2 and Pokemon Conquest). Last year, I think I only bought a couple as well. Gaming doesn’t take up as much of my life as it once did, although I will still occasionally go on a binge and play for an entire Saturday.

Do you have any pets? If so, we’d love some pictures.

I have a rabbit named Spoddy. I got him almost a decade ago, and he’s still going quite strong today. The best I can do for you is a picture of a picture, as I’m not with him at the moment. 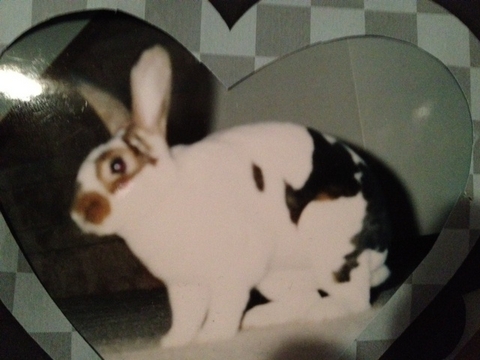