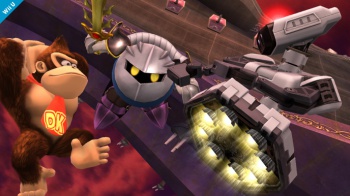 Smash Bros. game director Masahiro Sakurai says he had to appeal to casual players to ensure the game’s future.

Competitive Super Smash Bros. players and Nintendo have historically not seen eye-to-eye, an atitude that, to be fair, has improved in recent years. But now, game director Masahiro Sakurai may be digging up old wounds, by telling us that the competitive playerbase alone cannot sustain the game.

In an interview with a Japanese magazine, Sakurai stated that “if we direct Smash only at the competitive players, it will have no future.” He clarified by stating that the game needs the casual player-base to thrive, and tried his best to make a title that would appeal to as many kinds of Smash Bros. fans as possible.

Sakurai states that if he wanted, he could have make a hardcore-only Smash with faster speeds and more inputs, but beginners would be alienated. Everyone needs to be accommodated and while there is some technical skill involved, it should be easy to pick up.

What do you think of Super Smash Bros. For Wii U and Nintendo 3ds? From what I’ve seen, the competitive opinion of it seems to be “better than Brawl, but not as good as Melee, meaning competitive Smashers will remain chained to their CRTs for at least another generation.

First of the Year