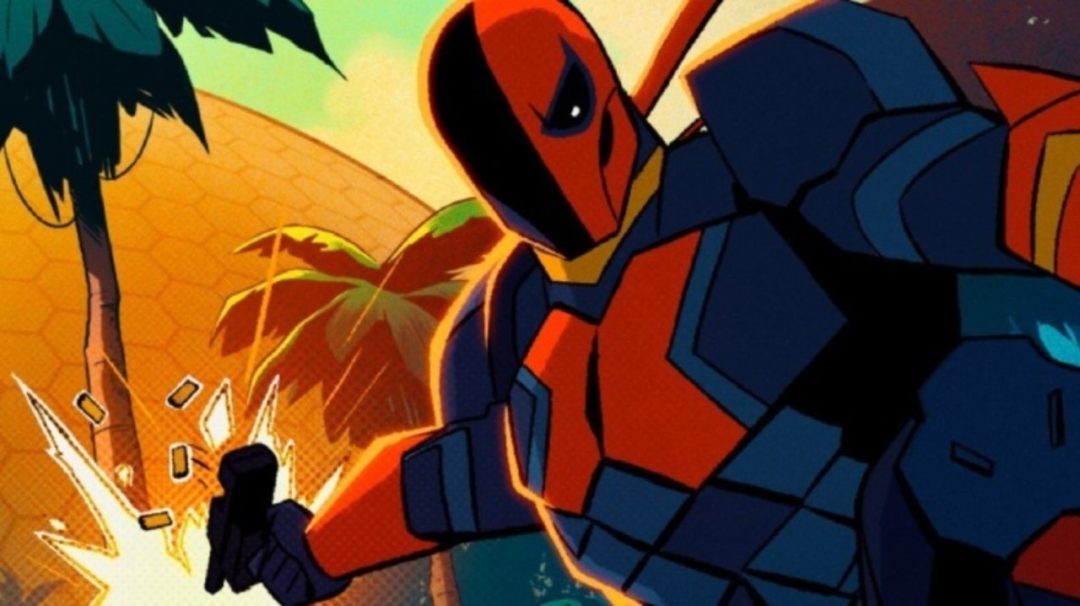 CW Seed, the entirely free streaming service for the CW, has its next “big” show coming to it in the form of Deathstroke: Knights & Dragons. The show’s release date of Jan. 6 was just announced in an eight-second teaser that features a still image of Deathstroke doing what Deathstroke does: shooting people. Yes, that’s Jan. 6, 2020, as in three days from now.

#Deathstroke is coming. Stream free on January 6 only on CW Seed. pic.twitter.com/Fw4rbjsTGU

The show focuses on the titular hitman Deathstroke, aka Slade Wilson, whose wife and child were killed 10 years ago after he made a terrible mistake. The anti-hero’s family is once again in jeopardy as the evil Jackal and the terrorists of H.I.V.E. are hunting him down. The series will be 12 episodes long and features the voice of Michael Chiklis as Deathstroke, which is a bit odd given Manu Bennett already played the character on Arrow.

However, the series appears to be completely separate (or as separate as any DC TV content can be given the Crisis on Infinite Earths storyline) from the Arrowverse and is instead looking to tell a fresh story with an interesting character all its own. The rest of the cast is rounded out by Sasha Alexander, Chris Jai Alex, Faye Mata, Griffin Puatu and Asher Bishop, with famed comic writer J. M. DeMatteis penning the scripts.

This isn’t CW Seed’s first attempt at an animated DC superhero show. The streamer also plays home to Vixen and Freedom Fighters: The Ray, both of which, unlike Deathstroke, are part of the ever-expanding Arrowverse. They’ve had general success with the series on the whole, perhaps in no small part because everything is free to watch. In a world of ever-increasing streaming services with ever-increasing subscription prices, that’s a nice thing to have.