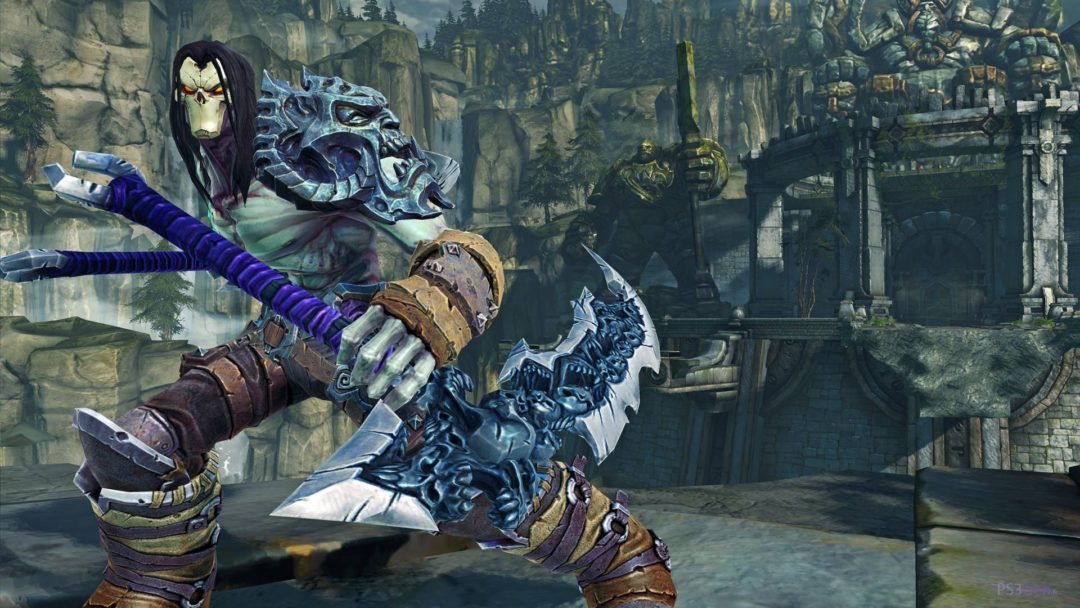 Darksiders II first came out for PlayStation 3, Xbox 360, Wii U, and PC back in 2012. In 2015 the Deathinitive Edition came to PlayStation 4, Xbox One, and PC, so the Switch is the final current-gen platform to get the re-release.

The Deathinitive Edition contains the base game, all its post-release DLC, and a host of other tweaks and improvements. Darksiders II got three pieces of story DLC — The Abyssal Forge, The Demon Lord Belial, and Argul’s Tomb — which together add about three hours to the game. A number of weapon and armor DLC packs will also be included, like the Angel of Death Pack and the Deadly Despair Pack. The Deathinitive Edition additionally rebalances the game’s loot distribution and tinkers with its graphics, especially its lighting engine.

The equally punny Darksiders: Warmastered Edition came to Switch in April, and the upcoming spin-off Darksiders Genesis hits Nintendo’s console sometime this year, which will soon leave last year’s Darksiders III as the only entry in the series to not get a release on the platform.

Reviewing Darksiders II back when it first came out, the Escapist’s Yahtzee Croshaw said, “It is nice for a AAA game to not be too short for once, but you don’t get any points for that if you’re boring, because you’re just making more boring. And it is boring.” Ouch. Fortunately for the game, he is in the minority with that opinion.