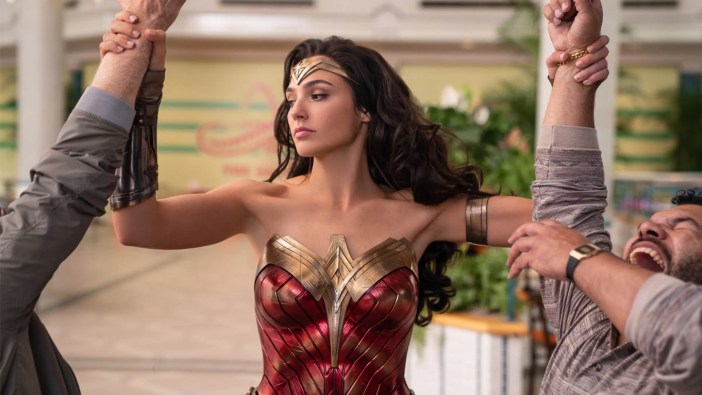 Yesterday, the sky fell for some fans of the DC Comics movies. THR reported that Wonder Woman 3 is dead in its current incarnation, making it unclear what the future of director Patty Jenkins and actor Gal Gadot is for the DC Extended Universe. The outlet further reported that DC Studios heads James Gunn and Peter Safran are contemplating several potential possibilities for the future of DC movies and TV, some of which might include canceling any plans for a Man of Steel 2 or more sequels for Aquaman or Black Adam. Today on Twitter, James Gunn has responded to the reports surrounding the cancellation of Wonder Woman 3 and all those other subjects, and suffice to say — it’s pretty ambiguous.

For starters, Gunn said that “some of it is true, some of it is half-true, some of it is not true, & some of it we haven’t decided yet whether it’s true or not.” Frankly, that lines up with THR’s own reporting, which indicated that most of these plans are still in flux. Gunn also acknowledged that he and Safran have inherited a “fractious environment, both in the stories being told & in the audience itself,” resulting in a period of transition as they decide the new direction for DC Studios media. However, “in the end, the drawbacks of that transitional period were dwarfed by the creative possibilities,” and Gunn promised that “everything we do is done in the service of the STORY & in the service of the DC CHARACTERS we know you cherish and we have cherished our whole lives.” He concluded by saying they will give these stories the time and attention they deserve, but more concrete answers to fans’ questions will have to wait.

Although this first month at DC has been fruitful, building the next ten years of story takes time & we’re still just beginning.

But, in the end, the drawbacks of that transitional period were dwarfed by the creative possibilities & the opportunity to build upon what has worked in DC so far & to help rectify what has not.

As for more answers about the future of the DCU, I will sadly have to ask you to wait. We are giving these characters & the stories the time & attention they deserve & we ourselves still have a lot more questions to ask & answer. pic.twitter.com/sxwKGRD3vc

Despite a lot of non-answers regarding the death of Wonder Woman 3 and all those other reported subjects, James Gunn has still demonstrated an appreciable amount of transparency and even optimism here. As he said, Gunn and Safran have inherited a challenging situation and it will be impossible to please everyone. But if they can start by just making some good stories, that will be enough to satisfy most people.