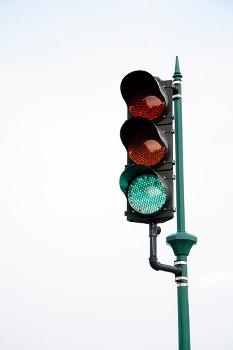 Near my suburban home is a traffic light. Every day, I sit at this traffic light as it invariably turns red just as I arrive. There exists some quirk about the traffic pattern and its inevitable tidal flow that ensures, day after day, that I arrive to turn into my subdivision just as the light demands a stop. And it stays red for a long time, certainly long enough for me to pretty consistently decide I need to write the Department of Motor Vehicles a letter informing them of how poorly planned the whole thing is.

I had formulated this opinion confident in the certainty of my qualifications as an expert on municipal engineering.

It has only just recently begun to dawn on me the monumental complexity of managing traffic patterns, and as a result that perhaps, just perhaps, these idiots I had been maligning day after day as I sat fuming at that damnable red arrow might not be operating from a position of monumental ignorance after all. As traffic around me surged and flowed at impressive speeds for the sizable population of vehicles, I realized that there is subtlety and math at work all around me.

And, yes, part of the master plan involves me having to sit for a good three minutes waiting not-very-patiently for my turn, but the reward is a silky smooth drive for the majority on a heavily trafficked road. So, I am reminded again, as I have been a lot lately, that maybe a lot more of the world is populated with people who know what they are doing than I had originally suspected.

It’s even possible that this means I’m finally growing out of my sophomoric trait of thinking I know everything about everything.

It used to be a lot easier. I would conjure some opinion, make others aware of this thought, either voluntarily or by force, and take unconscious comfort in the certainty of my statement. It’s not that I was infallible; it was simply that I took an innocent-until-proven-guilty kind of mentality toward my opinions.

Unless otherwise proved wrong by a credible source – and the requirements for credentials are not easily attained – I simply assumed that whatever factoid, opinion, comment or anecdote I cared to espouse was so well reasoned as to be at least functionally true, if not empirically. I realize, of course, that this is its own special kind of conceit, but I don’t imagine it’s a particularly uncommon brand.

After all, I think being at least a little conceited is a job requirement for being a writer, particularly one paid to espouse opinions. I imagine most well-adjusted and right-mannered folks walk around having opinions all day and choose, either out of propriety or lack of confidence, not to go hassling strangers with those opinions.

This is, of course, less true on the internet. 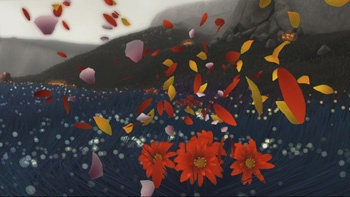 What I’ve begun to notice, though, is the way in which these opinions are expressed. There is a casual comfort with declaratory statements that imply both authority and experience, often where none exists. As gamers whose only credentials are as consumers, we dissect the economies of gaming as though we were Milton Friedman. We analyze sales data as though we were Sam Walton. We judge art as though we spoke with the voice of reasonable critical analysis.

It feels like there is a pervasive sense that because one feels something is right, it therefore is. Whether the topic is piracy, digital rights management, Activision’s business dealings, or the relative merit of quick time events, opinions and perceptions are trotted out as though they were mandates handed down from the Ararat’s Peak.

I’m not begrudging the expression of opinions, nor trying to curb dissent and debate. It simply occurs to me that I am better served by imagining that perhaps, just perhaps, the assumptions I make about other people’s intent and professional ability aren’t automatically accurate. I sense that we have become so polarized by our own opinions in this online age, that truth is nothing more than a mirror of our own perceptions.

When IGN hands down an 8.5 for a game, which is its own kind of opinion, there are those who will rise up in holy defense as though they had been personally offended by the arbitrary score. When a science fiction author tangentially associated with a game dares espouses opinions contrary to the gaming elite zeitgeist, boycotts spring from the ground like April tulips.

I admit that it has taken a force of will to not assume that the people I disagree with aren’t operating from a position of ignorance or bad faith. It requires effort to give back the benefit of the doubt, particularly when you are sitting there at the stoplight while everyone else is cruising by. Still, the real effort, for me at least, turns out not to be about having faith in my fellow man but overcoming my own ego.

I am not in a position to give others advice, but I can say that the effort has been worthwhile for me. Discovering that you don’t know everything about everything, and more importantly that you’re not expected to, is in its own odd way quite liberating.

Sean Sands is a writer and podcaster. His wife has been trying to tell him for a decade that he doesn’t know half as much as he thinks he knows.