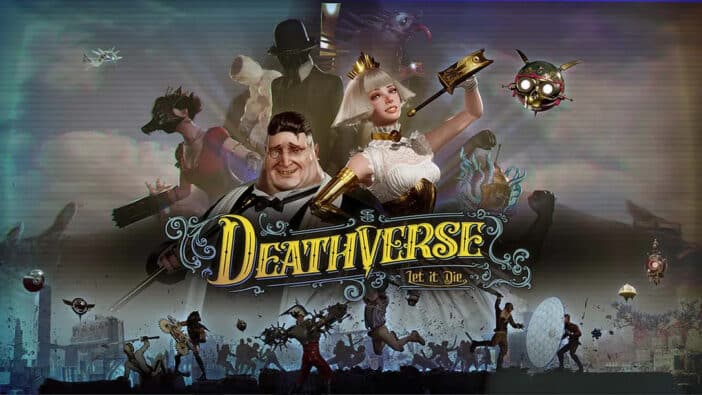 GungHo and developer Supetrick Games have shared lots of new details about Deathverse: Let It Die, which will launch for free on September 28, 2022 on PlayStation 4 and PlayStation 5 and on October 5, 2022 on PC via Steam. Game Director Shin Hideyuki, Lead Environment Artist Daisuke Oka, Lead Level Designer Tomoharu Takata, Lead Animator/Combat Designer Kazuki Shirahama, Sound Director Akira Yamaoka, and the mysterious Uncle Death went “behind the screams” in a press event to discuss the development of Deathverse: Let It Die, offering plenty of insight on this 16-player survival battle arena PvPvE game that picks up hundreds of years in the future after Let It Die.

In this distant future, the fictional Death Jamboree is a hit TV show where contestants face off to the death in front of a live studio audience. You will be participating in the fatal entertainment, slaughtering enemies in a combat system that combines combo-centric melee combat with weapon crafting. With the up-close-and-personal melee emphasis, the gameplay is more like that of a fighting game than of Let It Die. Combat arenas will be dense with variables to consider, including also lots of variation in elevation, which will invite exciting surprise dive attacks from high elevations.

With all these differences between Deathverse and the original Let It Die, Supertrick says Deathverse is more of a “spiritual” sequel than a direct sequel. However, “The worldview, vibe, tension, and colors are all inherited from Let It Die.” 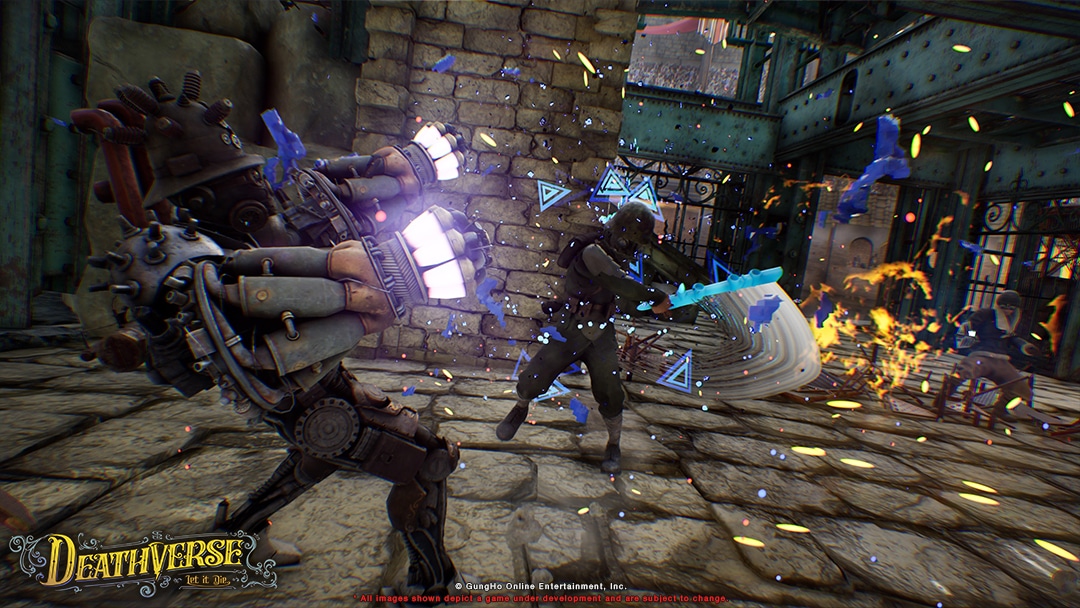 Generally, this game follows the rules of a battle royale, where you want to be the last one standing. When fewer players are remaining, that’s when you’ll really have to worry about Hunters, dangerous computer-controlled enemies that are looking to kill everyone. Each Hunter will have its own quirks to learn in order to survive. Beyond Hunters, there are also vicious animal Cryptids, and there are unusually shaped plants in the environment to add an air of oddness.

As you progress through a game in Deathverse, the music changes, as if there’s an actual DJ tweaking things with the ups and downs of the game. Uncle Death suggested there should be some funk music, so you can expect a nice and funky theme song as well.

Shirahama and the development team worked hard to create weapons for Deathverse that look and feel unique. Every weapon has different Deathblows, main skills, and mastery bonuses, and the customization options are effectively endless. (Cosmetic customization will also offer a wide variety of options.) There are five major weapon options that will be available at launch, and you can choose one to bring into each match. 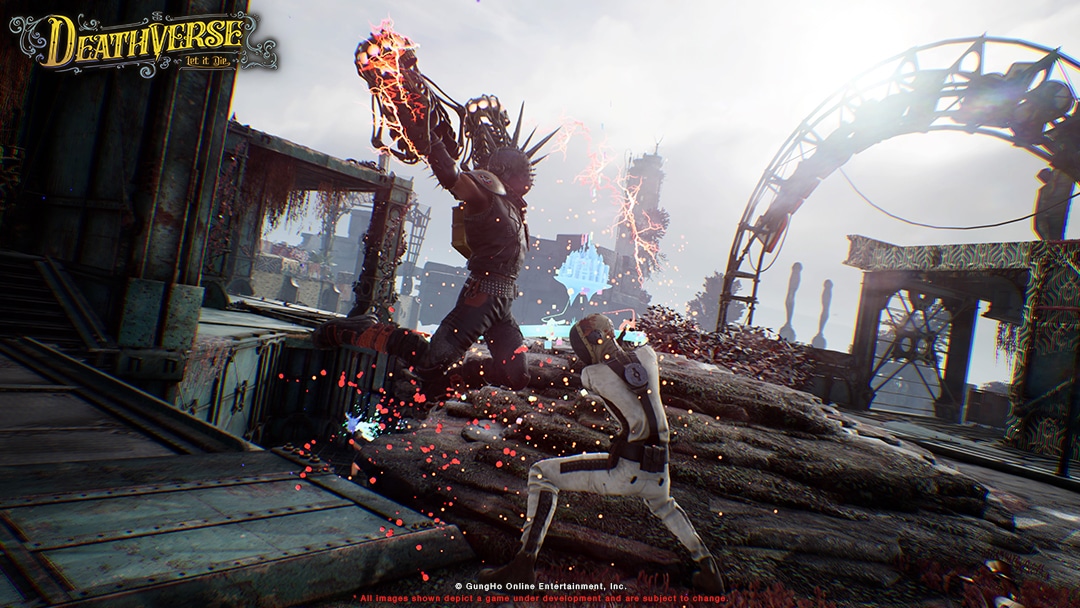 A machete is well balanced for offense and defense. A katana offers fast attacks and is great for counterattacks if you have good timing, but it’s not so great against shields. Hammers are heavy and slower but can charge up for a powerful shockwave to easily cut through a shield. Arms (as in mechanized weapons attached to your arms) can allow a player to fly through the air, put up a barrier, and ram enemies. Lastly, a buzzsaw can continuously deal damage in a majorly scary way. In November, a sixth weapon type, twin knives, will be available.

On top of everything else, you have a small robot friend named Wilson that produces your shields, fires energy bullets, scans the stage unit for enemies, and activates some of your special skills. Wilson can be upgraded as you keep playing. 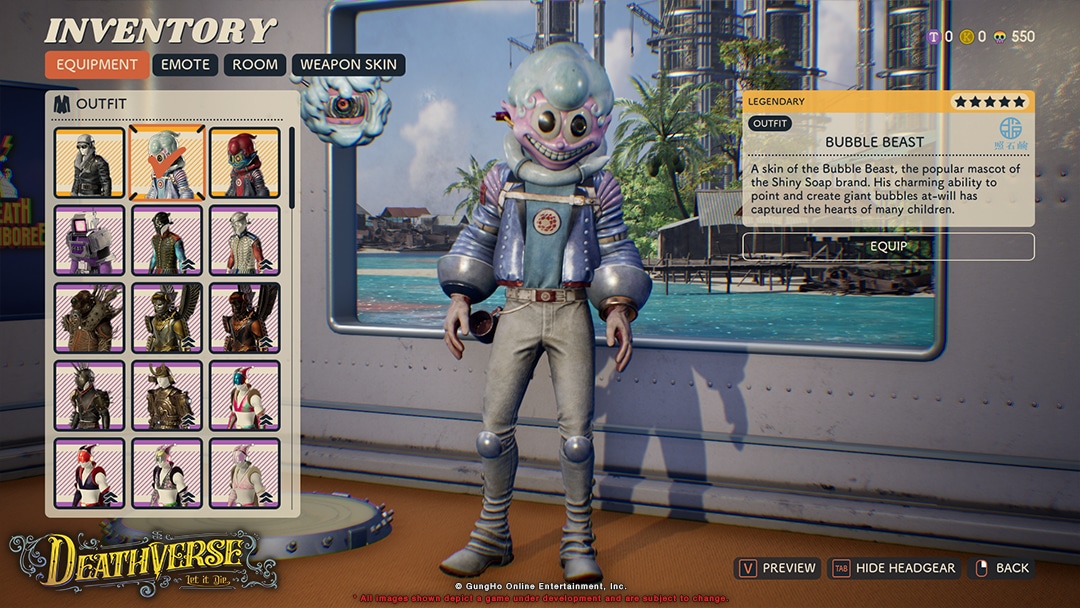 And on top of that, during Deathverse: Let It Die matches, you will want to keep the audience cheering you on by gaining GP (Good Points). Accumulating these points is also the fastest route to victory. You can earn GP by eating mushrooms (okay?), attacking Cryptids, damaging enemies, and especially by delivering a deathblow or “final judgement.” Deathblows are flashy and earn a lot of GP. Landing multiple attacks can additionally regenerate your health, so it’s always a good idea to just keep attacking. Likewise, reverse strikes allow you to strike back after taking damage to your shield. With so many variables to consider in the melee combat, “It’s not just about winning by fighting; it’s about winning with style.”

In-depth season plans have already been set for Deathverse: Let It Die, as demonstrated in the below content roadmaps for the first three seasons. These include new dangerous Hunters, plenty of new cosmetics, more new weapon types, and various features like HDR support and Steam/PlayStation crossplay. 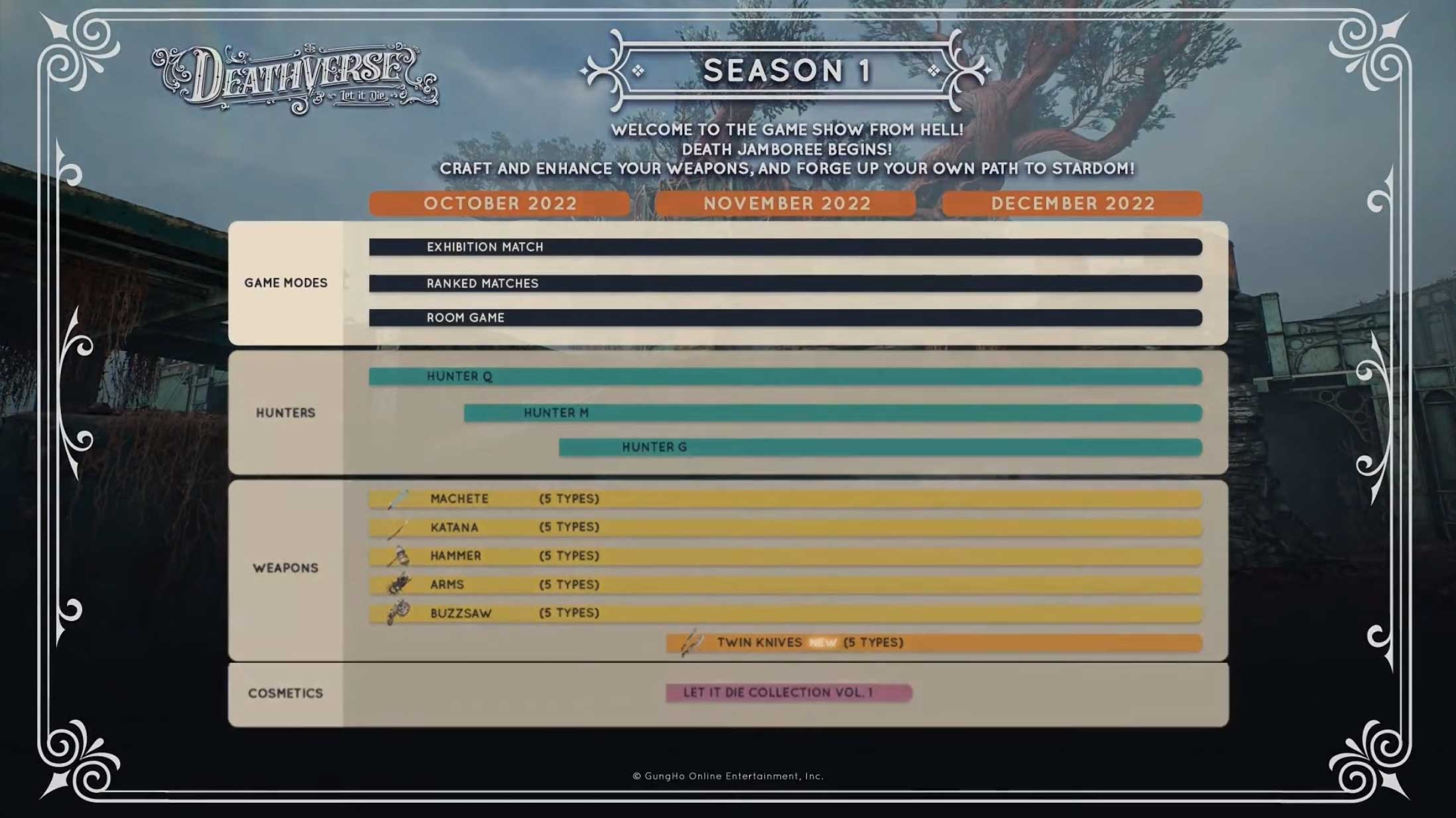 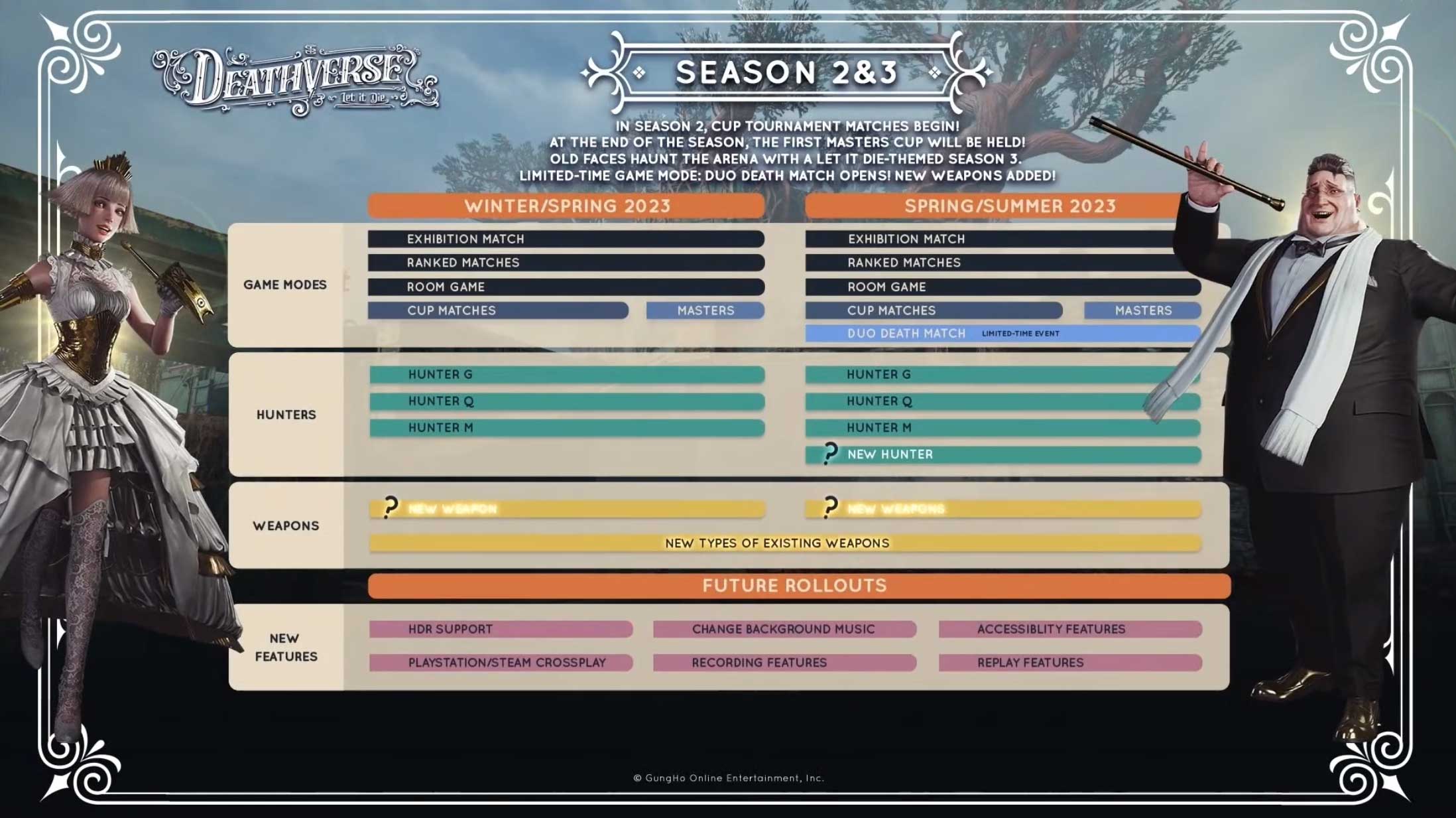 All in all, while I unfortunately did not have the time to hands-on preview Deathverse, I was impressed with what I saw. Multiplayer third-person shooters are everywhere; multiplayer third-person melee arena combat games with in-depth combo systems and killer NPCs and vertical sneak attacks are much rarer. If you’re into that sort of thing, you should definitely keep Deathverse: Let It Die on your radar when it comes to PS4, PS5, and Steam in the next few weeks.