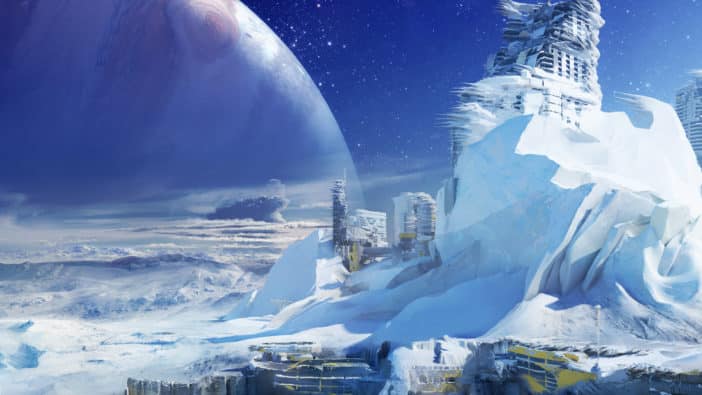 Bungie has hinted at “the future of Destiny 2” in the game’s latest teaser trailer. The studio uploaded the haunting footage to its social media platforms earlier today, telling players to keep an eye out for more details come June 9 at 9 a.m. PT / noon ET. You can watch the footage below and check back for more information the Destiny 2 website.

Other than showing us that players will likely travel to Europa, the footage above doesn’t reveal too much. This next major expansion, whatever it may be called, will likely drop in fall, as other Destiny 2 updates usually aim to launch around this time.

Most of the time teasers like this would be the only thing for fans to mull over until a full reveal, but Bungie actually dropped another teaser just yesterday. Below, you can see a separate teaser that was uploaded on the Destiny 2 Instagram page that features Eris Morn trudging through the snow-capped mountains of Europa.

The next chapter of Destiny 2 is almost here. Tune in for the unveiling at 6pm CEST on June 9.

Check back in next week after the reveal when Bungie is willing to share more about the game’s next chapter.

The last expansion came in the form of Destiny 2: Shadowkeep in October of last year. Along with new weapons, armor, PvP and PvE maps, Shadowkeep, of course, came with a host of new missions.