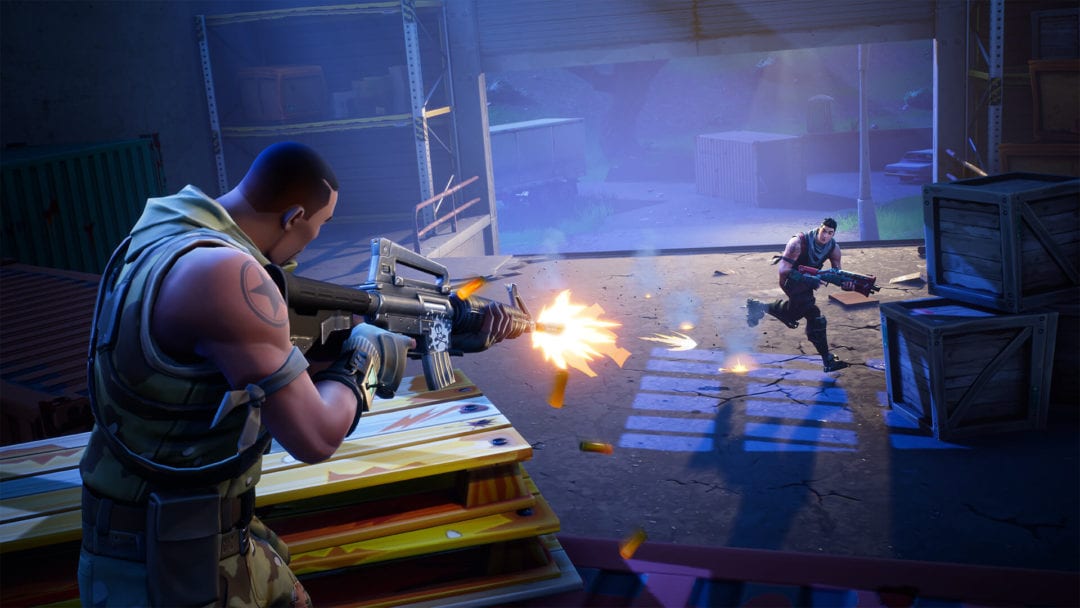 Acknowledging that 125 million Fortnite players can’t be wrong, Sony finally announced that PlayStation 4 owners will be able to play the game with players on other platforms. Starting with a Fortnite PS4 cross-platform beta test, players on PlayStation NetworkPSN will now be able to take on anyone regardless of whether or not they’re on Switch, Xbox One, Steam, iOS, or Android. What’s more, Sony confirmed that it’s going to open cross-platform online play to other games as well.

“Following a comprehensive evaluation process, [Sony Interactive Entertainment]SIE has identified a path toward supporting cross-platform features for select third- party content,” reads the company’s announcement. “We recognize that PS4 players have been eagerly awaiting an update, and we appreciate the community’s continued patience as we have navigated through this issue to find a solution.”

This is a stark reversal of theSony’s anti-cross-platform policies that Sonyit has broadly clung to despite ongoing outcry from fans and competitors alike. As recently as Sept.ember 4th, Sony executives stressed that they wanted to keep PSN members segregated from other platforms with some rare exceptions allowing cross-platform play with PC players. “On cross-platform, our way of thinking is always that PlayStation is the best place to play,” said Kenishiro Yoshida, Sony’s new CEO, at the IFA Technology Show. “Fortnite, I believe, partnered with PlayStation 4 is the best experience for users, that’s our belief.”

Still isn’t listening to gamers. All games should be cross play and progression with the right input flexibility and gamer options. —-> Sony boss dismisses Fortnite cross-play controversy – The Verge https://t.co/NDJgET0M8t

With the beta in place for Fortnite, it looks like Sony is indeed listening to the audience that’s purchased more than 80 million PS4s. Sony has experimented with cross-platform play in the past. In fact, it was one of the first console makers to broadly experiment with Steam cross-platform play when it famously announced Portal 2 for PS3 at E3 2010.

The Fortnite beta represents the beginning of an ideal online gaming landscape, though, and one that’s proved elusive for more than 20 years. Fortnite will be the first game to ever fully transcend the barriers between all popular online gaming ecosystems. Even Minecraft has remained cordoned off despite the ubiquity of the property. While it’s just a start, Sony’s new approach to open infrastructure could finally end the notion that you’ll only be able to play a certain game with friends if they have the same hardware.

We’re looking at you, Destiny.

Telltale It to the Judge

The fallout from Telltale Games’ sudden layoff of nearly 250 employees on Sept. 21 continues this week. One of Telltale’s former employees has filed a class action lawsuit against the company.

Filed on Monday, the suit alleges Telltale violated the federal Worker Adjustment and Notification Act by not giving employees the required 60-day notice of a mass layoff, which the bill defines as the loss of at least 50 employees over the course of a single month. While Telltale has some leverage to say the layoffs were due to unforeseen financial circumstances, problems at the company have been public since the last mass layoff in November 2017. If the suit is successful, Telltale would have to pay all the fired employees 60 days worth of severance including benefits. It would also send a powerful message that this sort of bad behavior doesn’t pay.

Meanwhile the company is also struggling with how to finish The Walking Dead: The Final Season. Episode 3 in the series was scheduled to be released on Nov. 6, with episode 4 following on Dec. 18. A Twitter post from Telltale saying the company was in talks with potential partners to complete the game was met with a mix of fan excitement and industry contempt. Critics say the company was prioritizing the game rather than helping its former employees. A day later The Verge reported that the game has been pulled from sale on digital platforms by Telltale’s request. The company said it hopes to make a formal announcement on the game’s fate by the end of the week.

Telltale’s closure also means other licensing projects are in need of new homes. Telltale announced in June that it was working with Netflix on a Minecraft: Story Mode interactive series and a narrative game based on Stranger Things. Netflix told Polygon that while Minecraft: Story Mode is still going forward the company is looking for a new publisher for their Stranger Things adaptation.