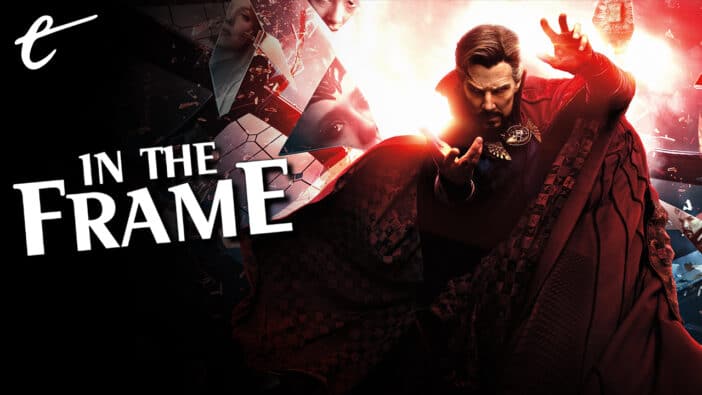 This is a non-spoiler discussion of how Doctor Strange in the Multiverse of Madness exemplifies the power of improvising in the Marvel Cinematic Universe.

There is a certain kind of fan who is obsessed with the idea of long-term planning in extended media franchises and who will often credit the success of the Marvel Cinematic Universe to its ability to set plans in motion across years and even decades.

Certainly, the studio itself does a lot to cultivate this reputation. There were recent reports that producer Kevin Feige traveled straight from CinemaCon to a retreat where he was planning the next decade of projects for the studio. In 2017, Feige boasted to Vanity Fair that the company had not only plotted out the 22 movies that would compose “the Infinity Saga,” but also another 20 movies beyond that. The company is very good at announcing slates ahead of time.

This is terrific marketing copy, and it should be noted that the company has managed to produce most of the projects that it has announced. However, it should also be noted that this obsession with long-term planning has perhaps contributed to Hollywood’s long-standing difficulty replicating Marvel’s success. After all, nobody could argue that Universal didn’t plan hard enough for the long-term future of the Dark Universe, even if the franchise itself was (repeatedly) stillborn.

“No plan survives contact with the enemy,” argued (paraphrased) Prussian field marshal Helmuth von Moltke. “Everyone has a plan until they get punched in the mouth,” opined professional boxer Mike Tyson. The movie industry is incredibly volatile, with fortunes and trends seeming to change overnight. Those companies and executives that succeed in that environment are those with the flexibility to react dynamically to unforeseen occurrences.

Despite all its long-term planning and targeting, the Marvel Cinematic Universe has largely thrived on the production team’s ability to improvise and adapt to new situations, to make things up on the fly and to alter their long-term plans to react to a dynamic and changing marketplace. In some ways, this culture can trace its roots back to Jon Favreau’s work on Iron Man, with the director noting, “As we filmed it, I made sure that I left a lot of room for improvisation and spontaneity.” 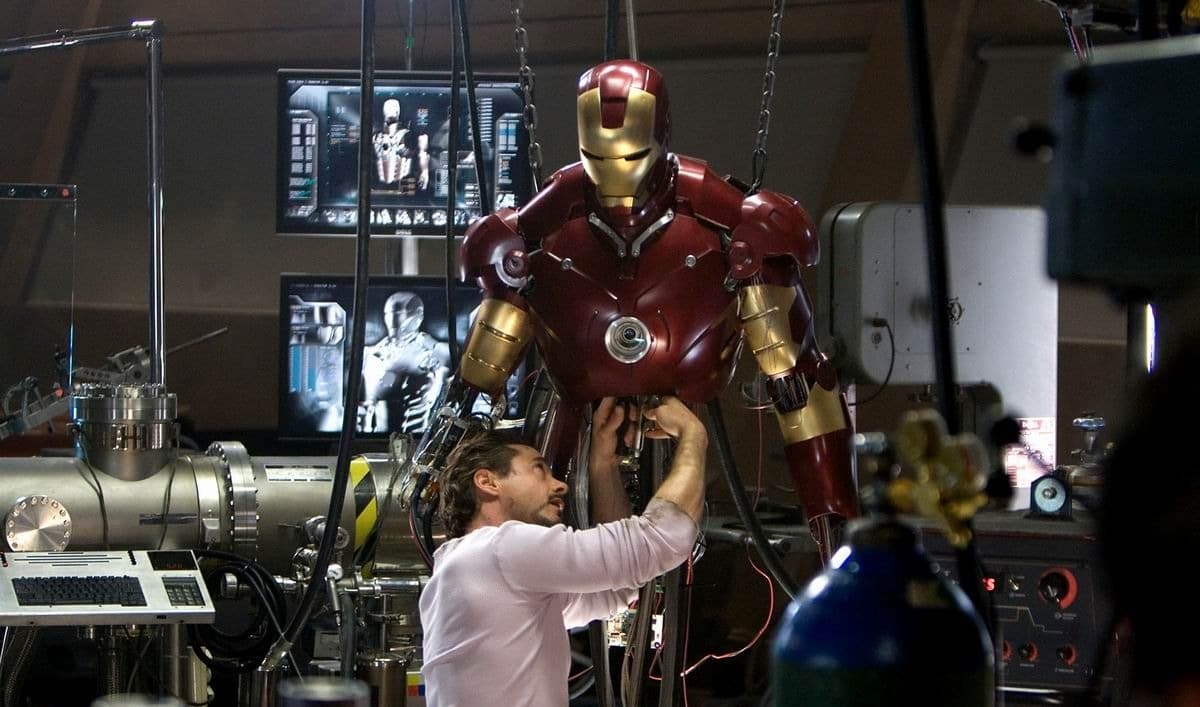 Doctor Strange in the Multiverse of Madness is a testament to the company’s ability to adapt and evolve. The film has had a very turbulent and very public production cycle, facing any number of challenges that would have derailed a project at another studio. However, Multiverse of Madness didn’t just make it through production. The finished product is a highly entertaining and enjoyable watch, and a large part of its charm seems to result from the chaos of its production.

Multiverse of Madness faced a number of challenges from the outset. In January 2020, just four months before the scheduled start of shooting, Doctor Strange director Scott Derrickson departed the sequel. Feige has consistently cited “creative differences” between filmmaker and studio. As writer C. Robert Cargill would explain, Derrickson “wanted to do one movie, and Marvel wanted to do another movie.”

This is not the first time that a Marvel film has lost a director over these sorts of disagreements. Patty Jenkins departed the second Thor movie because she did not believe that she “could make a good movie out of the script that they were planning on doing.” Edgar Wright would part ways with the studio on Ant-Man because he did not think that “they really wanted to make an Edgar Wright movie.” Rightly or wrongly, the studio cultivated a reputation as one hostile to directors.

Feige has been working hard to combat the image of Marvel Studios as a company inherently antagonistic to filmmakers. This may have been one reason that the studio made such a big deal out of working with Academy Award-winning director Chloé Zhao on Eternals. This may also explain why the company tapped Sam Raimi, one of the most distinctive visual stylists in modern Hollywood, to replace Derrickson on Multiverse of Madness. 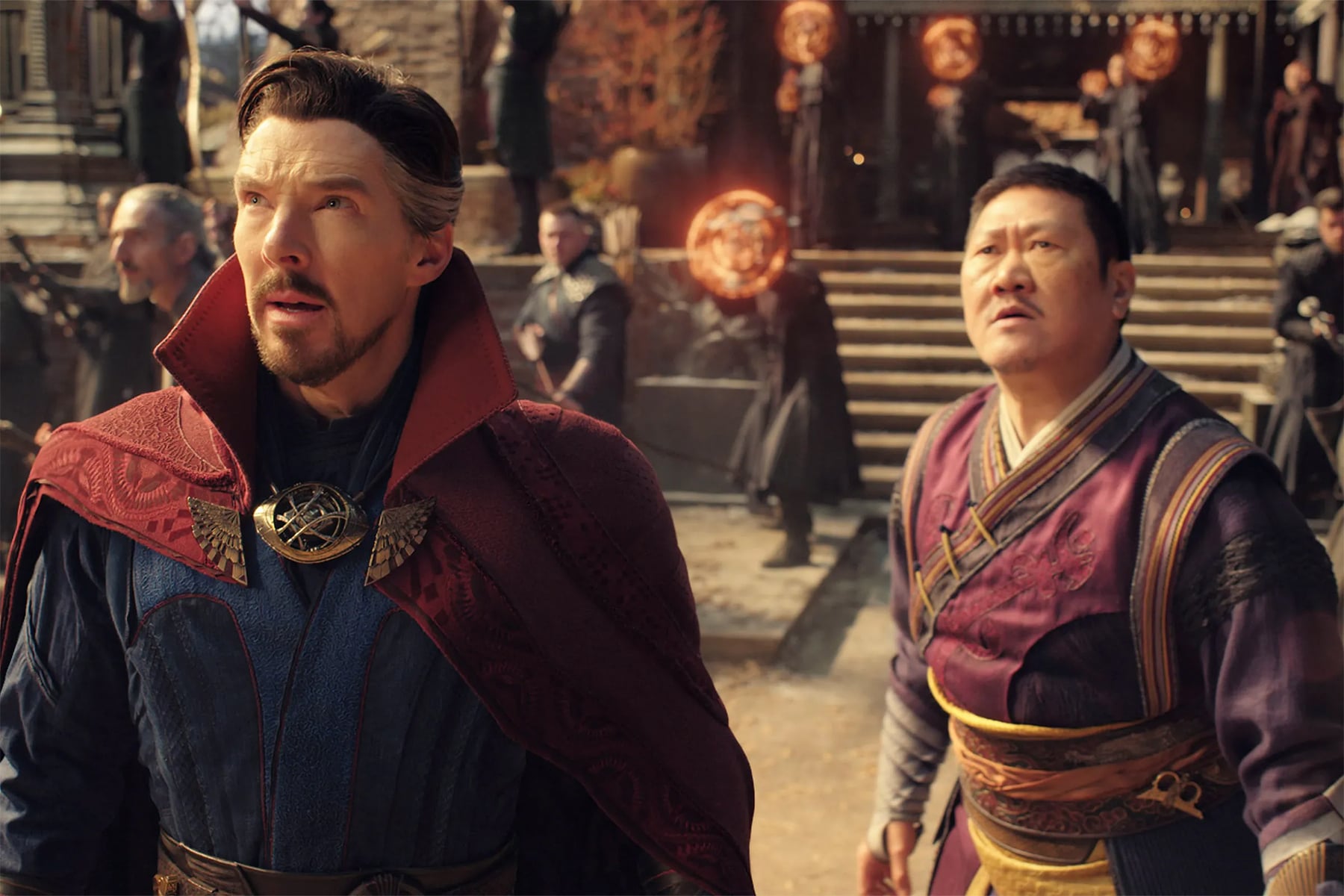 Following Derrickson’s departure, Multiverse of Madness experienced a production crunch. In February 2020, writer Michael Waldron was drafted in to completely rework the movie with shooting still scheduled to begin in May. “How do we just make a movie in two months?” Waldron asked, acknowledging that it was effectively a ground-up rewrite of the movie’s core premise. Considering the level of complexity involved in a movie of this scale, that is no small task.

Again, it should be noted that this is not particularly unusual on Marvel Studios productions. Iron Man 2 was a famously chaotic set, with Robert Downey Jr. frequently improvising and tasking screenwriter Justin Theroux with “doing writing gyrations” to incorporate his ideas into script pages for the next day. However, Waldron wasn’t just reacting to input from the cast members, but to the demands of a highly complex and rapidly evolving shared universe.

When the global pandemic hit in March 2020, it caused a number of serious readjustments to the movie industry. In particular, it posed a direct challenge to Marvel’s slate. With plans to bring the Marvel Cinematic Universe to Disney+, the company had been relying on synchronization between its big- and small-screen projects. However, with cinemas closed and home media demand skyrocketing, the studio found itself shifting the release dates around.

WandaVision was originally supposed to follow Multiverse of Madness, but instead it would lead into it. “I’m not really sure what the WandaVision schedule was or how it changed,” confessed Raimi of the restructuring. “I just know that halfway, or maybe three-quarters of the way into our writing process, I’d first heard of this show they were doing and that we would have to follow it.” Given how important WandaVision is to the basic plot of Multiverse of Madness, this is frankly insane. 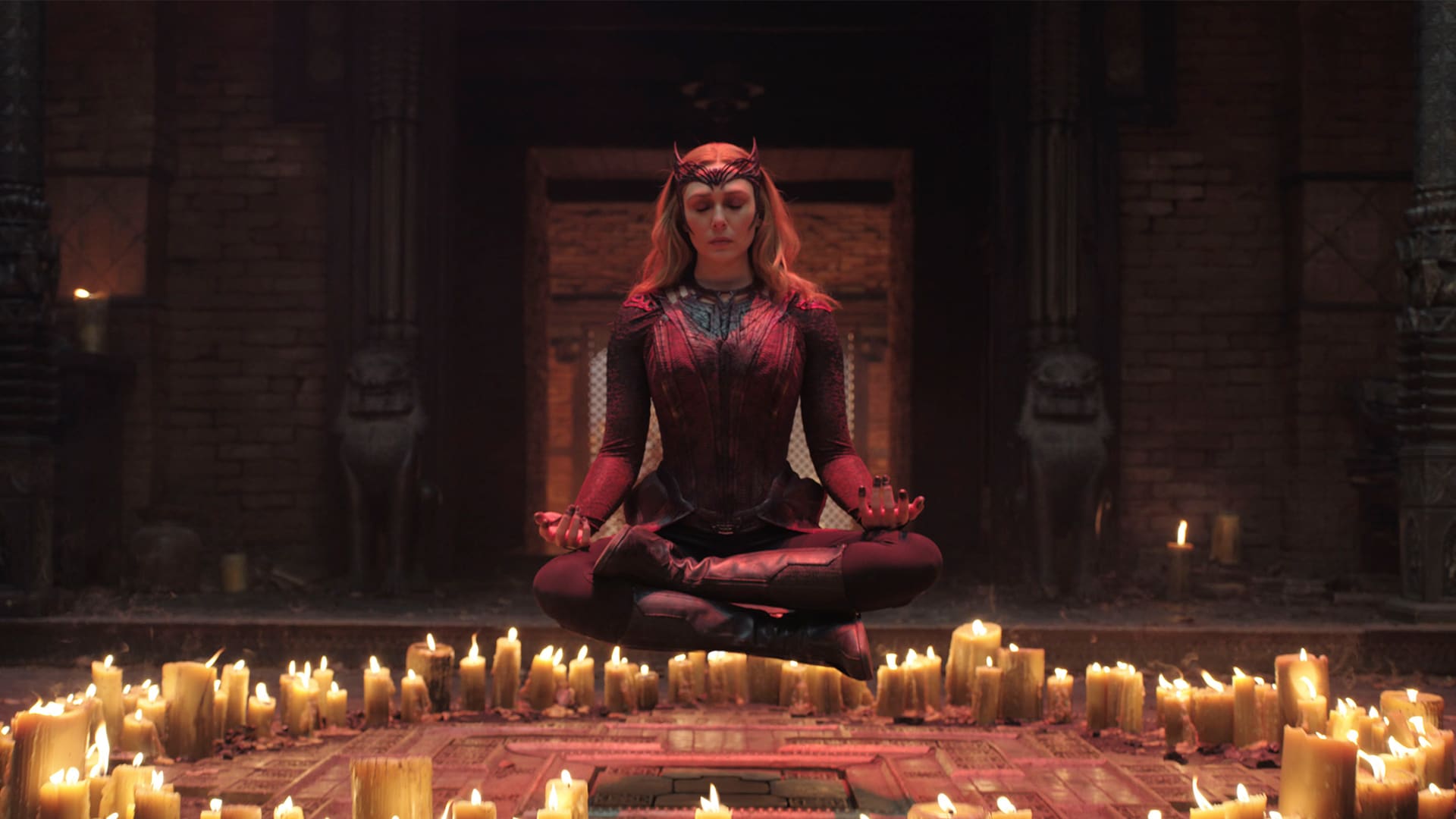 More than that, writing decisions on other projects had knock-on effects that severely impacted the plotting and structuring of Multiverse of Madness. The character of America Chavez (Xochitl Gomez) was originally supposed to make her first appearance in Spider-Man: No Way Home, but then it was shifted to Multiverse of Madness. “They were going to introduce her in the last Spider-Man movie, but I think that storyline got pushed forward to our film,” Raimi explained of the adjustment.

That is a lot of balls to keep in the air. “For a writer, it’s probably like improv is for an actor,” reflected Raimi of the challenges facing Waldron. “These movies are reacting, making up and changing things, and you have to be in the moment and take it in and go with it.” To put it simply, there is no way to plan for any of these demands. The production team has to be able to adapt and adjust on the fly, to tweak and change as they go.

This explains why Doctor Strange in the Multiverse of Madness had such extensive reshoots. In November 2021, the crew had committed to at least six weeks of reshoots, working six days a week. In January 2022, Raimi confessed that even he didn’t know whether the film was finished shooting. “I think we’re done, but we just cut everything,” he admitted. “If something’s unclear or another improvement I can make in this short amount of time left, I’ll do it.” In March, Cumberbatch conceded, “It’s been tough.”

Reshoots have a troubled reputation within the film industry, suggesting that a film is in trouble. Indeed, one of the hallmarks of a great director with a strong and clear vision is a tight schedule and a limited amount of time given to reshoots, regardless of the complexity of the subject matter. Christopher Nolan is notorious for getting films in on time and under budget, even returning a “substantial” amount of the budget of Interstellar to Paramount. Nolan has never done reshoots. 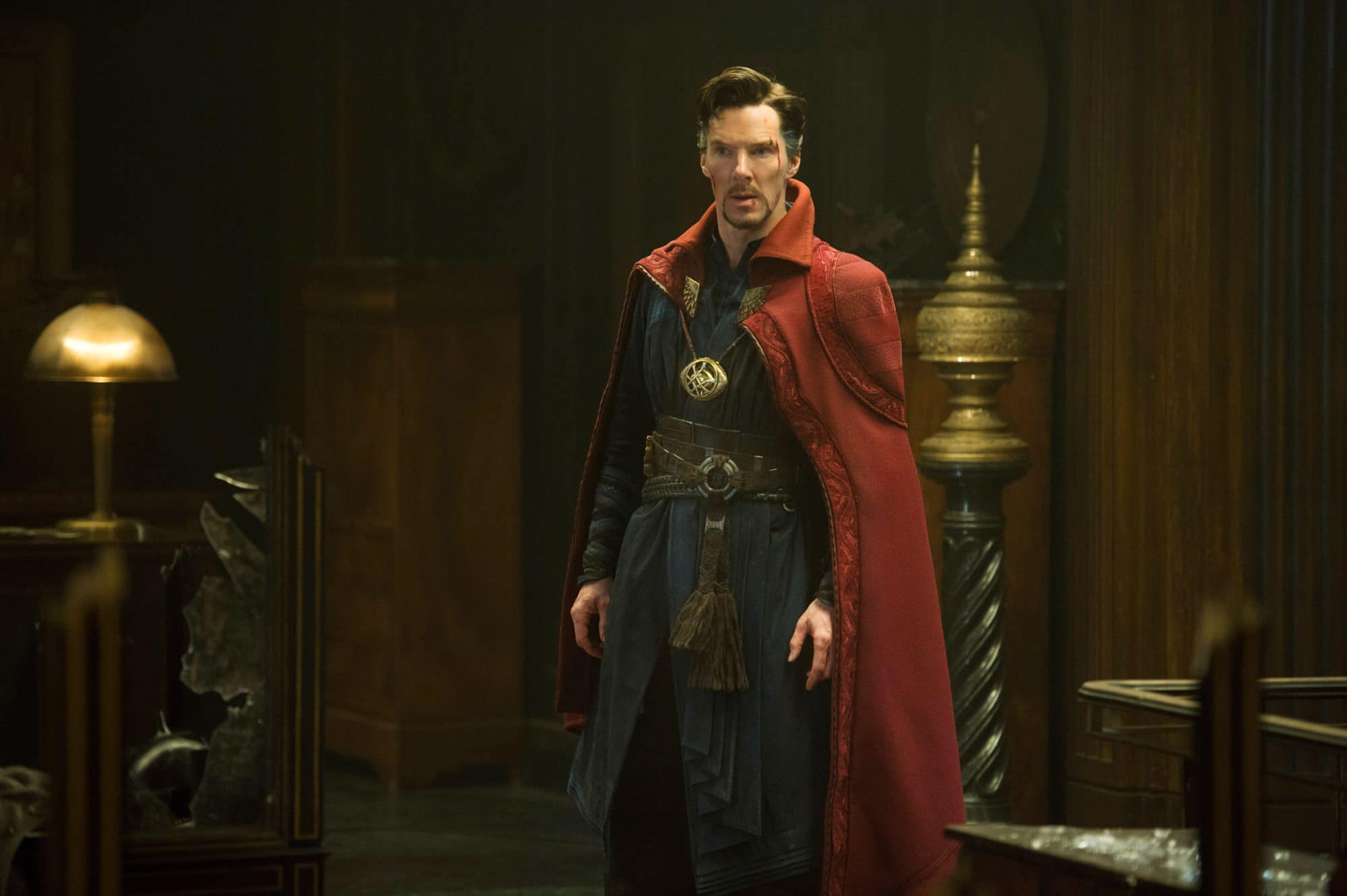 In contrast, Marvel Studios actively allocates time and money to reshoots, treating it as part of the default creative process. “You cut together what you have and watch it, you see what you have and how you want to adapt it, you go and shoot additional materials (which we do on all of our movies) and we begin to shape it,” Feige has outlined of the studio’s methods. “I don’t think people realize what a collaborative, living, sort of piece of art a film is.”

There are obvious limitations to this model of film production. Multiverse of Madness is not a masterpiece. Watching it, one can get a sense of internal friction at the various competing masters that it is trying to serve. However, given all of the challenges facing it, it is a minor miracle that Multiverse of Madness is coherent, let alone actively enjoyable. It may not be The Batman or The Northman, but it is operating under a different set of constraints.

According to Raimi’s frequent collaborator and old friend Bruce Campbell, “A majority of the film was reshot extensively.” If that’s the case, the closest comparison to Doctor Strange in the Multiverse of Madness is something like Fantastic Four (2015) or Solo: A Star Wars Story, which is remarkable. Multiverse of Madness is proof that Marvel Studios’ strength has never been in making fixed long-term plans, but instead in building a flexibility into its production mechanism that allows for improvisation and adaptivity.