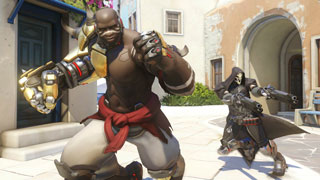 If you thought Doomfist’s Rocket punch ability was a little too powerful, Blizzard agrees. It’s already gotten a nerf on the Overwatch PTR.

Blizzard fulfilled a lot of players’ wishes last week when it rolled out Doomfist on the Overwatch PTR. His Rocket Punch lets him thrust forward while firing off a powerful uppercut, and it’s extremely powerful. You can deal 250 damage if you get it fully charged up and knock your target into a wall, killing any non-tank hero in the game.

It’s apparently so powerful, in fact, that over the weekend it got one of the fastest nerfs to any ability in the game so far. Although the damage of the ability remains the same, it’s had its range cut by about a third. In its initial form, the attack took Doomfist roughly 30 meters. Now, the range is down around 20 meters instead.

This makes for a fairly significant nerf, especially when you consider that Doomfist is already a little slower moving than most characters. This likely won’t be the last nerf that Doomfist sees, but it’s definitely an understandable one.

Get Twice the Power In Attack Of the Radioactive Thing! | How To Double Pack-A-Punch

Get Around Attack of the Radioactive Thing! Fast With These Fast Travel Teleporters