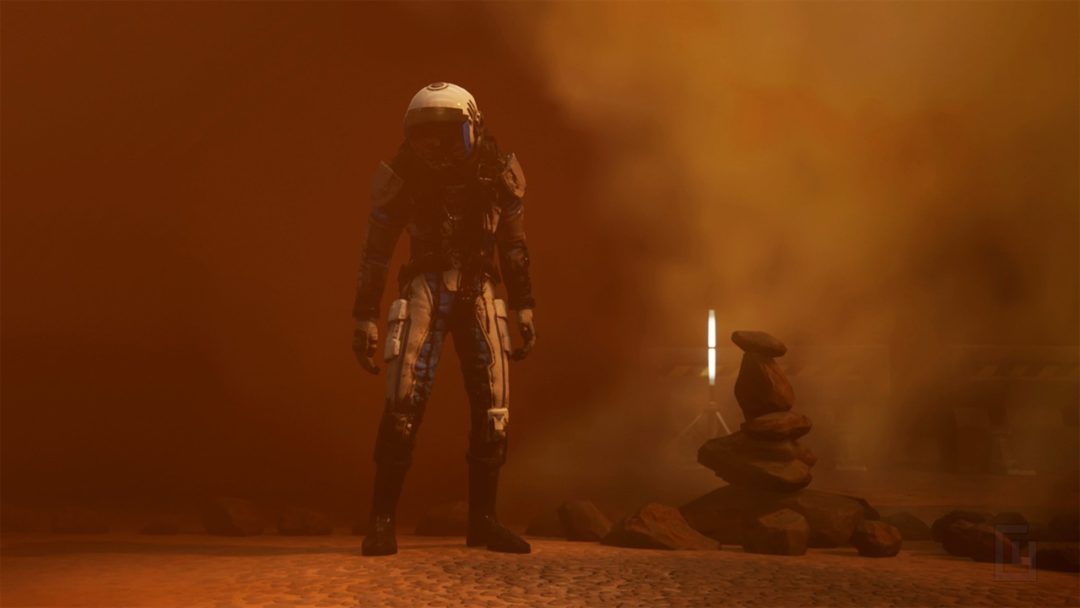 Indie horror is shaping up to be the defining genre of the 2010s. In theaters boundaries are being pushed and taboos broken by the likes of Us, It Follows, Hereditary, and The Witch, and that same psycho-intellectual work is being done in the games scene by small but ambitious titles like Detention, Soma, and Pathologic 2. I wonder what it is about the last few years that has driven so many developers and directors to start making stories about characters being tortured in hell worlds that can be neither escaped nor even understood.

Moons of Madness, by Norwegian developers Funcom and Rock Pocket Games, is on the show floor at E3, and it attempts to marry Alien: Isolation’s hiding-in-a-cupboard horror with tech-anxiety sci-fi. Reporting from Los Angeles, Yahtzee Croshaw reveals that Moons is an “indie claustrophobic first-person survival horror adventure game.” Specifically, it will occupy the “hidey chasey horror without weapons” microgenre popularized by 2010’s Amnesia: The Dark Descent, ground zero for this decade’s indie horror boom. Supposedly the game will lean heavily on adventure game-style inventory management and item-driven puzzle design, rather than the genre’s traditional gameplay loop of lying under a table until any nearby monsters get bored of you and wander off.

Croshaw also singled out the story for particular attention. “You’re an engineer on a Mars base that gets taken over by nameless horror. Very Lovecraftian.” As he describes it with Lovecraft-approved ambiguity, the E3 demo ends on a cliffhanger when “the monsters” arrive. What monsters? Can they be even described at all with our pathetic human language, can our pitiful flesh brains comprehend them at all? The latest trailer suggests they’ll have tentacles, but hey, maybe there’s more to them than that.

One other tantalizing detail is that Moons might somehow tie into the universe of Funcom’s MMO, Secret World Legends. For clarification of that mystery, we’ll presumably have to wait until the game comes out. Moons of Madness is slated for a release on Halloween, for PlayStation 4, Xbox One, and PC.