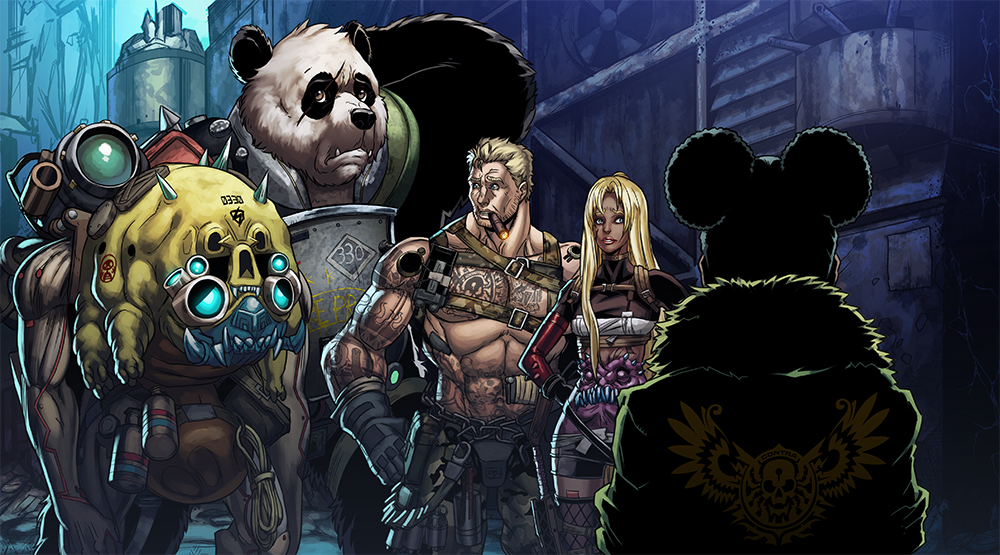 Contra: Rogue Corps is, without question, the least likely game of E3 2019. Forget the fact that publisher and developer Konami — a video game staple from the ‘80s through the ‘00s renowned for series like Castlevania and Metal Gear — has almost entirely withdrawn from the console game making business over the past five years. There hasn’t been a new Contra game in a decade, and it’s been 15 years since the last time Konami made one itself. (Back in 2009, Contra ReBirth was actually developed by M2, the modern day emulation wunderkinds behind retro compilations like the Sega Ages series and Konami’s new Castlevania Anniversary Collection.) When this weirdo shooter popped up in the E3 2019 Nintendo Direct, it was like finding out that Rick Moranis had unretired and secretly filmed a Spaceballs sequel and a Honey, I Shrunk the Kids reboot at the same time.

Of all the series to help Konami get its groove back, Contra’s not the one you’d expect. For better or worse, this new entry is not going to conjure up fond memories for the nostalgic few raised on the series’ classic NES games. Contra: Rogue Corps is different.

“Contra: Rogue Corps is a twin stick isometric shooter made with the stated goal of bringing games like Contra III: The Alien Wars to the modern age with an over-the-top colorful tongue in cheek vibe,” Yahtzee Croshaw said from the E3 2019 show floor. “That means lots of magenta.”

Konami got the zeitgeist palette right for a speedy action game to blend in amongst pink peers like Rage 2 and Wolfenstein: Youngblood. Rather than updating the vintage run, gun, and jump style of Contra to match those sorts of games, Rogue Corps is cumbersome at the moment. “The pace died instantly when gameplay started due to too many systems. Weapons overheat, there are long unskippable finishing moves,” lamented Croshaw. “That all make the game feel too slow. Also, one of the playable characters is a panda. Funny how many games do that.”

Come on, it’s a cyborg panda. How many games have those? And ol’ panda pants there actually illustrates further how precisely improbable Rogue Corps really is for a game that exists in 2019. Both the name and the deeply silly playable characters harken back to Contra: Hard Corps, an obscure Sega Genesis exclusive that had absurd branching story paths and let you play the game as a pint-sized robot or a bipedal dog man (not a werewolf) in addition to the usual strapping soldier beefcakes that populated previous Contras. Fittingly both Rogue Corps and Hard Corps were directed by Konami’s Nobuya Nakazato, a 30-year veteran at Konami.

So what if Contra: Rogue Corps is clunky at E3 2019? It won’t be out until the end of 2019 so there’s plenty of time for polish. Even if it isn’t perfect, though, it’s delightful to see Konami and its seasoned staff trying something new again.