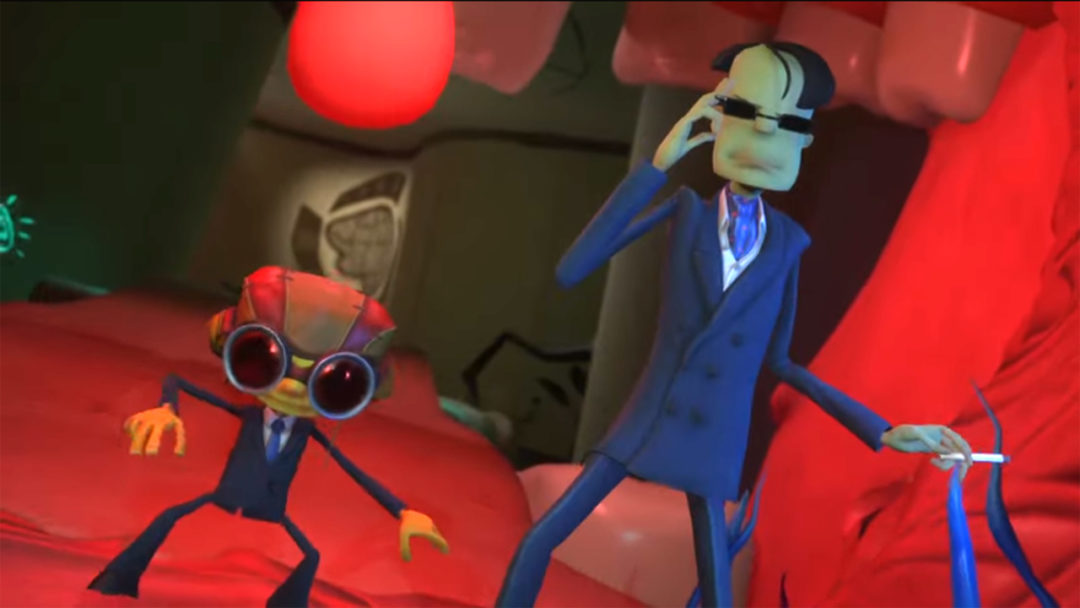 Companies have never been shy about harnessing the hype-generating power of nostalgia at E3, but this year there’s been an unusually diverse number of approaches taken to trotting out old properties. We’ve already seen full-blown remakes of classic titles, a few re-releases of fan favorites, and several reimaginings of seminal titles made by their original creators. Some games are even getting more than one treatment: Trials of Mana, previously only available in Japan as 1995’s Seiken Densetsu 3, is getting both a port and a modern remake. But one of the more interesting approaches to nostalgia mining is the emergence of the decade-plus late sequel that is seemingly untouched by mercurial game design fashions.

Psychonauts 2 is finally nigh and reports indicate that, to its benefit, it will be willfully blind and deaf to the gaming trends of the last 14 years and counting. Design maestro Tim Schafer introduced a new trailer for the game at the Xbox press conference, around the time it was announced that his studio Double Fine had been acquired by Microsoft. The game looked like somebody threw a million dollars at the first Psychonauts. Protagonist Raz is seen running, jumping, and fighting his way through Inception-esque mindscapes, and several of the traversal powers he uses and enemies he fights come directly from the 2005 original.

Actually, now that I think about it, Psychonauts came out five years before Inception, so maybe Inception’s mindscapes are Psychonauts-esque, not the other way around. And before anyone gets clever, Psychonauts predates primary Inception influence Paprika as well. So there.

Reporting from the E3 show floor, Yahtzee Croshaw confirmed what the trailer suggested. “Almost seems like there’s been no break since the last Psychonauts. It’s straight back to the old feel, complete with occasional glitchy animation and slightly dodgy audio mixing. Not much has been updated with technology.” The only thing missing from the E3 demo is the original game’s semi-open world hub area, but Croshaw isn’t worried by its absence. “No reason to think it wouldn’t be there,” he assured us.

Psychonauts 2 doesn’t have a release date yet, but it’s slated for PlayStation 4, Xbox One, Windows, macOS, and Linux.