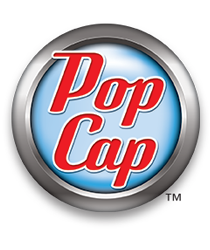 EA bought PopCap for $850 million in cash expecting domination of the casual market across all platforms.

The rumors were true; PopCap was really worth almost $1 billion, at least to publishing giant Electronic Arts. Now comes the inevitable justification from executives for spending the ungodly amount of money on the acquisition. EA Executive VP Barry Cottle had a lot to say, including that his company was after a much bigger piece of the market than just Facebook games like what Zynga could provide. For Cottle, PopCap is like Pixar (makers of Cars 2 and Toy Story) in that they haven’t made a bad game, or at least one that hasn’t made a money bin worth of mulah. If you phrase it like that, then dropping $850 million in cash doesn’t seem like such a crazy move.

“We’re playing a much bigger game [than Zynga]. We’re going after the $40 billion dollar digital market, where Facebook is just a segment,” Cottle said.

“We’re diversifying ourselves and putting ourselves in a better position to go after that. If you look at the way we’re set up, our digital revenues range across MMOs, free-to-play, social, mobile, DLC, and PopCap now adds greater franchises. At the end of the day, Facebook is just one segment,” he continued before saying that EA already owns casual publishers like Chillingo and Playfish.

“What we don’t really own, quite frankly, is really strong casual IP and that’s what’s been driving the fastest growing digital market in social and mobile gaming. And these guys are the Pixar of that [market],” Cottle said, referring to PopCap.

I just hope that we don’t see a casual portal show up called PopFish. That just sounds wrong.