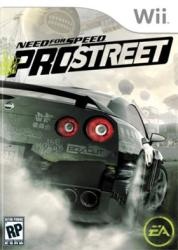 Electronic Arts has expressed “regret” over a promotion for its new Need For Speed: Pro Street release that featured topless models.

The promotion appeared on Page3.com, a site featuring topless models who appear as Page Three Girls in the U.K. tabloid newspaper The Sun. The ad featured models posing with a Ferrari, with EA and Need For Speed logos clearly visible. The ads have since been deleted, although a video of the photo shoot minus the game-related labeling remains available.

“We regret that these images slipped through the proper EA approval process,” an EA spokesman said to GamesIndustry.biz. “They were not appropriate for our brand. The original site has been taken down this morning.” A frantic and desperate search for the images was unfortunately unsuccessful.

Page Three Girls were first introduced in The Sun in 1969, and went topless in 1970. While the subject of some criticism, the long-running feature was responsible for a significant boost in sales of The Sun and remains popular with most readers. Interestingly, The Sun maintains a policy of not using models who have undergone breast augmentation surgery for its Page Three feature.