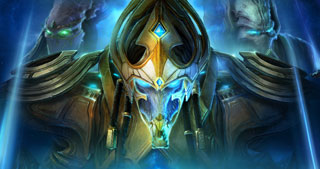 An investigation into a StarCraft II match-fixing scandal has led to eleven indictments and eight arrests.

Lest you think that professional gaming isn’t serious business, eight people have been arrested in Korea after an investigation into the StarCraft II pro tournament scene. In total, eleven people were indicted, but two were not arrested by police, and one remains at large.

Also arrested were brokers, financial backers, and one person who was responsible for placing bets.

A translation of the official report appears on the Team Liquid forums, and offers more information. Of particular interest is the note that this investigation is in addition to the October 2015 case that resulted in nine indictments. The report states in part,

“This second investigation confirms esports match-fixing is occurring on a broad large scale, highlighting the need for not only continued policing, but extreme measures from the Korea eSports Association.”

We’ll have to see what sort of judgments are handed down against these people, but it sounds like the Korean government isn’t inclined to be lenient. The Team Liquid post also attempts to link player handles to the descriptions, but as those are not part of the official report, they cannot be confirmed.

Rocket League is Free this Weekend on Steam