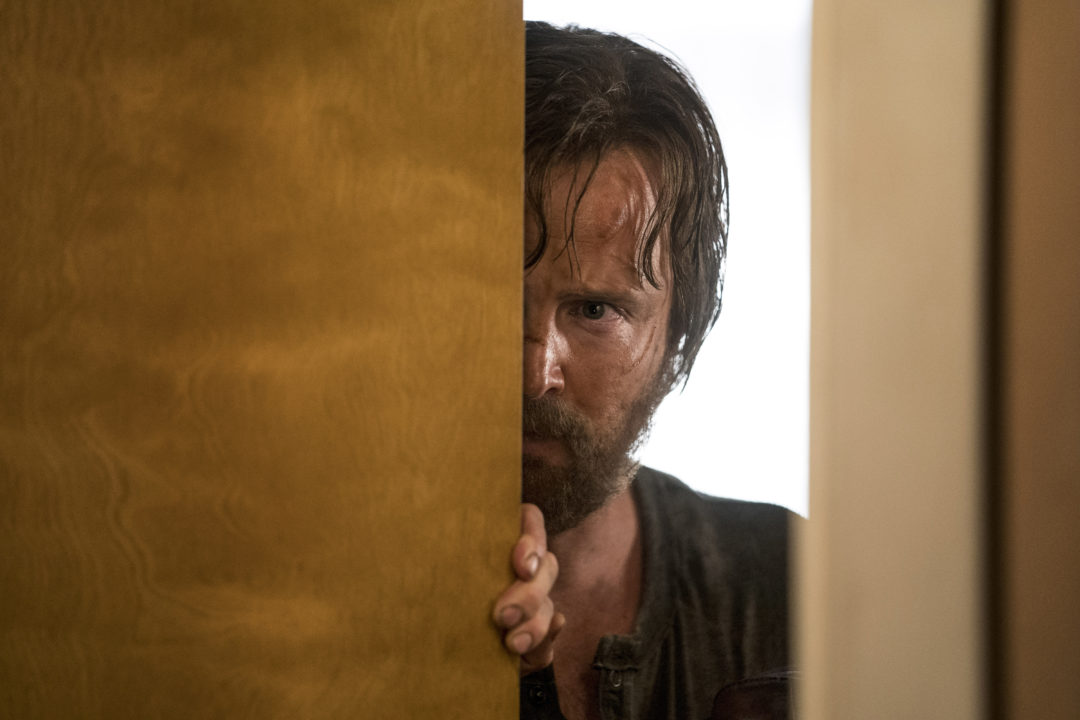 Today we receive our first good look at Aaron Paul back in the role of Jesse Pinkman, as Netflix has dropped the first full trailer for El Camino: A Breaking Bad Movie.

The film is a sequel to the television series, which saw Pinkman driving ambiguously off into the metaphorical sunset as Walter White’s tale came to a close. The plot is being kept under wraps, but the official press release gives the very generic, “In the wake of his dramatic escape from captivity, Jesse must come to terms with his past in order to forge some kind of future.” That doesn’t give us much more, going for an overall tone rather than spelling out the plot. We do get to see a handful of characters returning, as we did with the previous teaser trailer as well. These include Skinny Pete (Charles Baker) and Badger (Matt Jones), who seem to be helping him — or just letting him shave.

Of all the shows ever made, the self-contained, perfectly constructed, amazingly paced Breaking Bad is not the one anyone would have pinned to spawn a mini cinematic universe, but this film, coupled with Better Call Saul, seems to be delivering one of unprecedented quality. Netflix definitely thinks the film is a winner since they’re giving it a limited theatrical release Oct. 11 – 13 so it can land some award nominations.

El Camino: A Breaking Bad Movie will premiere on Oct. 11 on Netflix.