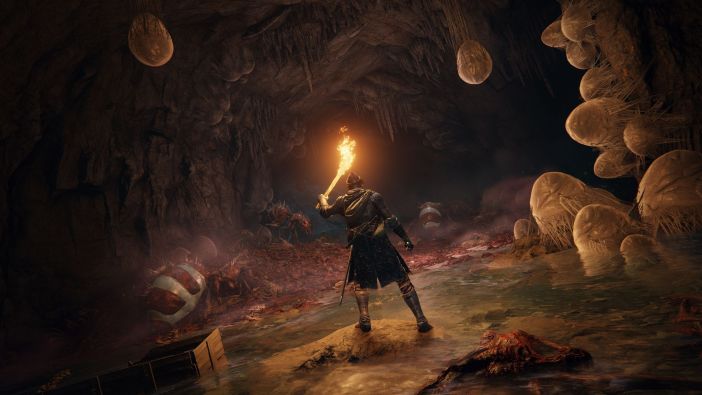 FromSoftware will unveil 15 minutes of Elden Ring gameplay tomorrow, November 4, at 7 a.m. PT / 10 a.m. ET. This will be our first extended look at the Dark Souls developer’s next project since a gameplay trailer showed some of this new universe’s locations and enemies back in June. Tomorrow’s gameplay showcase might have more than just the promised 15 minutes, though, as Twitter user @Okami13_ pointed out that Google search results show the video’s full length is 35 minutes (but it could also be that a countdown is baked into the video). At the moment, FromSoftware is only promising 15 minutes of Elden Ring gameplay, so it’s probably safest to only expect the gameplay for now.

Elden Ring was announced as a FromSoftware and George R.R. Martin collaboration project back in 2019. Martin worked with director Hidetaka Miyazaki to create the world in what seems to be the brightest entry in the developer’s catalog yet. The open landscapes and bright touches might signal a new direction for the game developer, but make no mistake — Elden Ring still looks to be just as challenging as Dark Souls, Bloodborne, and many of the other titles the studio is known for.

The 15 minutes of Elden Ring gameplay will help with the wait until release, especially considering the recently announced delay. Now, you can expect to get your hands on Elden Ring when it comes to PC, PlayStation 4, PlayStation 5, Xbox One, and Xbox Series X | S on February 25, 2022. You’ll also have a chance to play it when its closed network test begins on November 12.