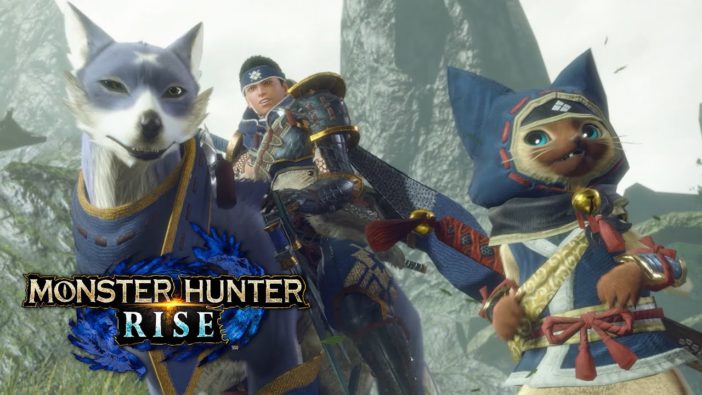 The new year has only just started, but the video game news has already begun to pick up. Recently, we learned that PlayStation 5 isn’t doing so hot in Japan, a Monster Hunter Rise Digital Event will air later this week, and more! Here’s the video game news you might’ve missed on Jan. 5, 2021.

Today, as announced via the official Monster Hunter Twitter account, Capcom will air a Monster Hunter Rise Digital Event will on Jan. 7 at 6 a.m. PST. This event will feature “big news and reveals” pertaining to the new game, ahead of its full release for Nintendo Switch on March 26. Rise is currently a Nintendo Switch exclusive, featuring many of the quality-of-life improvements introduced in 2018’s Monster Hunter: World.

Minecraft Earth Will Shut Down in June 2021

Although Minecraft is still one of the most popular games in the world, the same cannot be said about its mobile augmented reality counterpart, Minecraft Earth. Today, Mojang Studios announced that Minecraft Earth will officially be shutting down in June 2021, as the COVID-19 pandemic has made it less functional since players have been staying home throughout its duration. Minecraft Earth is similar to Pokémon GO, utilizing real-world location services to incentivize exploration — only it never took off in the way Mojang had hoped.

After many great adventures, we’ve made the difficult decision to close down Minecraft Earth in June 2021. We’re so grateful for all your support, and today’s last build includes several adjustments to make these last months as fun as possible:

Today, Sony announced the PlayStation Now lineup for the month of January 2021, and it includes the following:

It’s a bit of a lighter month compared to others, but the list of PS Now games has grown tremendously in recent years, offering tons of games to enjoy. It’s nowhere near as robust as Xbox Game Pass, but it’s a respectable service nonetheless.

Speaking of Xbox Game Pass, the latest lineup of games headed to the service later this month has just been announced. The full list includes the following:

Check out more info about each of the forthcoming games in the post from Xbox Wire below.

PlayStation 5 Is Underperforming in Japan

According to GamesIndustry.biz Japan (as relayed by VGC), PlayStation 5 has underperformed in Japan, selling only 240,000 units within its first six weeks on the market. For context, this is the slowest-selling PlayStation system in Japan, aside from the PSP. In the GamesIndustry.biz article, Ace Economic Research Institute analyst Hideki Yasuda said, “Total sales of 240,000 are by far the lowest in the history of PlayStation home consoles. If this were to continue, lifetime sales of PS5 would perhaps end up at less than half of PS4.”

Yasuda also said the PlayStation brand “is in decisive decline” in Japan, despite being tremendously popular in other regions like North America and Europe.