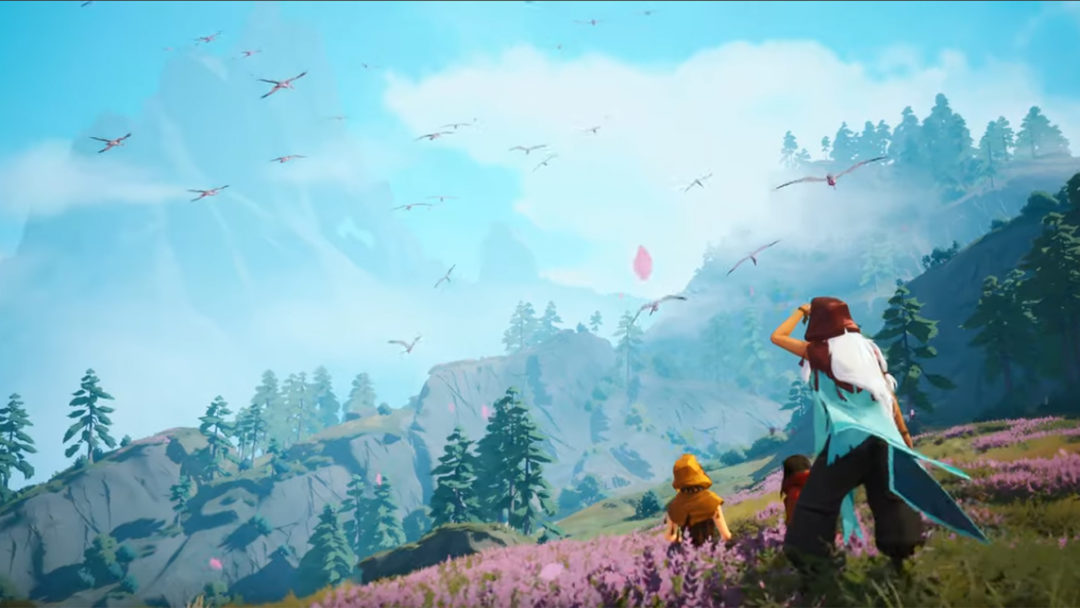 Everwild, the new game from Rare, was revealed at Microsoft’s X019 event today.

The title is a new IP and is being developed by a different team at Rare than the one working on multiplayer pirate game Sea of Thieves. Not counting that nautical title, Everwild will be Rare’s first proper new IP since 2006’s Viva Piñata.

The debut trailer depicted a lush, grown-over world populated by bizarre creatures, including dinosaur-like birds of prey, enormous warthogs, and antelope-reminiscent creatures with mushroom-like growths protruding from their heads. The whole vibe is very Princess Mononoke.

Lost among the brush and growth is a small group of primitive humans whose relationship with the creatures seems mostly amicable. The trailer ends with one of the tribespeople giving one of the mushroom-antelopes a friendly pat on the nose.

Little information was revealed about what kind of game Everwild will actually be, but the rich environment and creature design evoke open-world titles like Sony’s Horizon Zero Dawn. Thanks to Sea of Thieves, Rare has plenty of practice with large worlds and exploration-driven gameplay, so it will be interesting to see them attempt something a little more landlocked.

Everwild does not yet have a release date, but it will come to Xbox One eventually.