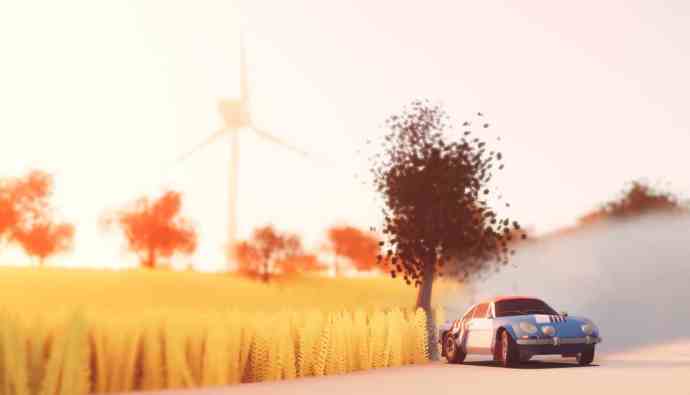 A new trailer for Funselektor Labs’ Art of Rally premiered during The Escapist Indie Showcase today. Still set for a 2020 release, the rally racing title takes players through the golden years of the sport in a stylized recreation of iconic cars from the ’60s through the ’80s.

Art of Rally‘s latest trailer features nearly 90 seconds of gameplay footage and shows off the many different locations players will be able to drive in. Five countries are represented as players get to race through Italy’s Sardinia island, Finland, Germany, Japan, and Norway. In total, there are 60 rally stages to test your driving skills in.

While the racing is heavily stylized, this isn’t a racing game built on unrealistic physics. The in-game handling model has been overhauled from the studio’s previous game, 2015’s Absolute Drift, and it looks to deliver the same thrill of maximizing turn efficiency and lowering your race time. Art of Rally is more friendly to beginners than Funselektor’s past title, though, as the physics are more predictable and less punishing as a result. There are also driving assists that can be turned on to help out a newer player.

Thanks to the game’s top-down view, Art of Rally won’t require players to read pace notes or listen to a co-driver. There are over 50 cars represented, and its career mode will span decades of rally racing progress. There will be daily and weekly challenges for competitive drivers, and damage to vehicles can be repaired in-between stages.

Art of Rally can be wishlisted on Steam and will release later this year on PC.