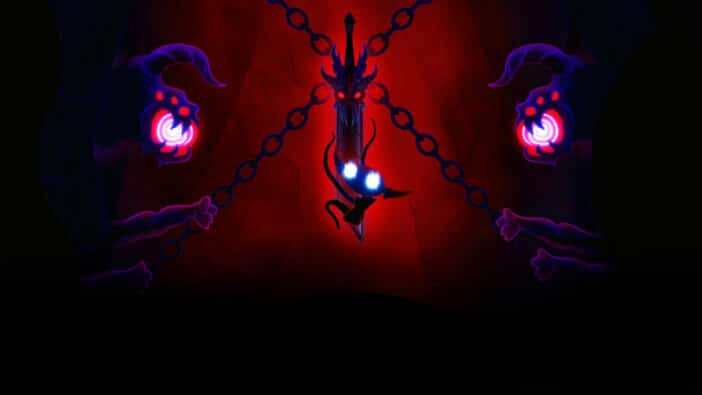 Exclusively at The Escapist Indie Showcase, Shadow Bug developer Muro Studios has revealed a gameplay trailer for Doomblade, an atmospheric 2D Metroidvania coming to PC via Steam that stars a cute little hellspawn. Muro has been talking about Doomblade on social media for quite some time, but it wasn’t until today that we got the game’s official announcement trailer. The trailer also accompanies the reveal that Killing Floor co-publisher Iceberg Interactive will serve as publisher for this title.

Doomblade seems to carry over some elements from Shadow Bug while mixing in just a bit of Hollow Knight and the low, gravelly narration heard in games like Doom. However, as the trailer shows, the environments and enemies have an almost stained-glass, psychedelic sheen that separates the game from some of its contemporaries. There also a few peeks at the different abilities players can use, and if you look closely, there’s a glimpse of what seems to be the in-game map at 0:25. For a better look at all the aforementioned details, you can watch the Doomblade announcement trailer from Muro and Iceberg below.

Doomblade is currently slated to arrive on PC via Steam, with a release date to be announced later on.