When you read game reviews on the big sites, you tend to see the same phrases used again and again. “Stunning graphics” and “innovative gameplay” are run together so often, it’s like a pidgin tongue for the game-obsessed; buzzwords for those of us that have read hundreds of these things and want to know if something makes the grade. A frustration I’ve always had, though, is the offhand dismissal of follow-ups to a title. “Stale sequel” is another one of those gaming buzzwords, and I can’t help but marvel over the default assumption that a sequel will necessarily be worse than the original.

Now, certainly, I can understand where these folks are coming from. Sometimes lightning strikes for a particular team in a time and place, and it’s impossible to replicate. Other times, teams just lose their way in the haze of feature creep and higher expectations. The default assumption that sequels will be less enjoyable has some basis in theory, as well. Raph Koster’s 2005 book A Theory of Fun for Game Design says games are fun for us because we’re wired to like learning. Fun is “the feedback the brain gives us for absorbing patterns for learning purposes.” The “learning curve” part of a game is the most fun, because we’re experiencing something novel. In most sequels, there’s usually not much of a learning curve. Therefore, there’s less fun to be had.

For a lot of modern games, though, there’s a lot more to it than just the game mechanics. Games aren’t just the rolling of ethereal dice or leaping over pits anymore. The best games today have characters you can care about. They have stories you can get excited about and new ways to explore familiar concepts. In some cases, truly great games have to be sequels. 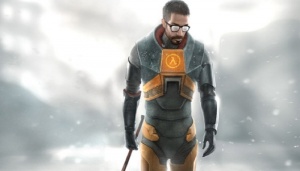 The best example is the Half-Life series. When it was released, the original title was lauded as groundbreaking in a number of ways. The long years between the first tale and the aftermath of Dr. Freeman’s escape from Black Mesa were hard for fans to swallow. Expectations were exceedingly high; Half-Life was the best game of its genre. Better graphics aside, there was no topping it. But lo and behold, Half-Life 2‘s deep atmosphere, compelling story and, well, stunning graphics blew away the original.

That story component is tricky and is an area where sequels often have advantages over original IP. Just like with a series of books, the tale told in every title after the first can be more expansive and deeper. With world basics explained and characters introduced in the first novel/game, subsequent offerings allow for unfettered storytelling and plot development. Titles with weak stories can even see future installments raise the bar on that game component. Certainly Gears of War‘s thin wrapper isn’t groundbreaking stuff (kill aliens, save planet, drink beer), but it does raise questions players will want answered in future installments. What’s the deal with Marcus’ trial, and why the hell did his dad have that very convenient map in the family estate? With little requirement to set the scene for players in Gears of War 2, perhaps Epic will be more open to the explanation of elements of the game’s back story.

It’s that evolution of a story and the refinement of gameplay that makes sequels truly great. To draw an example from the world of fiction, the Harry Potter series has gotten continually more popular with each passing book. While the first novel is undoubtedly a fine offering, I’d wager for a lot of Potter fans it’s not their favorite. The characters are by necessity uncomplicated. Compare that to the hijinks in the fourth book, and the sequels are infinitely more interesting. To flip back to games, God of War II has been generally highly praised, but it’s been knocked by a few reviewers for being “too similar” to the first title. How could anyone who has played through the original game knock the sequel for trying to do the same thing again, but better? The new combos, proliferation of bosses, scale of the game world and engaging story are all “the same,” insofar as they were introduced in the first game. Nearly every element of God of War has been improved upon; if the original was great, wouldn’t it follow that a game that takes that experience as its baseline and improves upon it be even better? 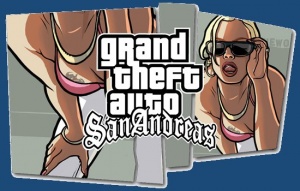 The disdain for expanding on existing content, the pooh-poohing of refinement and design, is baffling to me. Don’t get me wrong, I love original IP. I’m really looking forward to Mass Effect, Bioshock and Assassin’s Creed this year. But isn’t there, in some part of your mind, a piece of you really looking forward to Bioshock 2, or Mass Effect 3? If the initial games are successful, they’ll have time to iron out the story and tech bugs and deliver experiences that will top even this year’s highly anticipated AAA lineup.

Grand Theft Auto IV is another title due out this year, and it’s really more like the seventh game in the series. Are gamers jaded, saying “Oh great, another GTA”? Are they wagging their fingers in boards, calculating how Rockstar is going to just be re-treading old ground? No, instead they’re salivating at the chance to once again enter Rockstar’s world. They’re looking forward to the new graphics, the gameplay refinements, the fine craftsmanship of a company that has been doing this for quite some time now.

If it’s schlock, if a sequel is a cheap grab for money, call it like you see it. I have no problem with that. Certainly there are examples out there. But criticizing Oblivion because it’s the fourth Elder Scrolls game, or Twilight Princess because it still features Link as the main character? You might as well slam the later works of Arthur Conan Doyle for sticking with that Sherlock guy, or George Lucas for insisting that Skywalker kid showed up in Return of the Jedi. Sequels, if handled correctly, can be even better than the seed that introduced them. They can offer up the most refined gameplay, the most engaging stories and the most memorable moments gaming has to offer. As long as they’re fun.