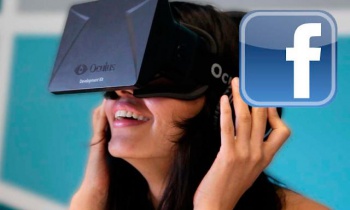 An unnamed person involved in the Facebook and Oculus deal states the social media giant is planning to re-brand the VR hardware with the Facebook interface and logo.

Update: A Facebook rep has told TechCrunch the rumor is “not true and not in the spirit of our relationship [with Oculus].” Facebook also says it will allow Oculus to operate independently, similar to how it runs its other acquisitions, Instagram and WhatsApp.

Earlier today, Facebook shocked the technological world when it announced its acquisition of Oculus VR — makers of the Oculus Rift virtual reality headset — for an astounding $2 billion. While it’s been reported that nothing will change for Oculus and its upcoming device, that might not be the case for long. In a report by the New York Times, it states that “According to a person involved in the deal who was not allowed to speak publicly because he was not authorized by either company, Facebook eventually plans to redesign the Oculus hardware and rebrand it with a Facebook interface and logo.”

Aside from that, no other info has been shared. Could this and other unannounced details be one of the major reasons why Markus “Notch” Persson cancelled Mojang’s planned Oculus version for Minecraft? We can’t say for sure. Keep in mind that this is just a rumor for now, so nothing’s set in stone. Of course, seeing how much Facebook is shelling out for the tech, it is kind of understandable if they want some of its branding on the device to some degree. But a Facebook interface, though? I’m no VR expert, but if this comes true, I can see how it might rub some people the wrong way.

Would integrating a Facebook interface or logo be enough for you to not purchase an Oculus Rift once consumer models are made available to the public?

The Last of Us Coming to PS4 in Summer – Update