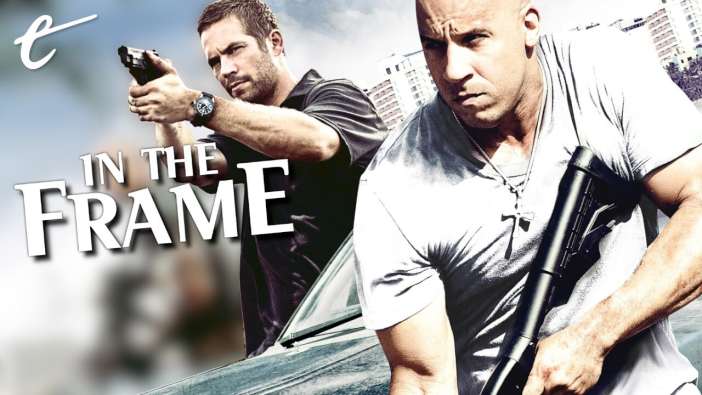 With the trailer for F9 landing (or taking off) on Wednesday, it seems like a good time to take a look back at the best and most important entry in the Fast & Furious franchise: Fast Five.

Fast Five changed everything for the Fast & Furious series. It was the first movie in the series to gross over $200M domestically and over $500M globally. It integrated disparate cast members like Roman (Tyrese Gibson) and Tej (Chris “Ludacris” Bridges) from 2 Fast 2 Furious into the larger ensemble and introduced the character of Luke Hobbs (Dwayne Johnson), who would go on to anchor the franchise’s first true spin-off, Fast & Furious Presents: Hobbs & Shaw.

Of course, it’s important to acknowledge where the franchise was in April 2011. The Fast and the Furious had been a gritty millennial urban western about an undercover cop named Brian O’Conner (Paul Walker) assigned to investigate a series of DVD and digital camera thefts possibly perpetrated by the crew of Dominic “Dom” Toretto (Vin Diesel). O’Conner strikes up an unlikely bond with Toretto, which sparks all sorts of crises of conscience about law and morality in a chaotic time.

The Fast and the Furious was effectively Point Break, but with racing instead of surfing. It presented Los Angeles as an urban wasteland, dominated by lawless street gangs composed of young men driving nowhere very fast. It cost $40M and made back over $200M, which was enough to launch a franchise. However, the studio struggled with the early sequels. Vin Diesel famously declined a $25M payday to star in 2 Fast 2 Furious, opting to make The Chronicles of Riddick instead. 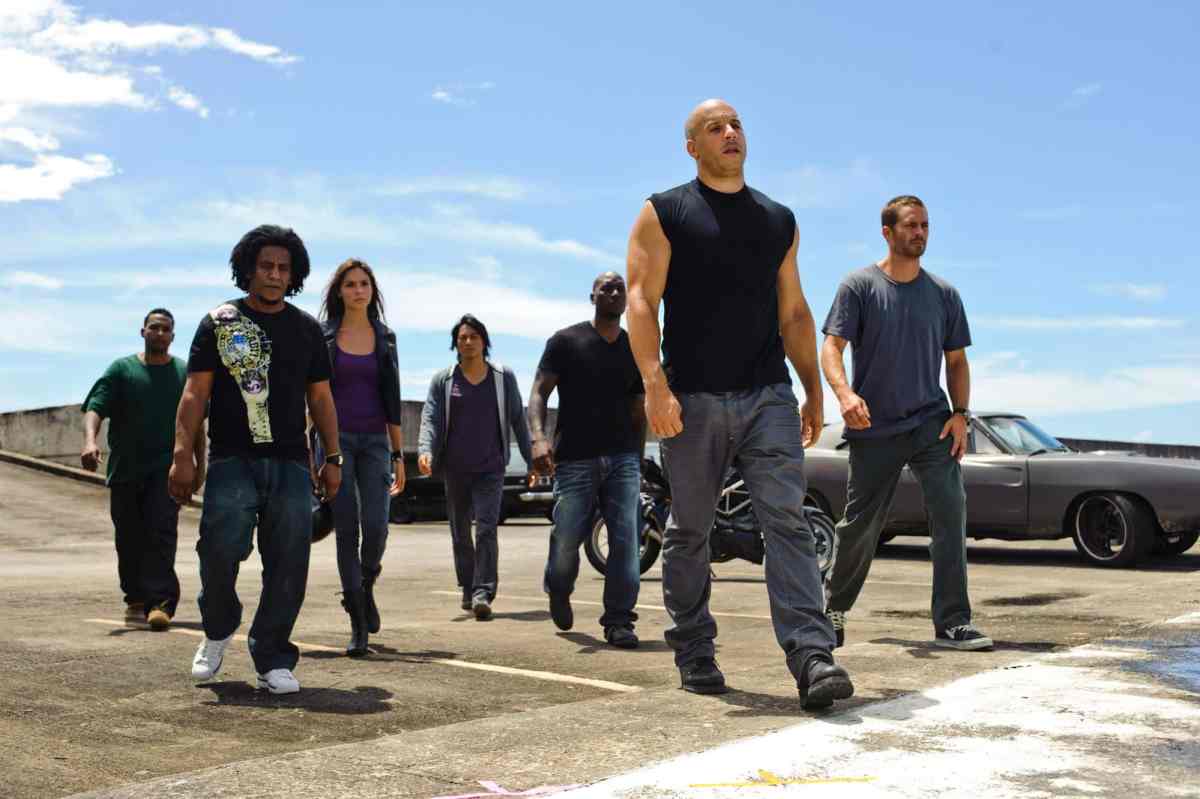 Diesel claimed that he was unimpressed with the script, retroactively complaining, “They didn’t take a Francis Ford Coppola approach to it. They approached it like they did sequels in the ’80s and ’90s, when they would drum up a new story unrelated for the most part, and slap the same name on it.” Walker offered a different account, quipping that Diesel “wanted half the studio.” Walker returned as O’Conner, this time paired with a new criminal, Roman, on an unrelated adventure in Florida.

Walker would not return for the third film, The Fast and the Furious: Tokyo Drift. The third film in the series moved the action to Tokyo and introduced an entirely new cast, including Sean Boswell (Lucas Black) and Han Lue (Sung Kang). Vin Diesel turned up at the end in an uncredited cameo, but only as “leverage” to secure the rights to the Riddick franchise from Universal. Tokyo Drift would gross just $159M, becoming the lowest-grossing entry in the franchise.

The studio made a big play with the third sequel, which was titled Fast & Furious in an obvious attempt to bring the franchise back to its roots. Diesel and Walker were both back in leading roles, along with other stars from the original film like Michelle Rodriguez and Jordana Brewster. The sequel returned to the millennial western vibes of the original film, with Dom returning to Los Angeles and dealing with a drug lord (John Ortiz) smuggling heroin across the border from Mexico.

Fast & Furious proved that there was still gas in the tank. It earned $360M worldwide, the franchise’s highest tally to that point and enough to crack the top 20 at that year’s global box office. Still, by 2009, the Fast & Furious franchise looked positively quaint. Even with the cast reunited, it still felt like a product of the ‘80s or ‘90s. It was outgrossed by movies like Terminator Salvation, X-Men Origins: Wolverine, Star Trek, 2012, and Transformers: Revenge of the Fallen. It needed to get bigger. 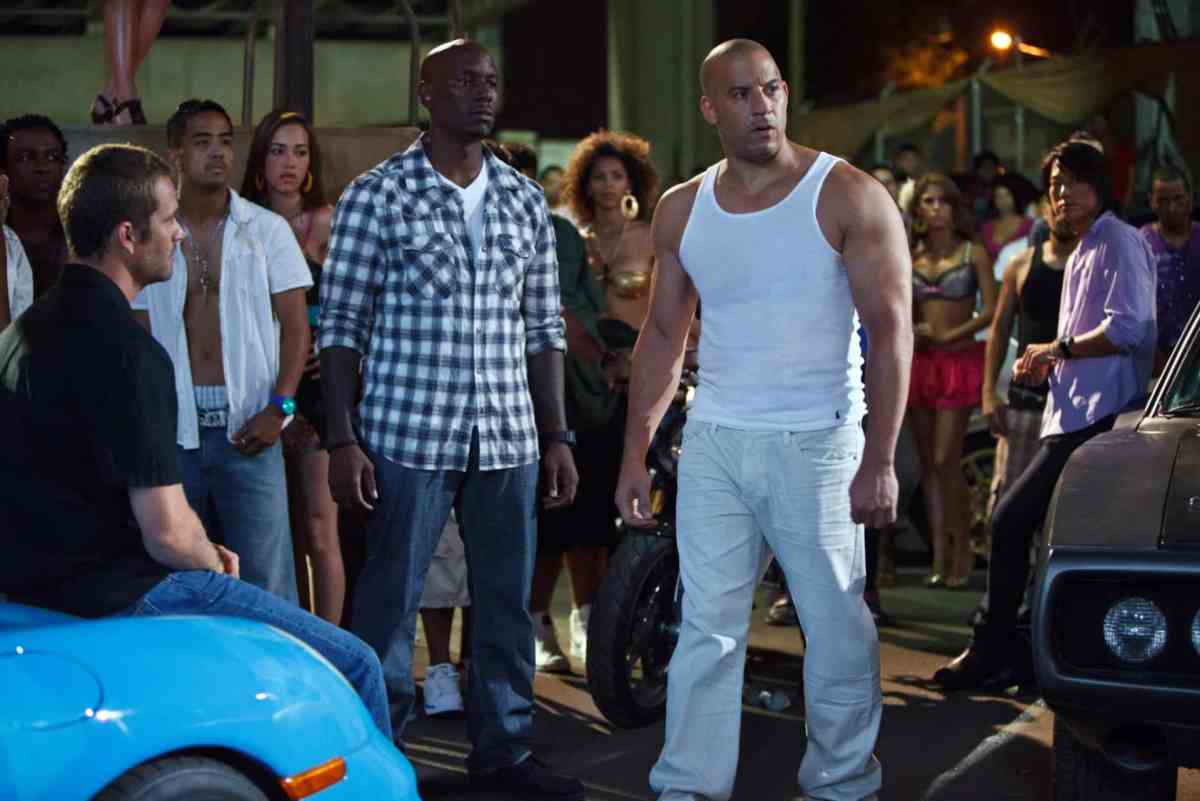 Fast Five proved up to the challenge. For the first time, the budget went over $100M. Dwayne Johnson joined the ensemble to add his trademark “Franchise Viagra.” In a move worthy of the then-emerging Marvel Cinematic Universe, characters and plot threads from the previously disconnected sequels 2 Fast 2 Furious and Tokyo Drift were woven into the film. The film was shot in Puerto Rico and set in Rio de Janeiro, giving it a global feel even beyond that of Tokyo Drift.

Fast Five represents a transition point straddling both extremes of the franchise. Fast Five is really the point at which the series firmly plants one foot in the absurd. The climax finds the characters driving a giant safe through Rio, using it like a giant pendulum, setting up later action beats like the highway hijinks and absurdly long runway sequence in Fast & Furious 6 or the submarine-versus-car showdown in Fate of the Furious.

However, while Fast Five gestures towards the insane spectacle that would follow, it also keeps an eye firmly on the franchise’s origins. Of course, the Fast & Furious franchise has developed an elaborate and complicated internal continuity over its two decades in existence. Still, even allowing for the return of John Ortiz from Fast & Furious and the callback to a key scene from Tokyo Drift, it’s hard to argue that even Fast & Furious 6 is a recognizable descendant of The Fast and the Furious.

By the time that the franchise hits Fast & Furious 6 and Furious 7, Toretto and his crew are grappling with international terrorists and spies. In contrast, even as Fast Five scales up the spectacle and action, it is still recognizably an extension of The Fast and the Furious. Even in Rio, the gang lives on the social margins like they did in Los Angeles. The film’s primary antagonist is Hernan Reyes (Joaquim de Almeida), a local drug lord not too far removed from the villains of the earlier films. 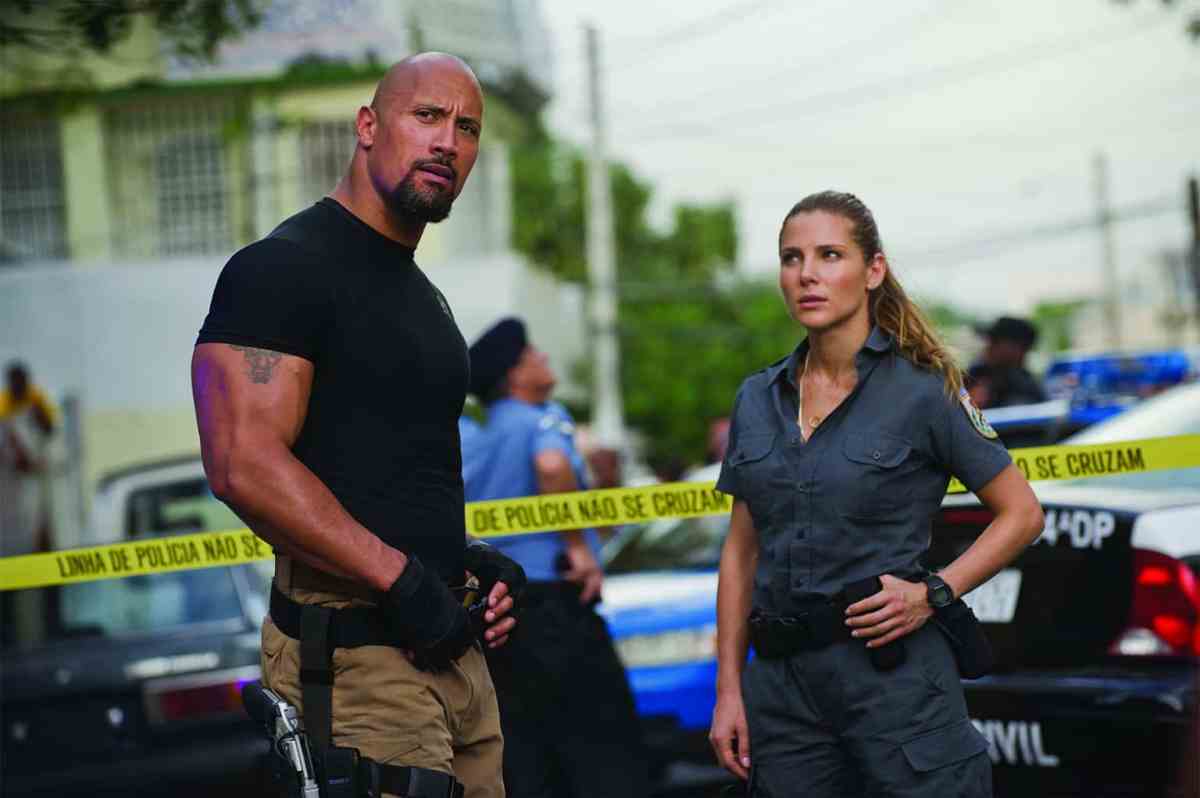 The new character of Luke Hobbs is perhaps the best expression of the synthesis at work in Fast Five, the transformation from grungy urban western into global superhero franchise. Conceptually, Hobbs is a fusion of both Toretto and O’Conner. Like O’Conner, Hobbs is a law enforcement professional assigned to hunt down the gang who ultimately becomes part of the team. Like Toretto, he’s an angry bald patriarch to the surrogate family that he has built around himself.

Hobbs is essentially the core original dynamic from The Fast and Furious, stripped down to a single character and then pumped up to an insane degree: What if Toretto and O’Conner were one person… and played by the Rock? Hobbs is constructed as a potential one-shot guest character at this point, even jobbing his big fight with Toretto to demonstrate where he falls on the Fast & Furious character rankings. However, he is written with one eye on the franchise’s past and the other on the future.

With that in mind, Fast Five remains perhaps the most complete of the Fast & Furious movies, the entry that most effective encapsulates everything that the franchise can do within a single film: the core character dynamics and the insane stunts, the recognizable stakes and the global scale, the grounded surroundings and the absurd physics. Fast Five exists in the Fast & Furious sweet spot, of a piece with the two sets of movies on either side of it.

This positioning affords the movie an endearing earnestness. Its character arcs are broad but still rooted in something more human than the amnesia-related or sibling-fueled melodrama of the sequels that would follow. Much of this is tied to the franchise’s complicated and nuanced depiction of modern masculinity. There’s something very sweet in O’Conner fretting over whether he will be a good father to his unborn child, mirrored in Toretto’s memories of his own father’s gentle decency. 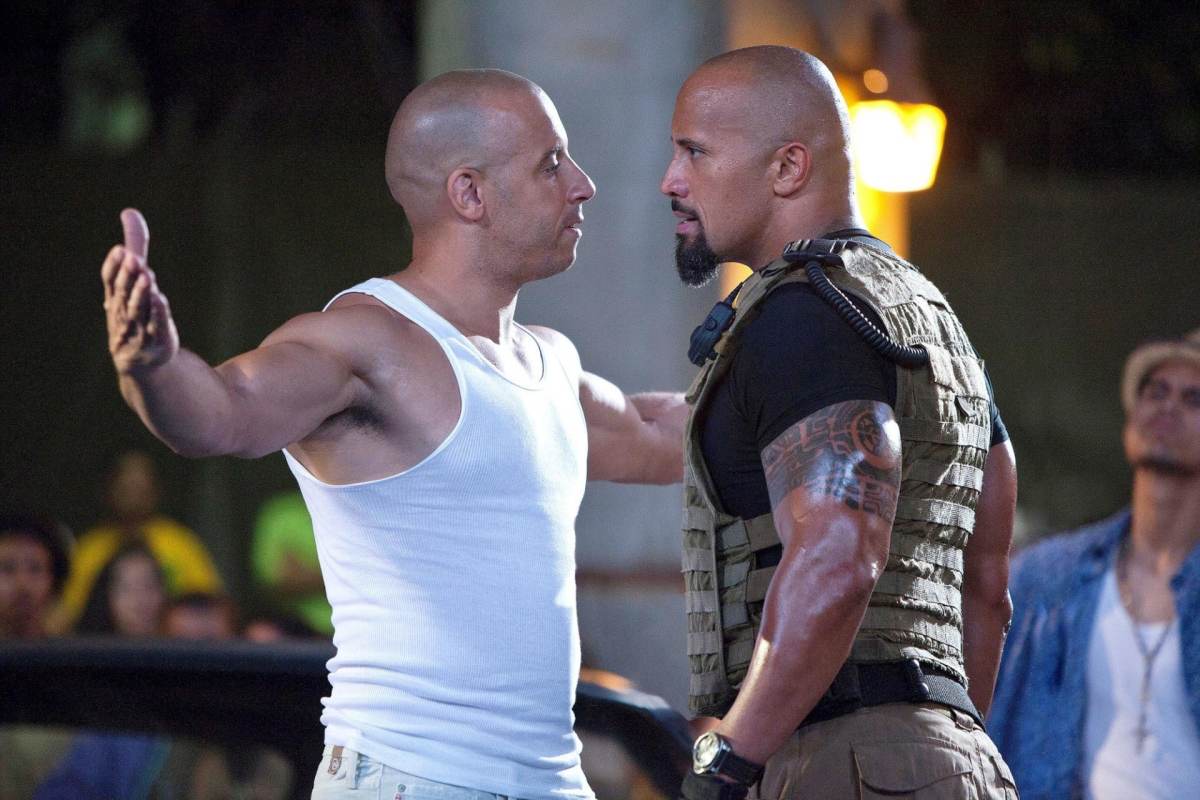 Fast Five affords Toretto a straightforward but compelling character arc that engages with the character’s journey. At one point, Hobbs dismissively describes Toretto as “some wannabe tough guy prick who beat a man half to death with a socket wrench.” It’s a reference to a throwaway detail from The Fast and the Furious, acknowledging that Toretto almost murdered the man that he held responsible for the stock race accident that killed his father. It’s also setup for a later payoff.

The fight between Hobbs and Toretto ends with Hobbs on the ground. Toretto is standing over him, holding a wrench. The obvious question is whether Toretto is still that “wannabe tough guy prick” or if he’s changed and become a better man. Toretto drops the wrench, making it clear that he is no longer a man who responds to these situations with violence. It’s hardly a subtle character beat, but it’s a surprisingly intimate dramatic moment in a franchise increasingly tending toward maximalism.

Fast Five is perhaps the last time that the franchise could pull off a character arc so simple and yet so effective. It was also the first time that the franchise could ask its audience to completely disregard any rules of physics during its big climactic set piece. Fast Five exists at a crossroads between two very different versions of the Fast & Furious franchise, and it offers the best of both worlds.