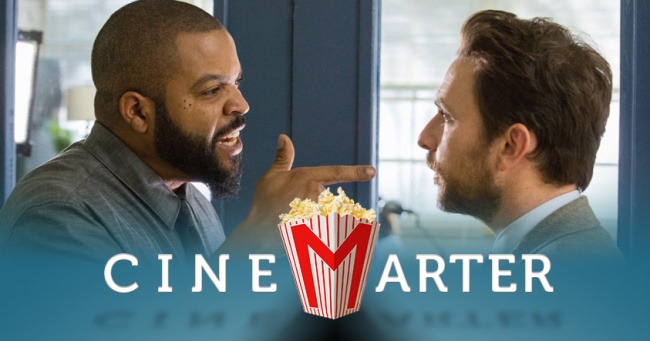 Without mincing words, Fist Fight is a very strong early contender for worst comedy of the year – and maybe even worst movie overall. If it has any redeeming factors, they’ve yet to show themselves. How do you assemble talent like Charlie Day, Ice Cube, Jillian Bell, Tracy Morgan, and Christina Hendricks and wind up devoid of laughs? It seems like an impossible feat, but director Richie Keen, making his feature directorial debut from a screenplay by Van Robichaux and Evan Susser, has managed this feat. So, congratulations, I guess.

The premise of Fist Fight is really simple. Mr. Strickland (Cube) is, well, a strict (get dit?) teacher, and he loses his temper on the last day of school. This is witnessed by Mr. Campbell (Day), who is a pushover. Fearing for his own job, Campbell rats out Strickland and costs his colleague the job. Strickland says there will be a fight after school – actions have consequences, after all. Campbell spends the rest of the movie trying to figure out a way out of the fight. Cue hilarity! 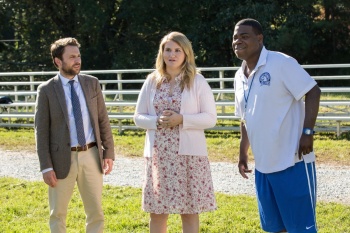 Eventually, we learn that the point of the movie is to have Campbell be less of a pushover, because his geniality is a weakness that needs to be abolished. You’re not a real man if you say “sorry” or let others have their way, after all. That’s the only arc or point of the movie, which makes Mr. Campbell a very boring protagonist. As such, the film tries to spice things up with its supporting cast, which consists of a bunch of one- or two-note performances that just drag things down because they, too, fail to be funny.

Example: the school’s guidance counselor (Bell) gets two characteristics. The first is that she does drugs. The second, and most prominently featured, is that she really, really, really wants to have sex with the students at the school. That’s her character. She and the Tracy Morgan character hang around for most of the film, helping Campbell in whatever shenanigans the script – but not logic – requires. It’s all cringe-inducing and worthy of all of the facepalms that the audience can give it.

Bad comedies are a dime a dozen, but Fist Fight somehow manages to be even worse than the majority.

Let’s talk about the dialogue in this movie. None of it sounds like how real people talk. Now, movies – particularly those that are rated PG-13 or lower – often fall victim to this by overly sanitizing their characters. This one goes the other way. You know that kid in 8th grade who swears every sentence because he thinks he’s getting away with a cardinal sin? It’s like that kid wrote this movie. It’s excessive. When you actively notice that it feels like a movie’s trying to break profanity records, it’s probably gone too far.

Of course, none of the characters have enough to them to feel like real people, either. Almost all of them exist to service the plot – over-the-top caricatures to try to make us laugh, but failing at every step. Only Mr. Campbell slightly resembles a real human, but frequently acts so moronically that this is a fleeting feeling. And Fist Fight might have the worst kids of any movie released recently. They’re … just the worst. Like the aforementioned kid in 8th grade, but more obnoxious than that – even to the teachers. And that’s every kid in the movie.

Bad comedies are a dime a dozen, but Fist Fight somehow manages to be even worse than the majority. None of the jokes land – I did not laugh or even smirk once, and my theater was quieter than usual – the characters are all obnoxious idiots that don’t even begin to resemble real people, it doesn’t understand the word “subtlety,” and, I mean, one of its recurring gags is that an adult wants to have sex with the students of the school. If that’s your thing, well, there you go, I guess. The rest of you would do well to steer clear.

Bottom Line: A worthless movie, there are no positives in Fist Fight.

Recommendation: Comedy’s the most subjective genre, so if this sounds funny, I guess give it a shot. But I can tell you the theater was dead and I hated it, so use your best judgment.