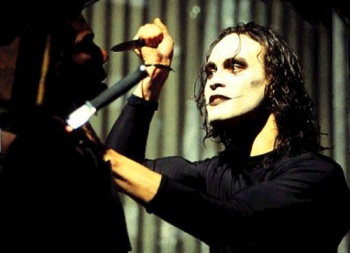 Thugs, crooks, and killers can’t stop The Crow, but a lawsuit over distribution rights might.

The planned reboot/remake of 1994 cult classic, The Crow, could be in trouble before it’s even started filming. The former heads of Miramax Studios, Bob and Harvey Weinstein, have filed a lawsuit with the aim of getting the production put on hold. Miramax distributed the original movie, but the Weinsteins say that they hold the rights for any future movies.

Kavanaugh was dismissive of the Weinstein’s suit however, calling it a “stunt” and saying that the pair had a long history of attempting to intimidate people with legal proceedings. He added that the suit was a feeble and malicious attempt to get some attention from the press and to interfere with the project, and that Relativity would move for immediate dismissal. He also expressed dimsay, both at Field’s involvement with the case and at the comments that Fields made about Kavanaugh and Relativity.

“While [Relativity expects] these types of antics from the Weinsteins,” Kavanaugh said, “We are shocked that a lawyer of Mr. Fields’ caliber would make such false, reckless and intentionally harmful statements to the press about Relativity and Mr. Kavanaugh. We intend to seek appropriate remedies for this misconduct.”

It’s not clear what the Weinstein’s suit means for the reboot, which has only recently found a director in Juan Carlos Fresnadillo, and may potentially have found a star in Bradley Cooper. The lawsuit was only filed last week, so there’s nothing stopping Relativity from continuing work for the time being, pending a preliminary judgment on the Weinstein’s claims. If the brothers’ claims are true however, then it’s hard to see the ruling not going in the Weinsteins’ favor.

Rise From Your Grave