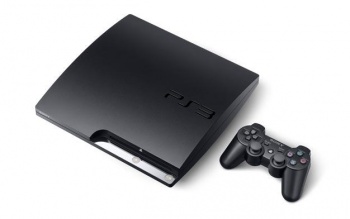 A former top level executive at Sony thinks that only local candidates should be considered to run the company.

Sony Corporation president, chairman, and CEO Howard Stringer has been with the company for more than a decade, and currently runs the whole show after first being hired as president of Sony’s U.S. business. Former head of Sony’s Vaio, home video, and personal audio divisions Koichiro Tsujino thinks it was a mistake to promote Stringer, who is noticeably not Japanese, to the top of a Japanese corporation simply because of his birthplace.

According to tweets by New York Times reporter Hiroko Tabuchi, Sony and the Welsh-born Stringer were criticized by Tsujino at a recent seminar in Tokyo. She tweeted that Tsujino said Sony “used to be innovative” but has now fallen behind in the technology field.

So what’s the reason Sony is falling behind? At least partially because a non-Japanese citizen is running it, Tsujino said. He commented that Sony “should never have been run by a foreigner.” Tsujino didn’t elaborate with any juicy details, but did say that a “foreigner can’t lead Sony back to its founding principles, which is rooted in the Japanese experience.”

Earlier this year an unconfirmed report came out saying that Sony was looking to lighten Stringer’s load, and possibly replace him, by promoting Sony Computer Entertainment president and CEO Kazuo Hirai to Sony corporate president. Stringer himself said he plans to stay with Sony as its CEO until 2013.

Relating Tsujino’s comments to gaming, I wouldn’t call the PS3 “obsolete,” though it was a huge investment. Now it’s chugging along just fine for itself, unlike the PSPgo which was basically dead on arrival. Maybe the PSP2 will prove that Sony still has some tricks up its sleeve? Tsujino is referring to the entirety of Sony though, not just its entertainment division, and without specifics it looks like he’s being a touch of racist here.