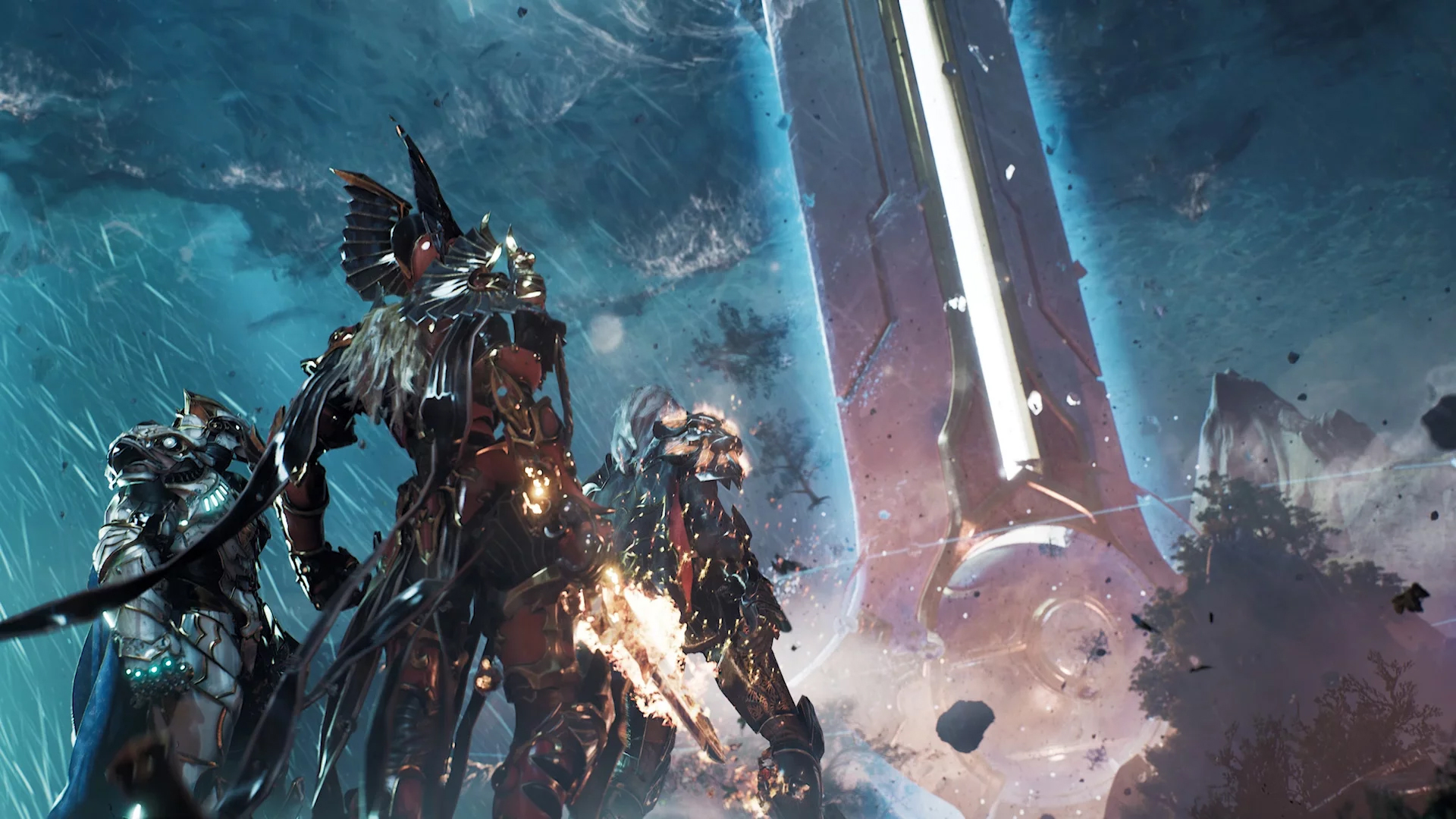 Yesterday we got an extremely quick six-second glimpse at what the PlayStation 5 and PC title Godfall could look like. It was said to be from March of last year and used internally to show off the upcoming title. Now a full Godfall trailer showing over a minute of footage has been leaked online. The video shows several quick combat sequences and is our best look yet at what players can expect from the sword-based third-person action game.

On their Twitter account, Godfall developer Counterplay Games commented on the Godfall trailer to confirm its validity and give some context to the video.

Hey everyone! We can confirm that the circulating trailer is year-old PC footage used as part of an internal presentation. We are energized by your excitement and look forward to showing you just how far this game has come. Stay tuned for a more detailed look soon! ⚔️

Godfall was originally announced by Gearbox Publishing in December during The Game Awards 2019. Details remain scarce, but the action role-playing game has been described as a “looter-slasher” title by the company. One of the few currently confirmed games to be releasing on PlayStation 5, it is set to launch later this year on both Sony’s new home console and the Epic Games Store on PC.

Last month on the PlayStation Blog, Counterplay CEO Keith Lee described the title’s gameplay, which mirrors what is seen in the leaked Godfall trailer. “[The] third-person melee combat is fluid, dynamic and interactive, embracing offense over defense,” said Lee. “While many games these days create one-off cat-and-mouse challenges for players, we want to broaden combat encounters with enduring replayability. In Godfall you can expect satisfying one-against-many enemy encounters along with challenging head-to-head boss fights.”