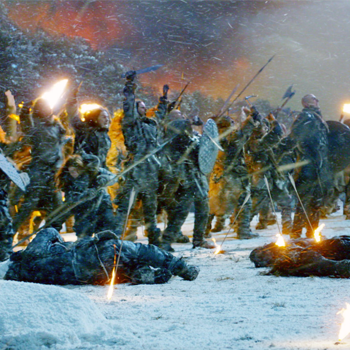 Super-sized IMAX movie screens have been used to show everything from documentaries to Batman movies, but no TV show has ever been afforded the distinction – until now.

The HBO megahit Game of Thrones will later this month make the jump to movie screens with an exclusive IMAX engagement that will make it the first small-screen series to appear in the format. The centerpiece of the presentation will be an exclusive preview of the series upcoming fifth season, along with the final two episodes of the recently-concluded season four.

A total of 150 IMAX screens nationwide will host the event from January 23 to 29. Richard L. Gelfond, the chief executive of IMAX, says that he sees the move as part of the IMAX brand’s overall goal of “innovating in the way that content is displayed.” Other new (for IMAX) ventures will include the upcoming joint presentation (with Netflix) of the sequel to Crouching Tiger Hidden Dragon.

The Witcher 3‘s Steelbook Art Will Leave You Bewitched