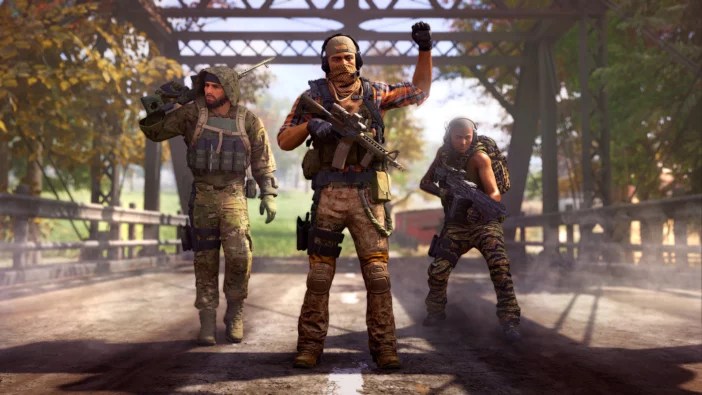 Ubisoft’s newest free-to-play battle royale shooter, Tom Clancy’s Ghost Recon Frontline, is already suffering from a delay following the poor reception to its reveal. A brief announcement was posted on the Ghost Recon Frontline Twitter account explaining that its October 14 European closed test has been postponed to an unspecified point in the future. The game was announced only eight days ago for Amazon Luna, Google Stadia, PC, PlayStation 4, PlayStation 5, Xbox One, and Xbox Series X | S.

We have an important message regarding Ghost Recon Frontline's Closed Test. pic.twitter.com/ne1VgOLMJF

Last week’s reveal showed that the game will take players to Drakemoor Island for more of the tactical shooter combat the series is known for. This time, though, players will have the opportunity to join friends to fight against more than 100 other players before extracting via helicopter. There was also the promise that players can engage with a variety of classes, game modes, and mechanics, with more content said to arrive as the game’s future unfolds. However, this new direction left a sour taste in some fans’ mouths. Fans believe Ubisoft’s continued interest in the live-service model and battle royale sub-genre for Ghost Recon Frontline do not represent the franchise’s most recognizable qualities.

While some fans are taking the delay as an opportunity to wish developer Ubisoft Bucharest well, others have continued to express their distaste for the series’s new direction. A delay of the closed test so soon after the reveal does not bode well for Ghost Recon Frontline, but until Ubisoft has more to say, be sure to stay tuned for further updates.