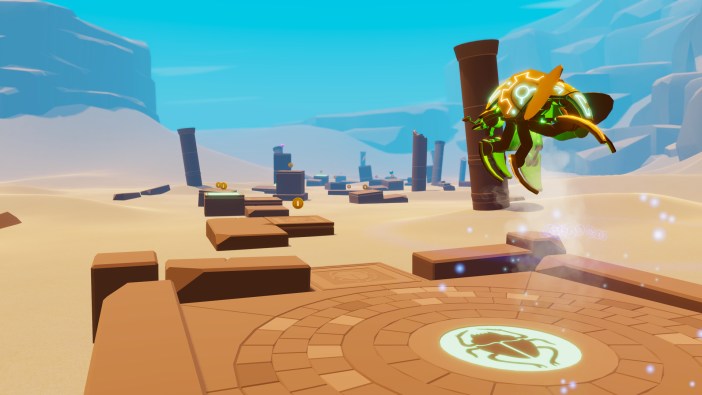 Have you ever heard of the game Glyph? Of course you haven’t. Nobody bought it. How do I know nobody bought it? The developer, Bolverk Games, sent us an email saying so. It’s a refreshing degree of honesty. So in an effort to bolster sales and garner some user reviews, Glyph is currently 90% off on the Nintendo Switch eShop (NA and EU) and on Steam, dropping it to $1.99. This sale will continue until October 20. Surely you can spare $1.99 to support indie developers and maybe discover a new game you like?

But first, you might want to know what Glyph is. Well, its official game description on the Switch eShop is kind of rambly and meandering, which might be part of the problem of nobody buying it. The Steam description of the game is surprisingly more succinct though, revealing Glyph to be a challenging platformer with apparently great physics as you roll, jump, and glide from place to place in a desert across 80+ levels. That’s $1.99’s worth of content, right?

We get a lot of emails about games. It’s sad but true that there just isn’t enough time in the day to cast a spotlight on every game we hear about. But in this unique instance where game developers have thrown their hands up and confessed they have no sales and would really like to get some sales, I had to take a pause to toss these guys a bone. Go enjoy yourself a 90% off Glyph game.