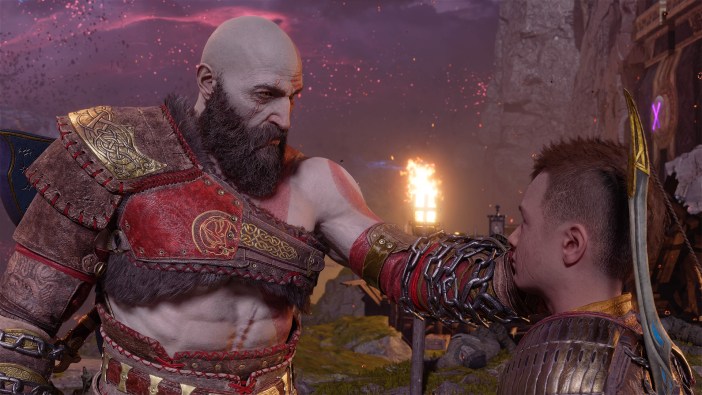 This article contains extremely mild spoilers for the opening hours of God of War Ragnarok in its discussion of the effectiveness of the one-take camera approach.

Remember the 2018 God of War reboot? That weighty axe combat, the epic story, “Boy.” Great game. And who can forget the entire game was one long, continuous shot with no cuts, fades, or wipes? People sure did make a big deal out of that. Lead writer Matt Sophos said, “Using a one-shot camera kept everything feeling intimate.” It was a big, bold, technically impressive idea.

But for me, it didn’t work. And the one-take camera doesn’t work in God of War Ragnarok either.

In movies, this technique is called a “tracking shot” because the camera is often placed on a fixed track to allow for smooth movement. They are complex ballets involving the director, actors, lighting, set design, and camera operator. Directors use tracking shots to convey motion — think of a character running alongside a train as it pulls out of the station. But extended tracking shots are capable of much more.

These longer shots, colloquially known as “oners,” can bring the audience closer to the characters and pull us along at a critical story moment. One of the most famous oners is Martin Scorsese’s Goodfellas. Scorsese glues his focus to Ray Liotta’s character Henry as he leads his new girlfriend, Karen, through the backdoor of a nightclub: a bewildering labyrinth of backrooms, sizzling kitchens, random guys who all seem to know Henry, and, finally, the theater.

This shot is mind-bogglingly complex, but when it ends, Karen and the audience are completely dazzled by Henry’s access and power. The shot draws attention to itself because we’re supposed to be impressed. 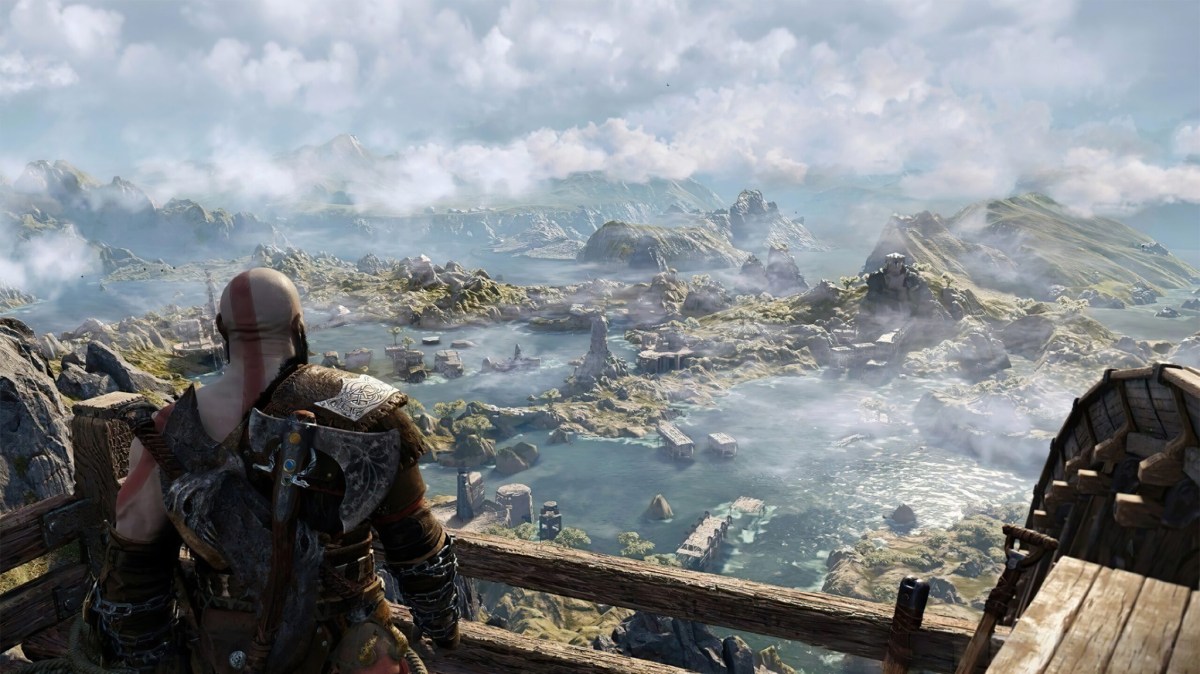 Oners don’t have to be this flashy. Steven Spielberg is famous for using long-take tracking shots to creatively stage scenes that would be less interesting if shot traditionally, like this scene in Jaws. More recently, complex action has been shot in single takes to enhance the intensity of the sequence. Would The Raid or any of the John Wick movies be as legendary without the muscular use of this technique? (I expect the creators of God of War were more inspired by this than Boogie Nights.)

But its power is diminished when used for the entirety of a movie. In Birdman, director Alejandro González Iñárritu traps us in Micheal Keaton’s deteriorating psyche and the strangeness of repetition inherent in rehearsing for a play. But Iñárritu struggles to justify the choice when we’re stuck watching Keaton amble from one location to another. Even in a movie as dense as Birdman, there just isn’t enough story to fill a two-hour-long tracking shot.

Other games have used it effectively though: Gears of War‘s “roadie run” apes Spielberg’s kinetic movement in Saving Private Ryan, but in Gears, it’s used as a tool. God of War‘s game-long oner was praised for its novelty and the recontextualizing of the third-person action game camera — but the narrative doesn’t support it or require it.

In God of War Ragnarok, the increased character count and storytelling sophistication undermine the one-take camera and make it seem like a trend the creative team was forced to continue from the first game rather than a deliberate storytelling choice. A (spoiler-free) example: At key points, Kratos and Atreus have dinner with a few supporting characters. These wonderful scenes evolve the core relationships — especially between Kratos and Atreus. 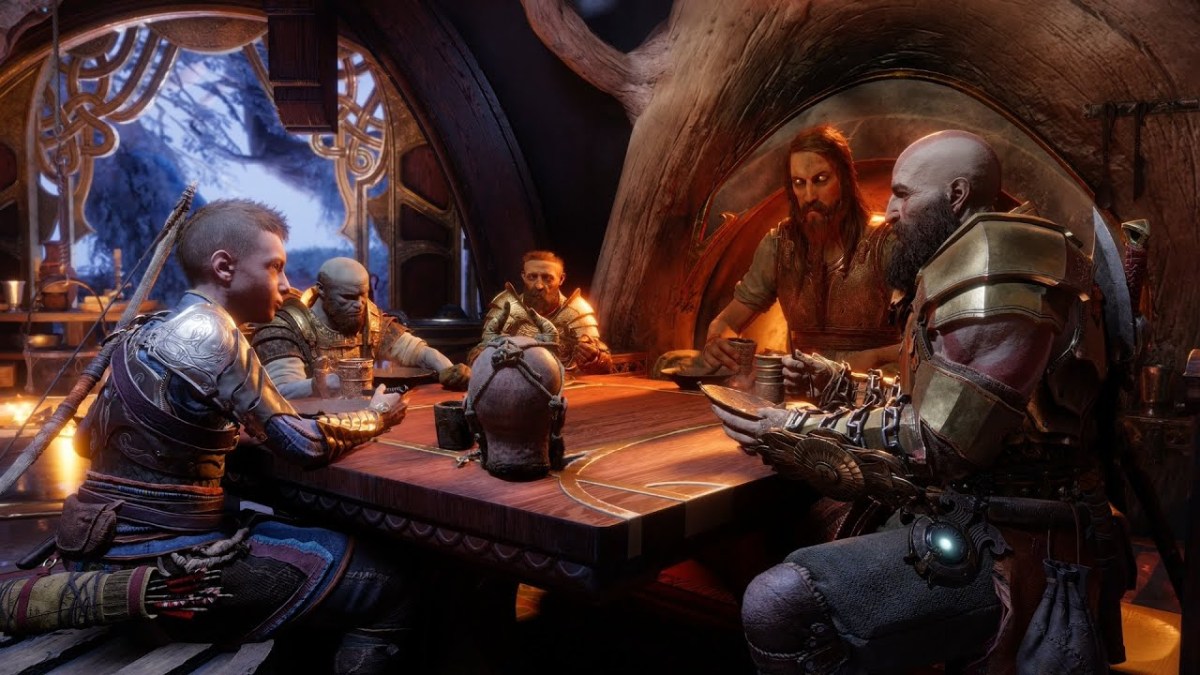 But the floating, never-cutting camera presents a major problem: Where does it go? The directing team knows they can’t have the camera fly around the table — it would totally defuse the tension. In desperation, they plunk it somewhere in space off one corner of the table, which puts half the characters with their backs to us. Even the subjects of the scene, Kratos and Atreus, are shot in near-profile. With real actors, slumped shoulders and tensed muscles could convey a lot of emotional information, but polygonal models hidden under a pile of armor and weapons don’t have the chops. And tragically, Mimir is facing away from us. The game’s best character is relegated to set dressing.

Instead of bringing us into the scene with cuts to close-ups that show their thoughts and reactions, we’re kept at a distance, outside the conflict. The intimacy is completely neutralized. The warmest moments of the story leave us out in the cold. The choice makes even less sense when the player control shifts to Atreus. A oner is a statement that makes the camera obvious and the watcher aware of it. It places us in the story alongside a character. When that character is left behind, and we follow another for an extended time, the question blares: Who are we?

In Children of Men, Alfonso Cuaron wields long takes to great effect. The camera sometimes wanders away from the main characters to focus on background details: migrants locked in cages or the aftermath of a bombing. Cuaron is making a deliberate choice here. He’s saying the audience is not just along for the ride — we’ve changed from observer to witness. 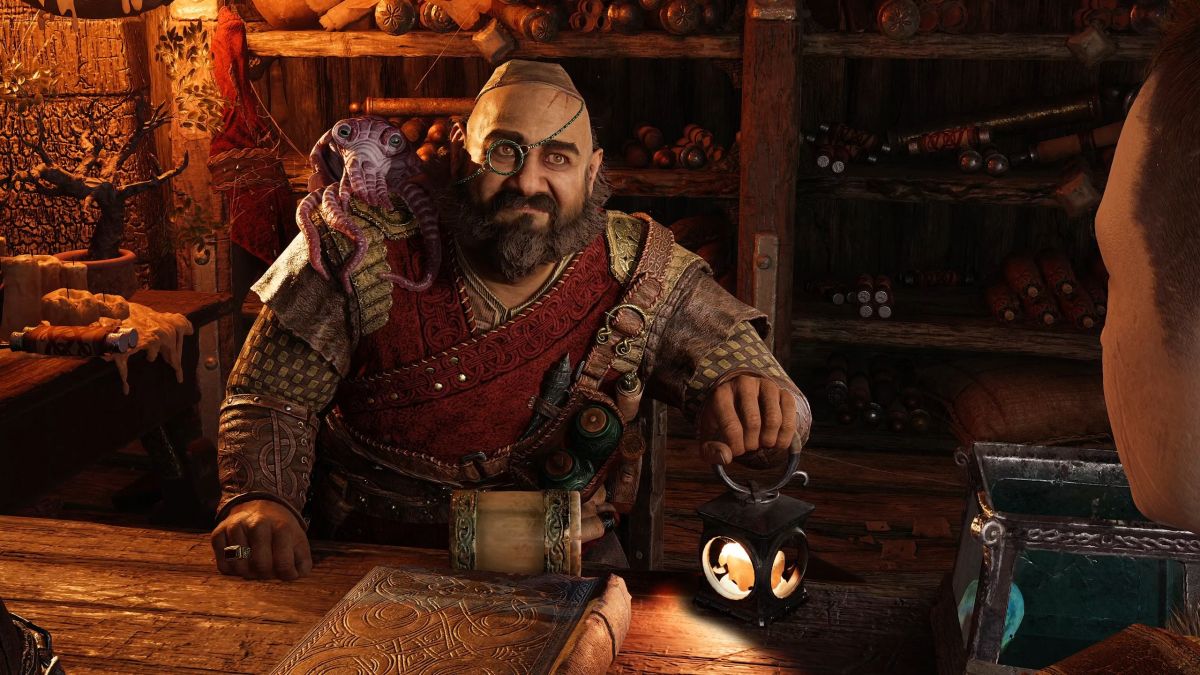 What are we witnessing in God of War Ragnarok with its one-take camera? In the first game, you could make a case that the player is Faye’s spirit guiding her boys to their goal, but Ragnarok kills this theory. If our role is to bask in the awe of the world Sony Santa Monica has created, as suggested by Creative Director Cory Barlog, fine. But the price of breathtaking scope is paid in connection.

Consider the most famous cut in movie history: In 2001: A Space Odyssey, Stanley Kubrick cuts from a bone flying through the air to a satellite tumbling through space. Hundreds of thousands of years collapsed into 24 frames. You simply could not communicate this as effectively without the cut.

Video games aren’t movies. But when so many film techniques are used to tell a story, we can’t help but make the comparison. God of War 2018 and Ragnarok are attempts at big, bold, emotional storytelling — that often succeed — but their use of this tool is clumsy and naive. When everything is intimate, nothing is.