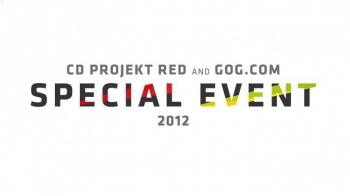 There once was a time when being a PC gamer meant you probably played on a Windows operating system. Today, this is increasingly not the case. Gaming alternatives such as OSX and Linux are more popular than ever, and receive mainstream attention through Valve’s cross-platform Steamplay service and the Humble Indie Bundles. Even the classics of GOG.com might not be restricted to Windows as this trend continues. On October 18th, the developer, publisher, and distributor will run a livestream to announce several important initiatives, the most significant of which is that a new operating system will be added to GOG.com’s impressive games library.

The two-hour livestream, to be hosted via Facebook and GOG.com, will reveal various projects that CD Projekt and CD Projekt RED have been working on since the release of The Witcher 2. Outside of GOG.com’s operating system announcement, the team will reveal the official name of its new Cyberpunk-inspired game, several upcoming GOG.com releases, and information regarding the OSX version of The Witcher 2. The fact that CD Projekt’s own series is coming to Mac does make an Apple-friendly GOG.com more likely than say, Linux or Android, but we’ll have to wait until October 18th for confirmation.

The question now is how many of GOG.com’s games will be made available on other platforms. The service has always aimed to make its games accessible on a variety of Windows operating systems, but translating its entire classic games library to non-Windows platforms always seemed impractical and daunting at best. At the very least, we should see a selection of recent releases gain this multi-platform support, while older titles may have the support added as it becomes available.

Source: The Witcher 2, via Joystiq