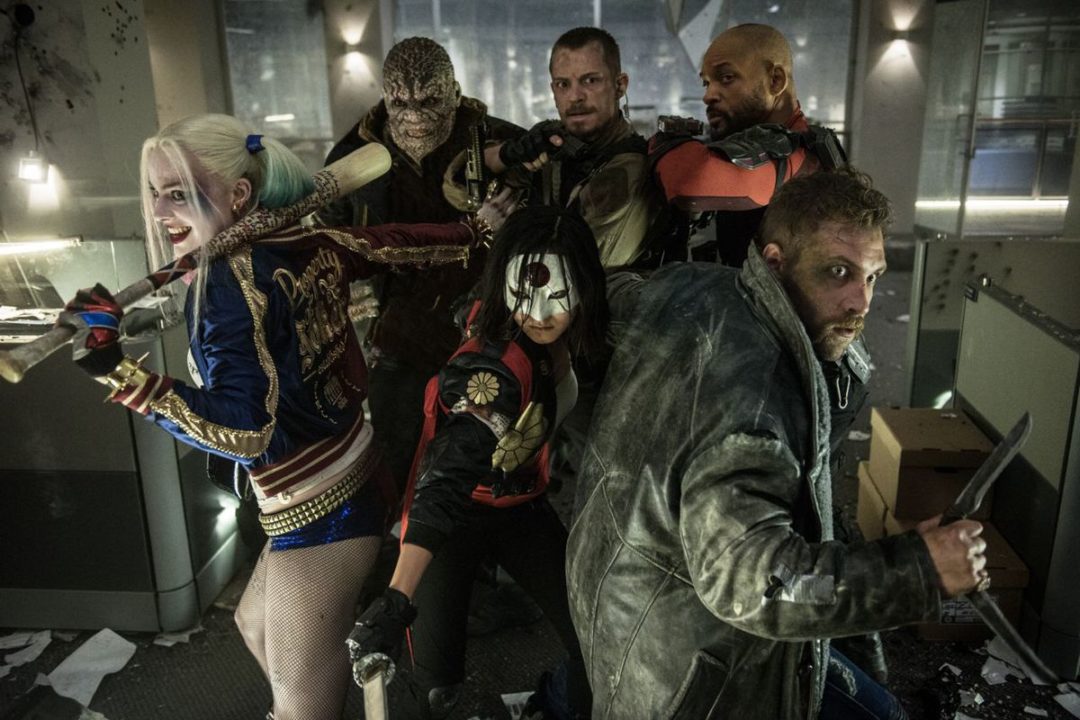 A version of this article originally appeared on Flixist.

Nothing is better than a great trailer. The mystery! The hype! And when a film lives up to that delectably teasing sample, it’s a powerfully rewarding feeling. See? The trailer was awesome and it’s a good movie! The best. That’s why it’s such a miserable kick in the teeth when the movie in question flat out sucks compared to the trailer.

With summer blockbuster season in full swing, it’s an ideal time to look back on legendary trailers that masked the messes we would eventually witness in the theater. These trailers did their job of getting us into the movie, but they couldn’t stop us from walking out.

This is the trailer that inspired this article in the first place. Sucker Punch was directed by Zack Snyder and it shows. It starts off by giving you a tantalizing hint of story, just enough so you can piece together that the main character is in a bad home situation and that she was eventually placed in an institution. She can escape by transferring her consciousness into imagined realities where she must search for five items. The trailer then goes bonkers and throws everything at you at once. You’ve got nazi zombies, dragons, robots, jetpacks, bunny assault mechs, shadow ninjas; it’s insane. I still associate the song “Panic Switch” with this trailer. When that song kicks in the trailer just ramps up and is firing on all cylinders.

I was so excited when I saw this trailer. What I got in the movie was a story that felt like an Inception rip-off that squandered every performer involved. Oscar Issac is in this! The crazy worlds we saw were essentially video game levels, one for each item, and there was no rhyme or reason to them. Why are they fighting nazi zombies to get a map? Why is obtaining a knife shown in her mind as fighting robots on a bullet train? Most video games have more creativity in their levels than what was presented here. It had such promise, but all of the imagination in the trailer was just window dressing for a shallow nothing of a movie.

Prometheus is the prequel to the Alien series that didn’t really want to bother being a prequel. Had it chosen to be its own thing or to more faithfully devote itself to being an Alien prequel, it might have worked; Prometheus did neither. It tries to do both and fails.

The trailer starts off with stunning landscape imagery before breaking down the premise. Scientists have found an interstellar map that was left on Earth by aliens and they want to explore where it leads. Tension builds as we glimpse an alien world. The trailer elicits so many questions. What is going on? Where is this going? You get glimpses of Alien’s iconic “space jockey” and its crashed ship. The music builds to a fever pitch.

The movie never delivers on that spectacular anxiety, though. The final film is happy to ask questions but no desire to answer any of them. What was with that giant head? It’s just a head apparently. How does this connect to the first Alien movie? It doesn’t really, except in very broad strokes. Is that the space jockey from the first movie? It is not. Is there a xenomorph? Not really.

The Perfect Score came out in the early 2000s and boy is it ever an early 2000s movie. As the first movie that Chris Evans and Scarlett Johansson were in together, it’s an interesting footnote in Avengers history. Beyond that, it’s a whole lot of nothing.

The trailer, however, is awesome. It starts off with one of those math problems that made your head spin in school. Then we get a break down of each character plotting the SAT question heist at the center of the flick. The way that dialogue and reactions are cut in the trailer makes it seem like a witty good time, but in hindsight they’re all clearly taken from disparate scenes. There’s also something about the way that Chris Evans says “thievery” that shows that the man was born to play Captain America.

There’s teenage outrage, daydreams, and what feels like genuine heart coming through when a character is asked if they could be anything what would they be. Of course, the most potent scenes in the trailer aren’t even in the movie.

Wow, what a trailer. This may be one of the best trailers I’ve ever seen. The trailer kicks off with photographic “evidence” of UFOs throughout the years. Then that song kicks on. What a perfect piece of music to set a tone of despair. The use of muted sound effects from the movie amp up the desperation. The military is gearing up, we are on the back foot, and an alien invasion is kicking off. All the action keeps ramping up as things look more and more hopeless. Shaky cam footage and news reports paint a dire picture of global loss. There’s also a patina of horror movie as people are being dragged away by shadowy extraterrestrials.

Battle: Los Angeles retains none of the tone in this trailer. Most of the footage used for the trailer is contained in the first act of the movie. There are glimpses of later events, but it’s mostly just the initial battle. Outside of Aaron Eckhart, who is trying way too hard for a movie like this, the acting is mediocre and the numbing action barely holds your attention. A trailer that haunting deserved a better movie.

Suicide Squad may have won an Academy Award but there’s a good reason that most people reacted so poorly to this DC Comics movie: this trailer. It set up Suicide Squad as a filthy, fun answer to Guardians of the Galaxy. Opening with Queen’s legendary “Bohemian Rhapsody,” we get tantalizing glances of the squad. Rick Flagg gives us the rundown of everyone and their skills. Captain Boomerang jumps out of a duffle bag and immediately starts punching people. It just works. The whole squad starts fighting together and all this other craziness starts coming out of nowhere. There’s someone in a panda suit firing a machine gun, Jared Leto’s Joker running around causing mayhem, and it’s hard to make out a lot of what exactly is going on. Fun!

Indeed, it’s the kind of fun and energy this dour, muddled movie never embraces. There’s still hope. James Gunn, the maestro of wacky fun behind Guardians, is in charge of the Suicide Squad sequel.