Nick Robalik operates one-man indie studio Pixelmetal out of New York City, and when I got to sit down with him recently to chat about his current project Sombrero, I got to live the “bring a knife to a gunfight” experience first hand. As four of us played head-to-head, Robalik chuckled when I mentioned the Ray Gun weapon drop I’d just picked up. “Yeah, we need to balance that,” he explained, as I killed all three other players back to back from across the entire level. “You really do, don’t you,” I joked back, before a shielded player snuck up and shot me, costing me my megaweapon. At that, we were all once again engrossed in the match, spraying bullets, dodging explosions, and collecting treasure for victory points.

Sombrero is a western-themed game, but it’s a far cry from what you might think at first. There are cowboys and six-shooters, but there are also playable, bipedal sea creatures, and ray guns in desperate need of a nerf. The color scheme is generally drab, as is popularly associated with the frontier, but the art style keeps the visual experience from being dull. When we think of the western aesthetic, I imaging we collectively think of figures like Billy the Kid and Doc Holliday, which don’t lend themselves to levity. Replacing The Kid with a character akin to Futurama‘s Zoidberg does shift the tone of the setting away from the grim, albeit far more realistic extreme. 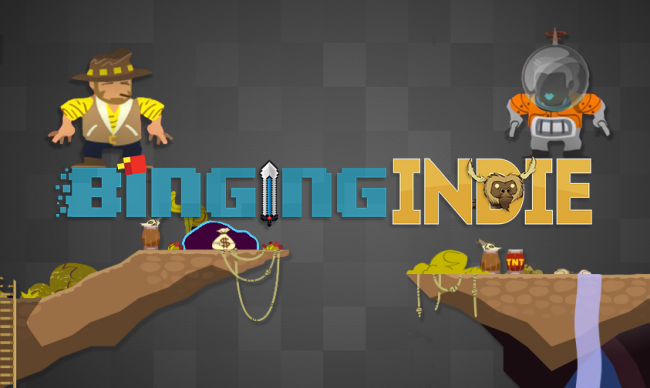 Robalik is taking a bit of a different approach to getting Sombrero out to the gaming community, which betrays the spartan nature of his studio. Instead of using Steam’s Early Access model, which is prevalent among smaller studios – these days it seems to have gone well beyond just the small studios, in fact – for garnering a community foundation and feedback on the game itself, Robalik is passing an early build around to YouTubers and the like, which offers Sombrero both exposure and vital feedback. He’s also bringing the game to as many conventions as possible, offering feedback from a larger swath of the gaming demographic.

A prime example is the Deathmatch mode, where your goal is to rack up as many kills as possible. A mechanic in game gives players a two-to-three-second shield when they respawn, which helps keep the game balanced in case of one player being particularly good, since players will have a window, however brief, to get a couple shots at the best player after death. The trouble is that hazards, like falling in water or onto spikes, don’t give any penalties, so clever players won’t take long to figure out that they can simply dive into the water, spawn with a shield, and slaughter foes until the shield ends, at which point it’s a simple rinse-repeat cycle. While this sort of mechanic exploit will certainly seem unmissable to some of us, it likely won’t even occur to others with different mindsets. When I mentioned this exploit – after abusing it for an entire match, which I happily took the victory in – Robalik explained that he’d already started pondering solutions based on the same feedback from a random passerby at a recent convention.

Sombrero is still a way out, but even the early alpha build I got to play was intensely entertaining, while being an incredibly simple gameplay concept. Keep an eye out if you’re looking for a party game that kicks like a mule.