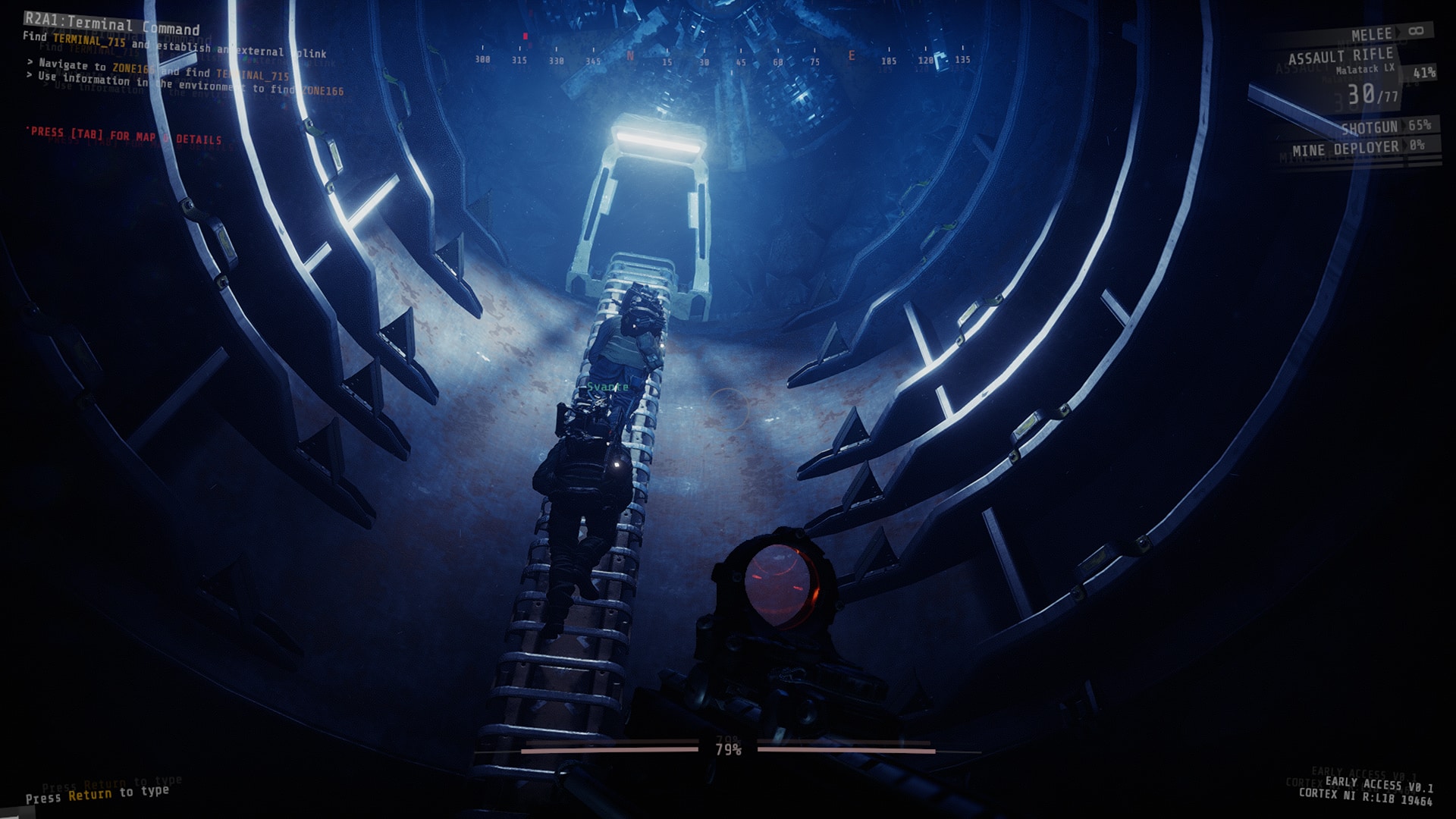 “GTFO doesn’t hold any hands,” promised GTFO lead designer Ulf Andersson, the mastermind of Payday 2. And bloody hell, he really wasn’t kidding. It’s an unrelentingly hardcore experience where even the most seasoned FPS veterans could be torn to shreds with one wrong move. A world as grotesque as it is utterly gorgeous, GTFO’s Early Access release has been a smash with fans of Aliens and Dead Space. Looking ahead, developer 10 Chambers Collective has begun implementing its bold plans for GTFO with Infection, its latest update coming March 31. I had the pleasure of sitting down with three members of the team as GTFO disemboweled us with glee.

For those new to GTFO, you and up to three other players play as prisoner soldiers, forced into a covert war deep within a miserable rock known as The Complex, which is infested with horrifying creatures beyond imagination. If you’re lucky, you might just live to fight another day with most of your blood still in your body. Now that secret war is evolving in ways few would dare.

Where many co-op games are content to release a set of maps that are always available, GTFO instead will offer unique, ever-evolving rundowns — i.e., handcrafted campaigns of varying lengths. As new mechanics are explored and implemented, each rundown represents a step forward for GTFO and its world. Rather than try to update old content to stay relevant, each rundown capitalizes on an ever-deepening, constantly fresh experience.

For instance, during my preview run, our team had the benefit of several new weapons, such as a high-damage but low-ammo-yield burst rifle and a fully automatic machine pistol. Each can be devastating to the hordes, but the close confines of the Infection mean you’ll have to act quick before you’re overrun. Even with a team of fully coordinated, voice-linked developers, we were decimated time and again, yet all defeat did was goad us into another run. The gameplay is much fairer than it sounds, as failure was often our own fault; one time it was merely due to a teammate opening a door too quickly while we were caught up in conversation. Surprising enemies and achieving your objectives also requires careful observation of your environment, allowing clever players to dodge lethal pitfalls.

Despite being co-op, GTFO captures that pure “Game over, man! Game over!” panic like few could imagine. Blood splatters and obscures your helmet, dripping dynamically down your face as you struggle to keep your sights trained on the darting monstrosities howling so loud you can scarcely hear your teammates. No team member can be fully equipped to counter every threat, so you’re constantly relying on each other’s gear and communications to survive what’s behind the next locked door. Skill-based real-time hacking adds all the more tension as you frantically try to escape. That pure sense of uncertainty survival horror demands is there every second, pounding like your heartbeat in your ear. 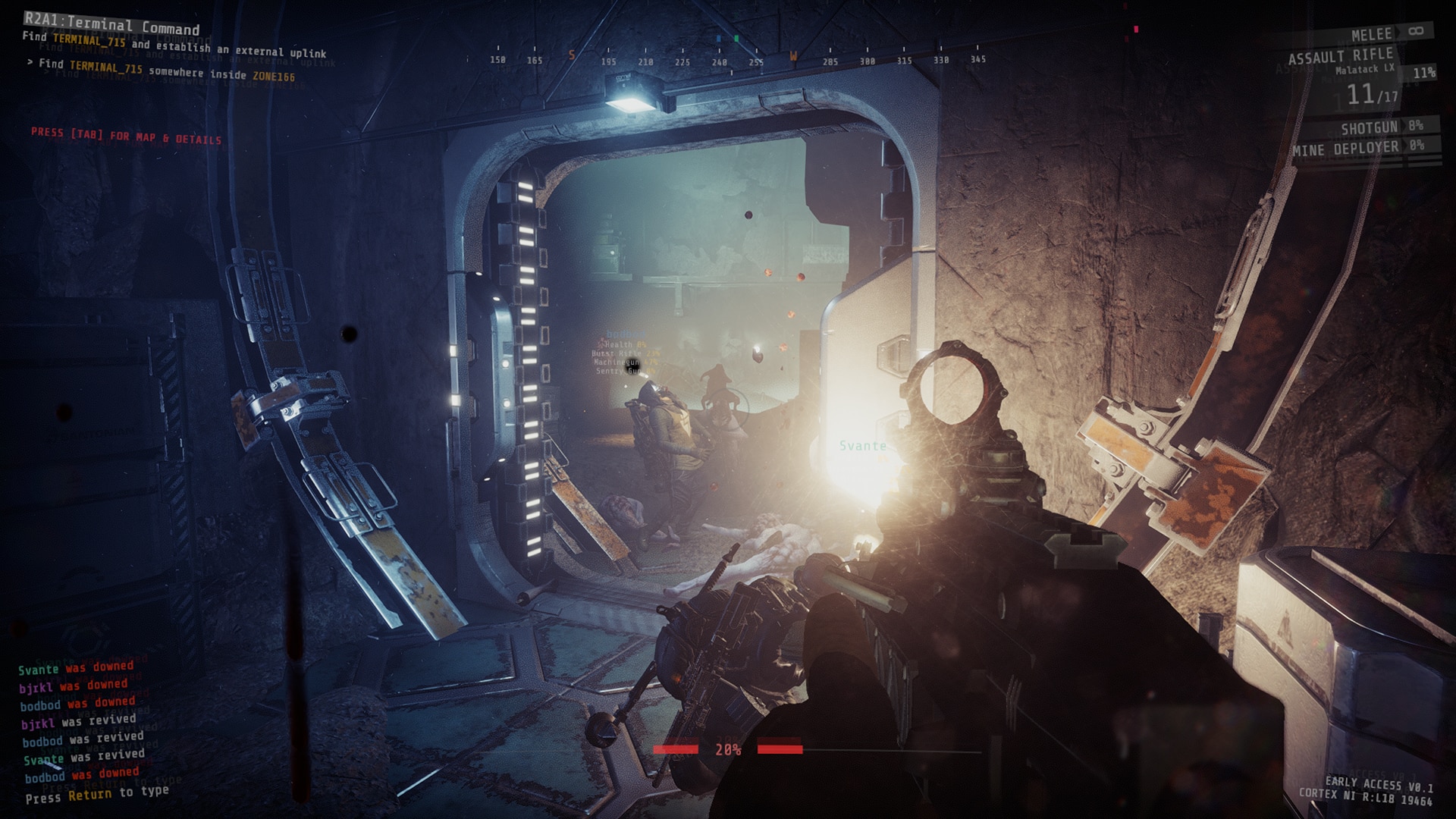 This isn’t to say that 10 Chambers hasn’t been blown away by their community’s resilience. When asked about players who solo the game, the team members couldn’t help but admit their respect for an achievement they thought impossible. GTFO was never planned as a single-player experience. The game demands a coordinated group, intentionally lacking any matchmaking and instead necessitating joining the game’s growing community. While they can’t guarantee future rundowns will be quite as soloable as GTFO’s original offering, they’re definitely curious about what strategies fans will cook up next.

Community will also play a fundamental part in Infection, with additional missions unlocked over time as multiple groups achieve successful runs across each tier of missions in the rundown. The aim is not only to give the community a greater goal than simply surviving by the skin of their teeth, but to ensure that everyone helps unlock content for one another. With 10 new maps to work through, GTFO’s players have their work cut out for them. Together with the deepening gameplay sandbox, this compelling approach leaves me eager to see what comes next for GTFO. 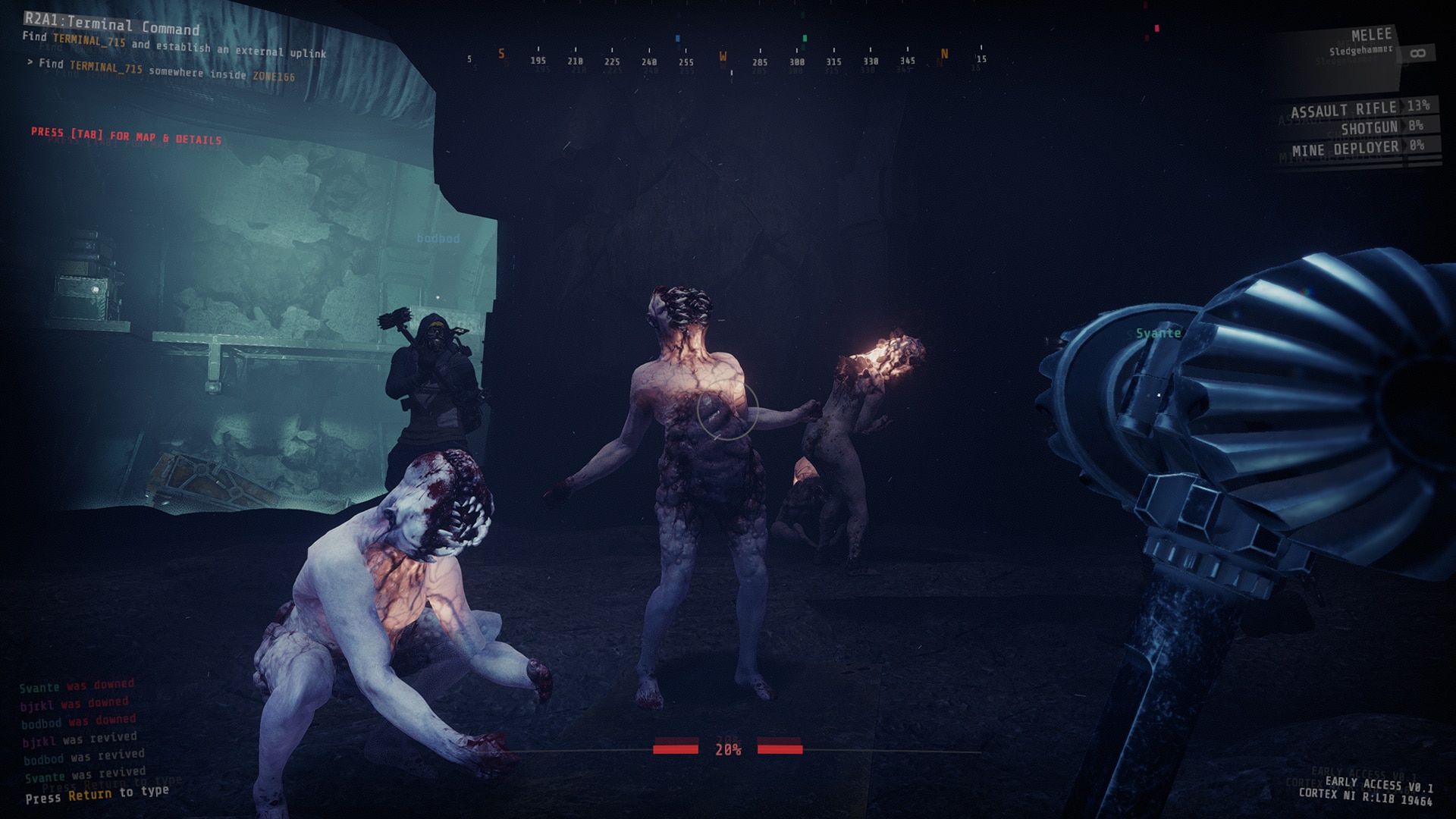 That’s truly the core of GTFO. It’s not built in isolation from its community, nor is it taking the easy route with any of its aspects. Every member of the team I played with is humbly aware of the challenges they face, eagerly pressing forward like their players in every mission. Such tireless enthusiasm was downright inspiring. Where 10 Chambers and their community go from here remains a mystery to everyone, but one thing’s for certain — they’re working tirelessly to be a cut above the competition.

Infection comes to GTFO on March 31 on Steam.