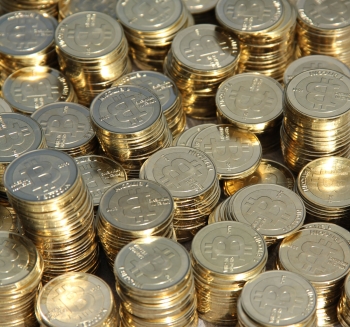 CEO Karpales won’t be going to the US any time soon.

Up until now, Bitcoin exchange Mt Gox has been relying on bankruptcy proceedings to save itself from utter ruin, after hackers managed to strip its vaults bare – bar a few coins hidden under the metaphorical sofa cushions – but that tactic seems to have run its course. According to the Wall Street Journal, Mt Gox has given up on bankruptcy protection and will file in Tokyo for liquidation instead. Should this proceed, creditors can expect to recover much less than they had hoped from Mt Gox’s remains, though there is a small chance someone will swoop in and buy the exchange. Should that happen future profits might help recoup some of the exchange’s half billion dollar losses.

However if you’re in the US and hoping to catch a glimpse of CEO Mark Karpales as he answers questions in the US bankruptcy proceedings Mt Gox also filed, forget it. Despite a judge telling him, in no uncertain terms, that if he wanted to avail himself of US bankruptcy protection he needed to attend an April 17th deposition, Karpales has refused. Apparently he needs more time with his lawyer.

“Mr. Karpeles is now in the process of obtaining counsel to represent him with respect to the FinCEN Subpoena,” says Mt Gox’s latest filing. “Until such time as counsel is retained and has an opportunity to ‘get up to speed’ and advise Mr. Karpeles, he is not willing to travel to the US.” Mt Gox filed for US bankruptcy protection back in March.

It’s not clear what effect the Tokyo liquidation proceedings will have on Mt Gox’s US bankruptcy filing. If liquidation goes ahead – which requires a majority of Mt Gox’s 127,000 creditors agree to it – a trustee will be appointed who will take over management of the company’s assets from Karpales. Before all this happened, Mt Gox was the world’s busiest Bitcoin exchange; at Karpales’ own estimate, when it went under Mt Gox took 7% of the world’s total Bitcoin supply with it.