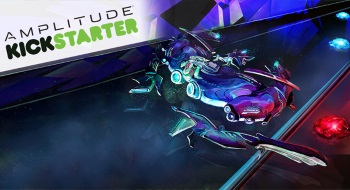 If you’ve ever wondered why a rich game developer like Harmonix needs a Kickstarter to fund a game, PR director John T. Drake is happy to explain.

Earlier this month, Harmonix launched a Kickstarter for Amplitude, an update of a decade-old PlayStation 2 game for the PS3 and PS4. That very quickly led many people, myself included, to wonder why a studio like Harmonix needed a Kickstarter in the first place; after all, it won a $300 million lawsuit against Viacom less than a year ago, and that’s an awfully big pile of money by any measure. If it wants to make the game so badly, why not spend a few of its own bucks on it?

But as John Drake explains, that perception of the situation is way off-base. “About three and a half years ago, Harmonix spun back out of Viacom as a newly formed independent company. While we’re known for AAA console titles released via major publishers, at this point we’re really just an independently owned and operated studio,” he wrote in a recent blog post. “When it comes to big games, we’re working contract to contract and hoping to get to make the next thing that fans will love.”

Sometimes, he said, the studio is able to do things “the old-fashioned way” by getting backing for an idea from a publisher, as was the case with Disney Fantasia: Music Evolved. But niche titles without obvious commercial viability are another matter entirely, and if they that don’t get that support, they don’t get made. That’s Amplitude in a nutshell: “A project that’s too expensive for us to fund on our own with our limited resources, a game that people want us to make, and a game where a publisher isn’t willing to provide development funding,” Drake wrote.

Furthermore, the $775,000 Harmonix is seeking on Kickstarter represents less than half of Amplitude’s total budget, meaning the studio will still be taking on considerable risk by making the game. “Harmonix had successes in the past that let us keep the studio going and make small games, but at this point our coffers as a company aren’t full enough to fund the entirety of Amplitude by ourselves. There isn’t a secret vault of Rock Band money that we’ve forgotten about,” Drake wrote. “This Kickstarter isn’t a ploy to get crowd-funding in order to see a bigger profit – it’s a desire to see a horizon where the game we have in our heads has a chance to break even.”

As for the obvious question about Harmonix’s financial situation – what happened to all that sweet Viacom green? – the answer is obvious, too. “You may have read news headlines in years past about huge sums of money being paid out by Viacom (our former corporate parent) to ‘Harmonix’ following Rock Band’s commercial success. In fact, Viacom paid that money as part of its purchase of Harmonix back in 2006 to the company’s original shareholders, which mostly consisted of the investors who kindly kept Harmonix afloat for the 10 years that we struggled in obscurity before hitting big with Guitar Hero and Rock Band,” Drake explained. “Those original investors were the primary recipients of ‘all that Rock Band money’-as well they should have been – not the business of Harmonix that is trying to make this game!”

Drake’s post is well worth checking out it in full for anyone interested in the game development business. Unfortunately for those looking forward to Amplitude, the Kickstarter isn’t going well; with eight days remaining, it’s raised just over $253,000, less than a third of its goal.