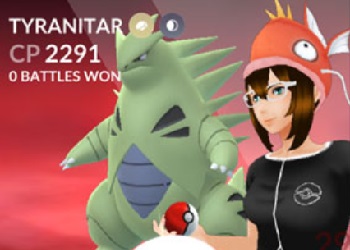 PokeCoins are the microtransaction currency of Pokemon Go, and the latest Gym / Raid Update adds a new way to earn free PokeCoins without spending real world money. The big question is, how long does it take to actually earn just one dollar on the new system?

Figuring it all out isn’t too tricky, but we’re also going to break down how the system works in practical terms. Pokemon GO has microtransactions just like every other free-to-play phone game, but it also doesn’t require that every player heavily invest if all you want to do is catch a few Pokemon around town. PokeCoins aren’t exactly an in-demand currency in the game, but for big-time fans, they’re an absolute requirement.

Enough beating around the bush, let’s get into the stark reality of the new PokeCoin-earning Gym system in Pokemon GO.

PokeCoins & Gyms – How It All Works

Gyms are now the focal point of Pokemon GO‘s Augmented Reality gameplay. With the gym update in effect, you can spin gyms to collect items, wait around and join friends to take part in Raid Battles, or continue to assign defender Pokemon and hold those critical spots for your team.

The longer you hold a gym with your defender Pokemon, the more free PokeCoins you’ll earn. Right now, PokeCoins are earned at a rate of 1 per hour.

But, it’s also important to remember that there’s a hard limit on earning PokeCoins. You can earn a grand total of 100 PokeCoins per day.

Let’s back up. There’s more to this equation than meets the eye — it’s all about how the Gym Motivation System Works.

Gyms have opted out of the Prestige System, which has been replaced with the Motivation System. Pokemon Defender in a Gym now steadily lose Motivation, which lowers their total CP temporarily in battle.

Losing battles lowers Motivation, and Motivation goes down as time passes. The only way to increase Motivation is to visit and feed Berries to your Defender Pokemon.

Pokemon remain in a Gym until their Motivation hits 0. Once they hit 0 on the Motivation Meter, they’re kicked out after their next loss.

When a Pokemon is removed from their Gym Defender position, they’ll return to the trainer and bring a PokeCoin reward — remember, that’s 1 PokeCoin per hour defending in a Gym.

Now, let’s get back to the PokeCoin question. It takes 100 hours for a single Pokemon to earn 100 Pokecoins, which is equal to 1$ in Pokemon GO microtransaction funbucks.

But, send out two Pokemon and you’re looking at 50 hours for 100 PokeCoins. 4 Pokemon defenders lower that total to 25 hours for 100. That’s all simple math, but if you manage to keep more Defenders defending, there’s a possibility for faster coin turnaround.

For the purposes of this example, let’s say you’ve placed 6 Defenders in a Gym. Those 6 would only need to hold a Gym for about 17~, or less than a day, to earn 100 PokeCoins if they all returned at the same time.

But, there’s another downside to the new system.

Remember that 100 PokeCoin limit? If your Pokemon is, theoretically, holding down the fort for far more than 100 hours, you won’t earn anything for the extra time. Same, if (in some bad luck) two 100 PokeCoin-carrying Pokemon return to you on the same day. You’ll lose all the extra coins.

That’s even worse — if you plop your Pokemon into a low-traffic Gym, there’s no guarantee your Pokemon will ever get kicked out. PokeCoin rewards only arrive when a Pokemon is removed from a Gym, and that can (currently) only happen in battles.

On top of all this, Pokemon can (as reported by players on the Pokemon GO reddit) basically remain in a Gym indefinitely if you’ve got enough berries to feed at all times of the day.

What does it all mean? This is a tricky system with extremely low pay-outs that will require cooperation from friends on alternate teams to make any free cash at all. Not totally surprised, but it seems like a letdown for many Pokemon GO fans.