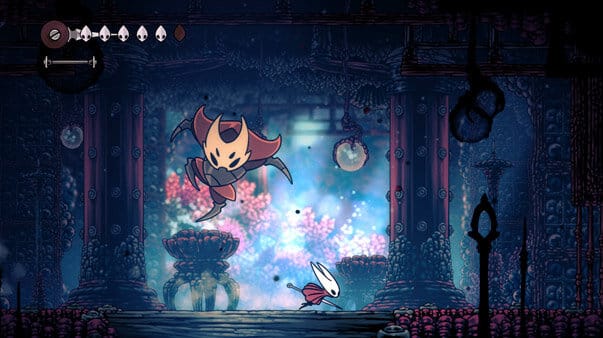 Team Cherry has good news for Sony gamers: Hollow Knight: Silksong is officially coming to PlayStation 4 (PS4) and PlayStation 5 (PS5). The official PlayStation Twitter account confirmed the news today, ending suspicion that the Hollow Knight sequel would be leaving those consoles out of its release plans. Today’s update may seem small, but after waiting years for any updates at all really, it’s always nice to see Team Cherry back in the news. You can now expect Hollow Knight: Silksong to come to PC, Nintendo Switch, PS4, PS5, Xbox One, Xbox Series X | S, and Xbox Game Pass when it launches… eventually.

Today’s nonchalant update follows a Hollow Knight: Silksong gameplay reveal that debuted during this year’s Xbox & Bethesda Games Showcase. That reveal showed a better look at the long-awaited follow-up, confirming that it will also be available on Xbox Game Pass on launch day and suggesting it will launch in or before June 2023. By offering a couple slight updates, 2022 has seemed to offer a more steady stream of information from Team Cherry than in the past few years.

Even so, we’re still waiting for a final Hollow Knight: Silksong release date. Stay tuned for more updates. Hopefully we won’t have to wait too long.