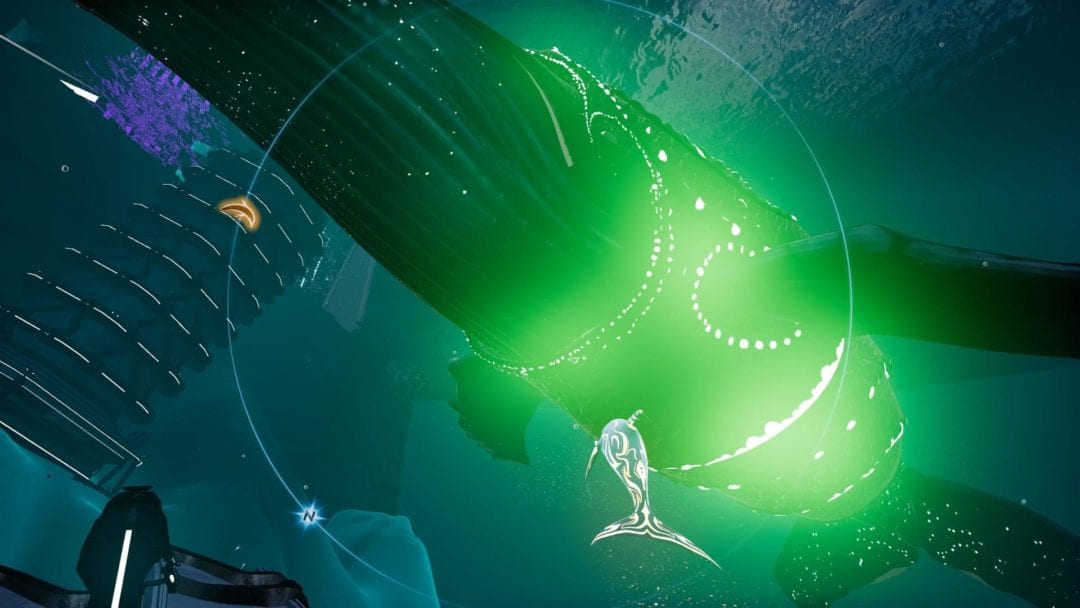 “Pioneers get the arrows. Settlers get the land.” This is one of those aphorisms that has calmed my nerves through the years. It’s reassuring to know that I’m not the only one suffering the natural growing pains that come with trying something new. I’ve experienced this in the past, when organizing gaming events, and most recently when I co-founded Tigertron with my longtime friend and colleague, Sam Kennedy, and my wife Joy. Tigertron is a game development studio with a twist, in that we are dedicated to making the kinds of games we want to play, but with the goal of helping to raise awareness about a number of environmental causes including climate change, species extinction and plastic pollution. There’s no set criteria as to what subjects we’ll use as inspiration, since it’s all interconnected anyway.

I’ve always been environmentally conscious, from my early teens when I first got certified for scuba diving, to my college years when I almost majored in marine biology instead of the illustration path I eventually took. I’ve always felt the pull towards environmental causes, but this feeling became more pronounced over the past decade thanks to documentary series like David Attenborough’s Planet Earth and The Blue Planet, and the movies The Cove and Racing Extinction. Watching these gorgeous yet heartrending documentaries filled me with inspiration and an urge to try something different, to — now that I have children — try and use my remaining time on this Earth to do something good instead of just working for another game studio making another game.

I think most game developers get into the game making business to bring their cool ideas to life and make the best games possible, but that wasn’t enough for me anymore. I felt like the medium is so evocative that someone should be using it to create interesting game worlds and — I really hate using this word — experiences. Jupiter & Mars, our first game developed as Tigertron, is an underwater adventure game, giving the player control of Jupiter and her companion Mars in an oceanic future-Earth that’s under siege by noise-polluting machinery and the industrial remnants of mankind. With the help of an ancient race of whales called the Elders, Jupiter and Mars venture out into the world to shut down the last remaining, man-made machines and restore life to the oceans.

As a bit of a loner, my favorite games have always been single-player games with stories that stick in my heart and mind long after I’ve finished them. The games that I drew upon for inspiration for Jupiter & Mars, Tigertron’s first game, are in the vein of Ico, Panzer Dragoon and Klonoa: Door To Phantomile. These games told their stories in different, more evocative ways, and a common thread in these games is that their finales were almost always bittersweet, if not outright tragic. CG cinematics were employed, but their stories were communicated wordlessly, or with minimal dialogue. And when there was dialogue, it wasn’t in English, which helped establish a more atmospheric and alien tone. Storytelling in Jupiter & Mars takes place wordlessly as well, at least in regards to the protagonists. Notable environmentalist Cristina Mittermeier provides light narration to set the tone in the game’s beginning, middle, and end, speaking from the perspective of one of the game’s elders, much like a Native American tribe leader might pass down legends through to younger generations.

Movies and music also played a role in how Jupiter & Mars formed over the years, too. One scene in which our characters enter a sunken stadium finds them introduced to the mother of a whale calf. In VR, when you see her enter the stadium from above you, this is a direct homage to the opening of Star Wars: Episode IV A New Hope, when the first Star Destroyer you see totally dwarfs Princess Leia’s tiny shuttle. There are tons of little nods to scenes from other movies, or things we drew inspiration from, like Vangelis’ soundtrack for Blade Runner, which informed our own soundtrack by our UK-based composer, Jon Atkinson.

Hopefully this is unlike anything you’ve ever seen or heard in this context before, and it’s safe to say the impact is much greater in VR than when played traditionally. The goal is to create a game that people remember years from now. I’d love nothing more than to create memories for gamers that they fondly reminisce about years down the road. If I can create interesting characters on a future Earth that make people wonder “Could this really happen?” and investigate further, then I’ll have achieved what I set out to do.

But to be honest, it has been difficult. When you’re going out of your way to start an environmentally active game studio — to my knowledge, we’re the only one out there — it’s to be expected that there will be growing pains. Personally I’ve been through this before when I co-founded BitSummit, the Japanese indie game show, with Q-Games. There was a lot of educating the people you want to collaborate with about your mission and goals, your intentions, and your projected outcome. Sometimes you don’t have all the answers you’re looking for. Sometimes when discussing your proposals with various possible partners, you find yourself being asked questions you hadn’t considered.

We weren’t always successful. Organizations like Parley (who collaborate with Adidas to use recycled materials in eco-friendly sneakers and engage in tons of other, high-profile collaborations around ecology) were cautious about who and how they leveraged their brand. They’re not a company that attaches their logo to a product and then sell it. For them it’s more about the collaboration and association, so a Parley + Tigertron team-up wasn’t necessarily a perfect match. They were, however, interested in connecting us with other like-minded organizations or environmentalists who could see the value in being exposed to the enormous gaming audience. Other companies had differing criteria.

I found out that timing was as important as who we were approaching. “When” can matter as much as why. Some organizations in the environmental field are so big that they have to decide very early in the fiscal year who they’re going to partner with so they can streamline how they allocate their manpower and assets. Most companies won’t just associate their name with any old team that comes along with bright ideas. You have to be able to prove what you’re doing, and with Tigertron being a new company with a new game and a new idea, it’s been an uphill battle. Some organizations in the eco-realm wanted to see how much money we could produce to essentially license their name. Money, in this case, would go to support an organization’s initiatives, assuming they trusted us enough to co-brand. But as a small, independent company, bankrolling a global organization hundreds of times bigger than us wasn’t a feasible option for Tigertron. So we kept looking. We’ve had some good discussions with various environmental groups, including various divisions at the United Nations, so even if Jupiter & Mars didn’t land some of these, hopefully we’ll find ways to work together in the future.

Eventually we had good discussions with a number of eco groups, but decided on moving forward with two whose work resonated with the themes in Jupiter & Mars: The Ocean Foundation and SeaLegacy are environmental nonprofits organizations whose work is complementary. The Ocean Foundation works in the unusual field of planting sea grass, an essential component to maintaining a healthy, breathable atmosphere on this planet. Sea grass is an unsung component of the planet’s ecosystem, and an integral part of ocean health, making it a perfect fit for Jupiter & Mars’ themes of oceanic rehabilitation. The Ocean Foundation was excited to work with us, and especially to get their message out to gamers.

SeaLegacy, our second partner, aims to use pictures to educate people about the effects of climate change on  the environment and animals. The organization was co-founded by two award-winning photographers — Cristina Mittermeier and Paul Nicklen — whose work can be seen in places like National Geographic, in TED Talks, at high-profile environmental seminars around the world, and at international photographic exhibits.

If you’ve ever seen a photo of a starving polar bear, chances are it was taken by Paul Nicklen. Once we had the opportunity to show SeaLegacy Jupiter & Mars, Paul appreciated not only Tigertron’s mission, but our methods. We aren’t demonizing any particular fish or animal in our game; it’s not bloody, and our game draws a lot of its game mechanics from real world science — for example, our “AHDs” are based on real-world acoustic harassment devices, designed to use audio signals to discourage certain fish and animals from entering an area. I originally designed a barrier-mechanic around this concept, only to discover it already existed. So we kept it in and enhanced it. Anyway, Paul’s enthusiasm was essential to getting SeaLegacy on board. We wouldn’t have known that the tail on one of our whale models needed correction without him; you can’t buy that kind of insight.

Cristina Mittermeier went even further for us. She enthusiastically provided the voice over narration of the game and even did a second pass after some feedback from me about her character, tone, and motivation. As an acclaimed scientist, photographer, speaker, and author, Cristina provides a warm, worldy, experience and it makes all the difference in the game. In essence, she is speaking from the perspective of one of the game’s “elder whales”’ which are described as the world’s storytellers who pass down the legend of Jupiter & Mars across the oceans, from generation to generation. Listening to the way she accents each note of the script gives me goosebumps. I can’t wait for people to hear it. Once you’ve got like-minded folks like this on board, things get a lot easier.

We aren’t making “edutaintment.” There’s nothing wrong with “educational software,” but that’s not what we’re doing. We certainly are trying to take real world situations and expand on them, but Jupiter & Mars is not an interactive textbook. We’re just trying to be faithful to the environmental circumstances and play out some of the possible consequences of humanity’s actions while also creating a unique playground around this concept. This is the space that Tigertron wants to occupy: somewhere in between the realms of technology and destroyed future worlds, with stories that will make your heart ache.