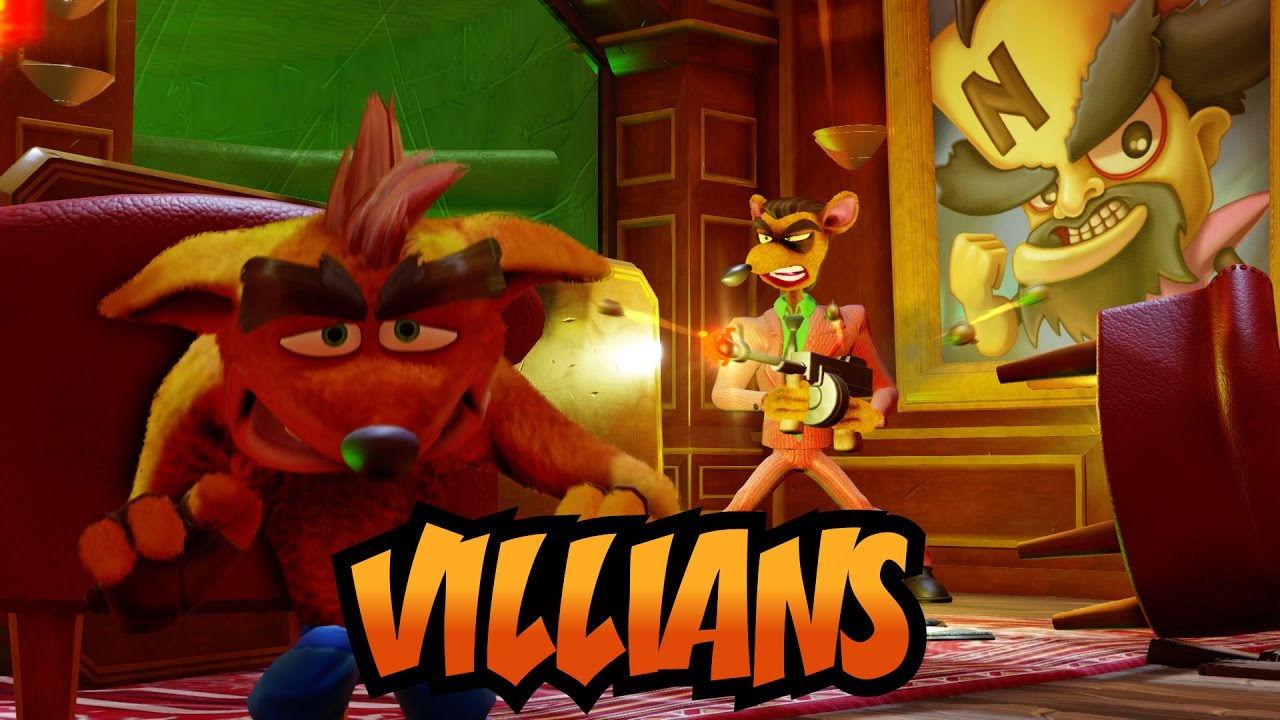 The bosses of Crash Bandicoot 1 don’t mess around, and if you’re experiencing the painful pleasures of the N. Sane Trilogy for the first time, here’s a few tips to help bring these bad guys down for the count.

Crash 1 isn’t exactly known for its high difficulty, but if reviews of Crash Bandicoot: The N. Sane Trilogy are to be believed, this game is a challenge akin to legendary tough games like Dark Souls. This simple writer disagrees, but that doesn’t mean these bosses are total pushovers.

Really, what makes them so tough is Crash Bandicoot’s lack of life. One hit and (sometimes!) it’s all over. Here’s a few tips and notes for each boss — what they do and how to hurt them.

There are six boss battles in Crash Bandicoot 1. Each boss is located in their own specific stage, so you can exit out and grab extra lives if you’re running low and try again.

Bosses can be tricky — mainly, because you’ll often have to beat bosses without taking a single hit.

Papu Papu is the first boss, and he’s pretty darn easy. He’ll stand in one direction and slam his staff on the ground, then spin it around his tiny arena.

To defeat him, just jump on his head. Stand behind him, whatever direction he’s facing, and wait for him to slam his staff down. When he begins to spin, bounce off his head. About 5 hits is all it takes to bring this guy down.

The arena is set on a 9 block grid. Ripper Roo bounces from one platform to the next. He’ll always face in the direction he’s about to jump, so this is all about survival — if he jumps on Crash’s head, it’s all over!

To damage Ripper Roo, you’ll need to bounce on the “BIG TNT” crates so they explode when Ripper Roo is on an adjacent platform. Get three hits with the TNT and you’ll win.

Ripper Roo doesn’t particularly care about Crash. He seems to jump in totally random directions. Meanwhile, the Big TNT crates will spawn from the waterfall and slowly move down the screen until they’re replaced.

To win this fight, watch Roo’s directions, wait for three Big TNTs, and try to set them all off with a jump, starting the timer and giving you a pretty good chance of landing a hit on Roo. Be patient, and watch Roo and you’ll be able to avoid his hops.

The super-strong Koala Kong hangs out on one side of the arena and tosses rocks while explosive crates fall at your feet. To damage Koala Kong, wait for the big guy to lug (and throw) a big rock.

The big rock can still hurt Crash, so dodge and wait for it to settle on the ground. When it does, Koala will begin to laugh. That’s your cue to spin-attack the boulder and smack Kong in the face.

Hit Kong four times to defeat him. The tricky part is surviving — you don’t need to move around the environment or anything. Just jump when Koala is about to throw to bounce over the rocks. That works with the big boulders, too.

So move left and right to avoid TNT, then jump to avoid rocks. You’ll also need to watch out for the background mine carts — hit the big boulder when there isn’t a mine cart blocking the path to Koala.

The gangster Pinstripe Potoroo is armed with a tommy gun and sprays bullets at Crash in his office. He likes jumping around, shooting bullets everywhere and laughing.

Use the chairs to take cover, then attack Pinstripe when he’s busy reloading. The easier time to attack is when he moves from the left / right side and side-steps in front of his desk.

You can also attack Pinstripe when his gun jams while he’s standing in the left / right corners of the room. Hit him six times — the final hit happens when he’s standing on top of his desk. Just wait for a jam then attack!

Dr. Nitrus Brio, Cortex’s top lackey, fights you in a small lab filled with chemicals. No, you can’t attack Nitrus directly, you’ll need to hit him with his own green chemical medicine.

Brio throws one of two attacks at Crash. He’ll either toss a purple vial that explodes in a puff of poison vapor, or throw a green vial that creates a slime monster.

To damage Nitrus, jump on the slime monster. It will launch back and hit Nitrus — it takes seven hits to bring down Nitrus.

At first, Nitrus will only throw a single attack at a time, but as you damage him, he’ll begin throwing a series of three purple vials and two green vials at once.

If you’re fast, you can jump on the slime monsters before they fully come to life. Don’t try using the spin attack, the jump is your best bet. When he begins throwing more than one slime, hop on the first one, then weave until the second / third stops for a moment, giving you an easy opening to jump.

When he throws purple vials, run and jump from the center, back-left and back-right corners. If they’re about to hit you, jump!

It takes three rounds of slimes to bring Nitrus down. Or does it? When Nitrus is at one HP, he’ll drink both potions and transform into a giant green hulk with three more hit points.

Super-Nitrus slams his fists on the ground and slowly approaches Crash. Before he does, hop onto the stone block that falls from the ceiling and use it to jump on Nitrus’s head when he’s close.

Be patient, sometimes it takes time for Nitrus to start getting close, but when he does, jump on his head before he crushes Crash. Three hits and the boss is over.

The last boss, Dr. Neo Cortex himself, flies on a jetpack while shooting at Crash with his blaster. Dodge the purple shots and spin-attack the green shots to damage him — you’ll know a green shot is incoming when Cortex fiddles with his gun after finishing a round of purple blasts.

After taking a hit, Cortex changes his strategy and shoots to the left / right of the screen. When that happens, a purple energy ball will slowly appear and move horizontally across Crash’s small available area. They’ll appear low or high — if they’re low, jump over. If they’re high, just stay on the ground.

The green shots get trickier too — you’ll need to hit BOTH green shots to damage Neo Cortex a second time.

The third round, Cortex adds two new tricks. First, he’ll shoot a green blast, which you’ll need to hit with a spin-attack before continuing his purple shots, and he’ll add diagonal-moving purple shots that move horizontally from the left / right sides of the screen.

At the end of the diagonal-shooting round, you’ll need to hit both green blasts. If you only hit one, you’ll have to restart the round. But, you only need a total of three green blasts. The energy doesn’t dissipate between rounds.

The fourth and fifth rounds are much, much easier. For the fourth round, simply run as Cortex shoots a barrage of purple blasts, then hit both green energy shots. That brings him down to one health.

When he’s at one health, he’ll shoot one more green blast that you can hit back at him to win the battle.

That covers all the bosses in Crash 1! We’re working our way through Crash 2 and Crash 3, so watch out for more guides, secrets, and cool stuff.