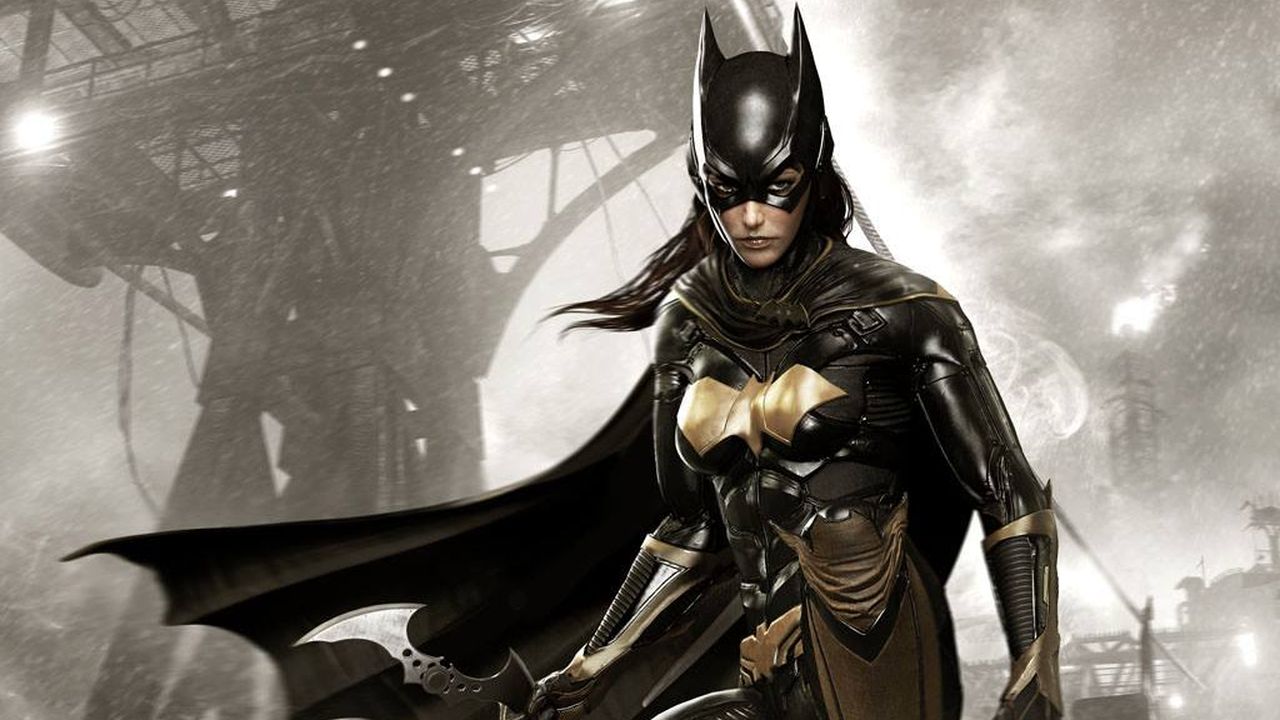 Making her Arkham series debut, Batgirl uses hacking to trick or terrify Joker’s army of henchmen and rescue her father from the Clown Prince’s clutches. While rescuing hostages and defusing bombs, Batgirl can also solve four special puzzles hidden around the park grounds.

Completing all four minigames unlocks a secret room with a final audio log collectible. Get the most out of this bite-sized DLC with our puzzle solutions guide and learn about the Joker’s connection to the creepy abandoned oil platform.

‘All Snug in Their Beds’ Puzzle Locations & Solutions Guide

To complete this trophy / achievement, Batgirl must find and solve four puzzles scattered across the derelict theme park. Completing a puzzle unlocks an audio log from the park’s creator. 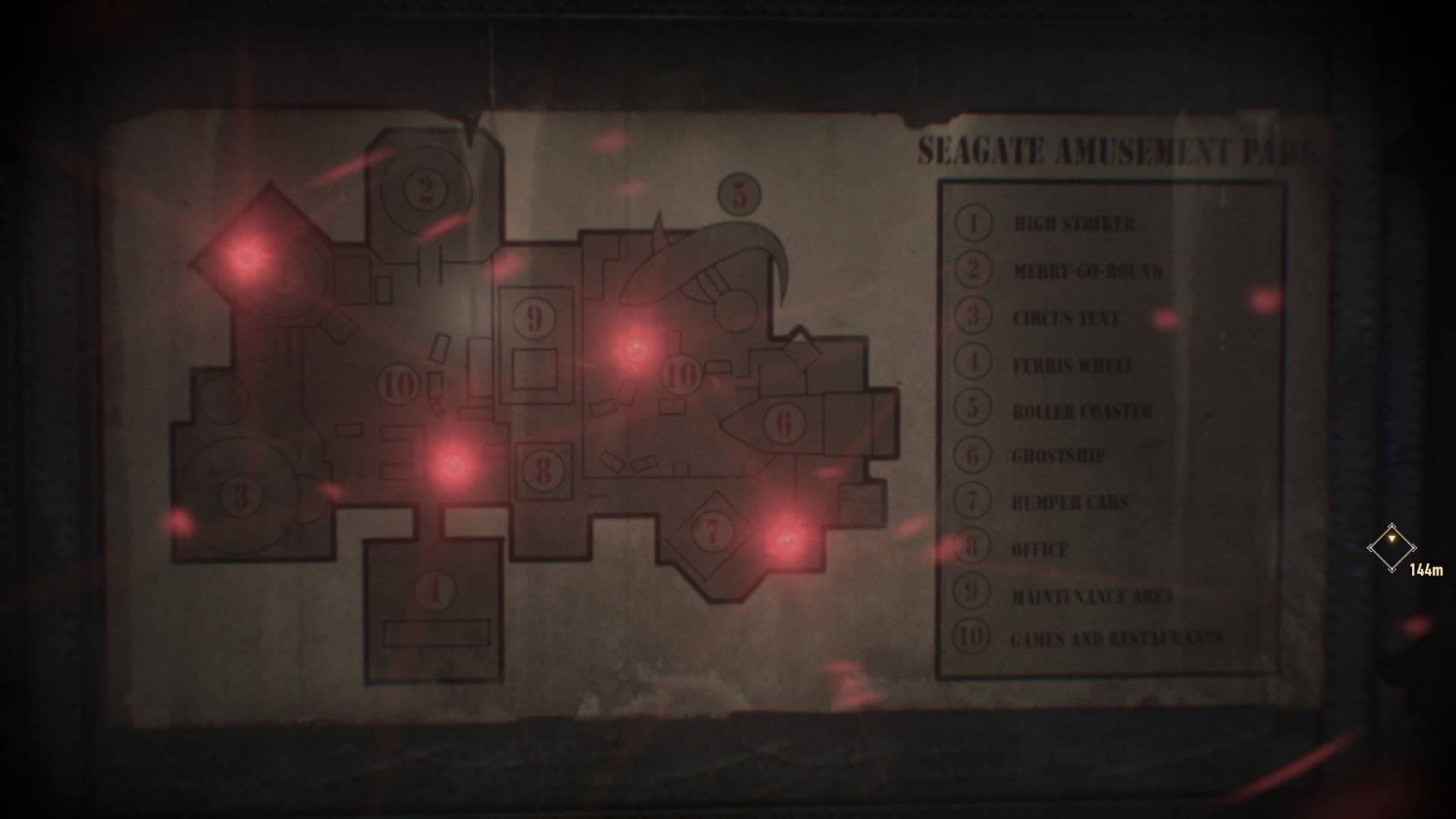 Travel to the center of the park’s exterior to find the locked office door, attached to the shorter building south of the oil derrick tower. The building has a water tower on top. This area becomes available once Batgirl completes the ‘tutorial’ section and scans for three hostages.

The office door is to the right of a map with four blinking red lights. When a puzzle is completed, the light switches from green to red. Once all four lights are green, the office door will unlock. The fifth and final audio log is inside. Activate it to unlock the trophy / achievement.

Note: There are five audio logs and four puzzles required to unlock the ‘All Snug in Their Beds’ trophy / achievement.

Puzzle #1: Shooting Fish in a Barrel

This puzzle is located in one of the stands between the Great White ride and the Ghost Ship. Use Batgirl’s hacking device on the terminal to raise the shutter.

There are two rows of red and green fish, along with a timer. Switch to the batarang and carefully target the green fish only. Hitting green fish rewards you with more seconds on the timer. Red fish will decrease your time limit. 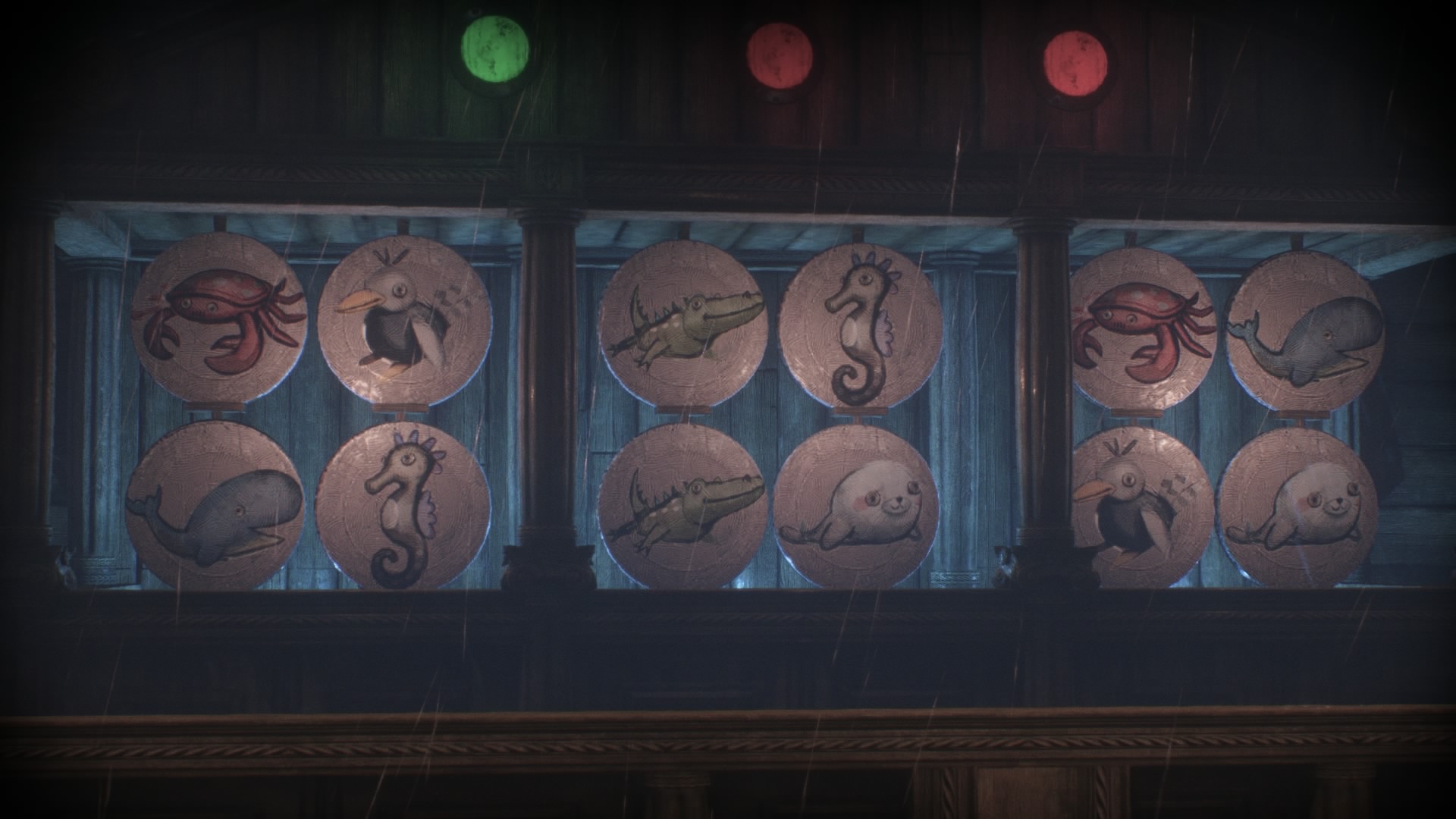 Look in the stands north of the Ferris Wheel. Use the hacking device on an orange terminal to reveal circular discs with hidden animal pictures. Use the batarang to target and hit discs to flip them around one-by-one.

To complete this puzzle, you’ll need to match the identical pairs of animals in three tries or less. If you’ve got a bad memory, check out the screenshot for a complete overview of animal locations.

The pattern is always the same between playthroughs and after resetting the minigame. Just keep trying and revealing animals to find them all.

South of the Ghost Ship attraction, you’ll find a small building between the ship and the Bumper Cars area. Enter through the open doorway in the southeastern corner of the park.

Hack the orange glowing terminal, then look down. There are several bumper cars blocking the way for a colorful pink car. The goal here is to move the glowing bumper cars by activating them with the hacking device and making a clear path for the pink car to reach the end of the path.

Now you can clear all three horizontal cars ahead of the pink car out of the path. Activate the pink car to finally complete this puzzle.

The last puzzle is above the entrance in the northwest corner of the park. This is the High Strikes attraction. Defeat the goons around it and activate the puzzle with your hacking device on another orange terminal.

When the attraction is active, the lights around the center star platform will light up. You’ll need to glide above and dive down, landing on the star.

To solve this puzzle, grapple to the highest point in the park. Zip to the top of the central oil derrick tower. There’s a Harley Quinn present box at the peak.

Glide toward the High Strikes target, then when you’re above it, hold [R2/RT], adjusting your trajectory as you go, and slam into the star.

With all four puzzles solved, enter the park office in the center of the area and activate the last audio log to earn your trophy / achievement.

All Snug in Their Beds (Silver / 10 points):
Uncover the secret history o the park.